Monday, June 1 at 5 p.m. is the deadline to suggest a species name for a new genus of trapdoor spiders that UC Davis professor Jason Bond  discovered on a sandy beach at Moss Landing State Park, Monterey County.

Bond proposes to name the genus, Cryptocteniza, part of which means “hidden or secret.”

Bond will announce several of the best names at the Bohart Museum of Entomology pending virtual open house on the Bohart's Facebook Live page. He will also field questions about spiders. The first Bohart Museum virtual house spotlighted director Lynn Kimsey talking about bees and wasps.

Bond is submitting a manuscript to a scientific journal on the new genus.  He and manuscript co-author Joel Ledford, assistant professor of teaching, UC Davis Department of Plant Biology, will select the winner. Ledford, whose research interests include spider systematics and biology education, interviewed Bond May 18 for his Tree of Life-UC Davis YouTube channel. It is online at https://www.youtube.com/watch?v=NV_eTablJMk.

He does not want it named Bond or anything to do with the coronavirus pandemic.

Bond discovered the female spider in 1997 on the sandy beach, and collected the male spider last fall. It is rare to find a genus in the field, the professor said. The usual place is in museum collections.

“I have only one male specimen,” Bond told Ledford. It will find a permanent home in the Bohart Museum.

Bond believes the genus is found only in that area, but thinks it may be closely related to a genus found in New Mexico and Arizona. 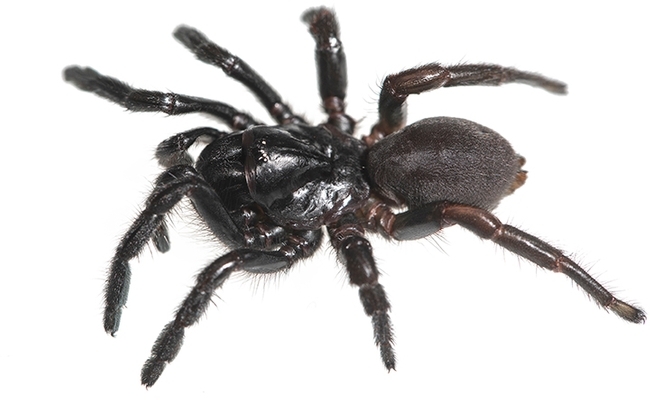