Jessica Macaluso won first-place in the science, engineering and mathematics category of the Norma J. Lang Prize for Undergraduate Information Research.
This is a story about how a student's "A" term paper in an entomology professor's went on to win a campuswide competition.

When UC Davis fourth-year student Jessica Macaluso enrolled in a longevity class taught by UC Davis distinguished professor of entomology James R. Carey, she was pleasantly surprised to learn of his expertise in teaching students to write research papers.

Macaluso not only got an "A" but she won the top prize in the science, engineering and mathematics category of the Norma J. Lang Prize for Undergraduate Information Research. She received $1000, and her research paper, “The Biological Basis for Alzheimer's Disease," will be published in eScholarship, an open-access scholarly publishing service affiliated with the University of California.

The Lang Prize recognizes undergraduate students whose research projects make extensive use of library resources, services and expertise. First, second and third-place prizes are awarded each year in two categories: science, engineering and mathematics; and arts, humanities and social sciences. Second place in the science, engineering and mathematics category went to Vincent Pan, a student doing research in the lab of ecologist Rick Karban, UC Davis Department of Entomology and Nematology. His paper: "Recent Advances in Elucidating the Function of Zebra Stripes: Parasite Avoidance and Thermoregulation Do Not Resolve the Mystery." (See all recipients at https://bit.ly/3cPPsNt.) UC Davis distinguished professor James R. Carey teaches his students to write research papers.
In her abstract, Macaluso defined dementia as “a chronic ailment that results in severe alterations to the brain. Many forms of dementia exist such as Lewy body dementia, frontotemporal dementia, Wernicke-Korsakoff syndrome, and Alzheimer's disease. Alzheimer's disease is the most prevalent form of dementia and affects millions worldwide every year. Common symptoms of this disease include impaired thinking or an inability to make proper judgments.” 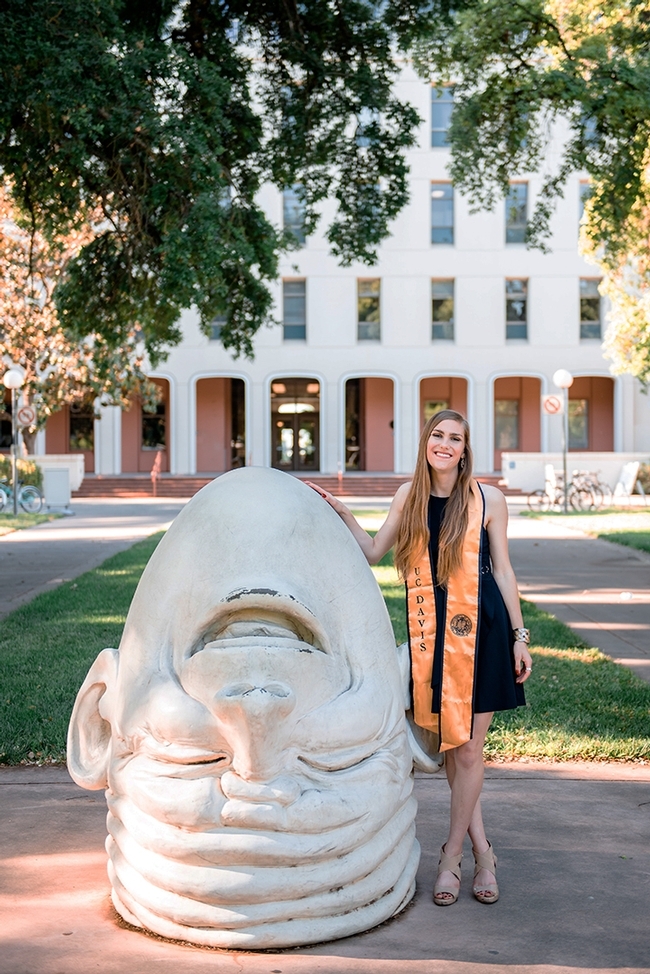 UC Davis fourth-year student Jessica Macaluso stands next to artist Robert Arneson's egghead sculpture in front of Mrak Hall. She will receive her bachelor's degree in psychology this fall. 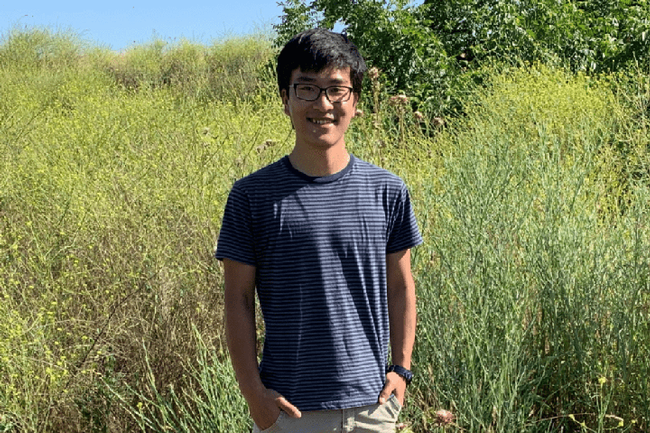