Bug Squad
sitenum=63
Happenings in the insect world
Bug Love: How Much Do You Know About Insect Courtship and Intimacy? Dragonfly courtship and intimacy will be among insect behavior discussed during the Insect Palooza Happy Hour on June 25. (Photo courtesy of SaveNature.org)

It's all about insect courtship rituals and intimacy, or what entomologists sometimes call "insect wedding photography."

The Bay Area-based SaveNature.Org, a non-profit conservation organization, and its Insect Discovery Lab will sponsor an "Insect Palooza Happy Hour!" on Thursday, June 25 from 4 to 5 p.m. on the Zoom live video platform.

"Insects inspire our emotions--find out about mate guarding and courtship rituals," says Gershenz, who estimates the world insect population at more than 50 million species.

The Insect Palooza is limited to 25 adult participants. Registrants (register here at $15 per person).will receive a unique link.  The virtual event will start exactly at 4 p.m., with 5-10 minutes allocated for questions and answers at the end of the program.

Gershenz and his wife, Leslie-Saul Gershenz, Ph.D., a bee scientist with the USDA laboratory on the UC Davis campus (she holds a doctorate in entomology from the UC Davis Department of Entomology and Nematology), co-founded SaveNature.Org. Their work has drawn a number of awards as well as international attention from National Geographic, Time magazine,  ABC's "World News Tonight," and other news media.

SaveNature.Org, dedicated to international conservation, has raised more than $4.7 million to help preserve thousands of acres of rain forest, coral reef and desert habitat around the world, said Gershenz, who created and developed the first Adopt-an-Acre program in the United States, as well as the award-winning Conservation Parking Meter. His credentials include 18 years with the San Francisco Zoo as an educator, member of the animal care staff, fundraiser, and researcher. In addition, he has worked as a field biologist and naturalist in Borneo, Malaysia, India, Nepal, Costa Rica and Namibia. 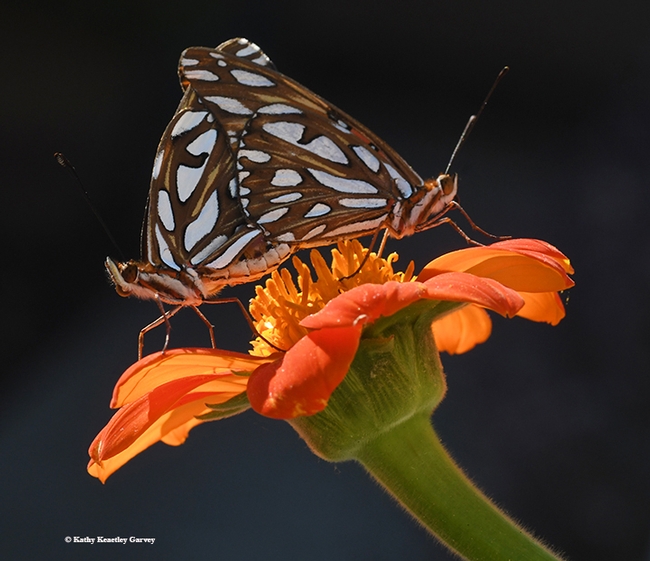 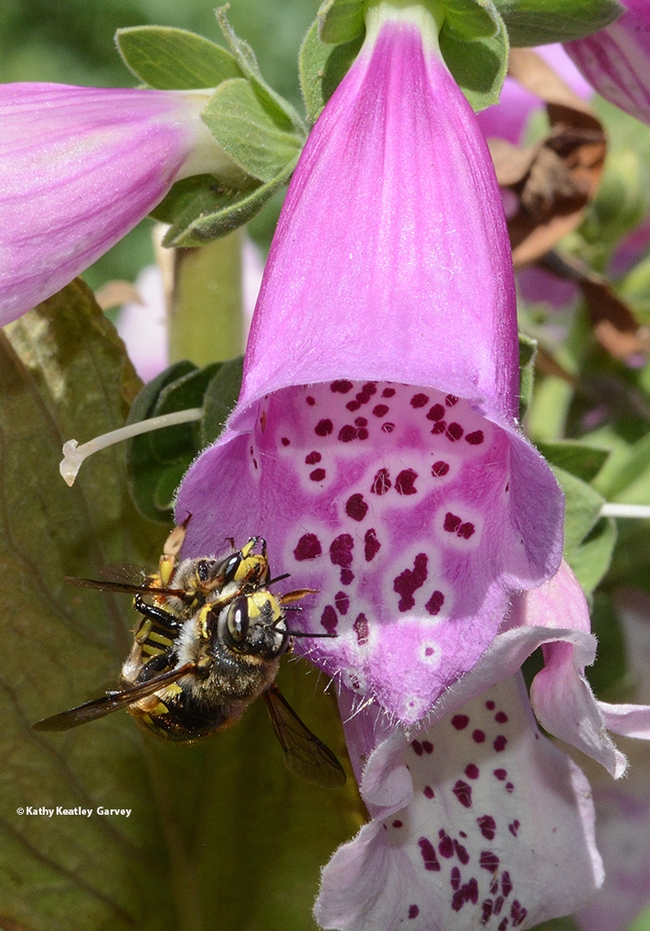 Two European wool carder bees (Anthidium manicatum) find one another on a foxglove. This image was taken in Vacaville, Calif. (Photo by Kathy Keatley Garvey) 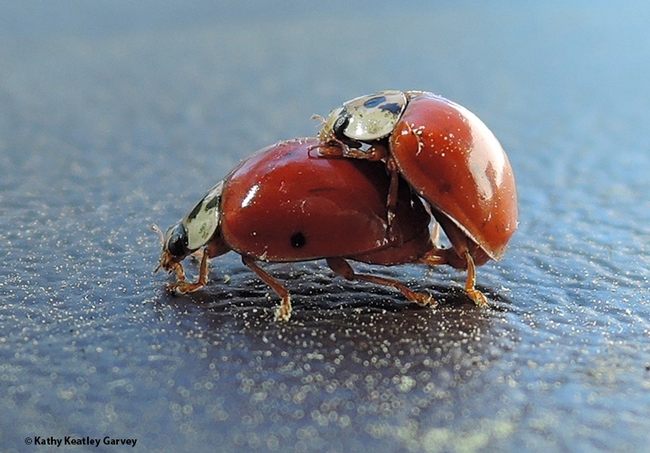