The rains are gone and the hills are drying. The weeds in the orchards that aren't being hit by the irrigation water are drying up, as well. During winter and early spring, false chinch bug primarily feeds on foliage, stems, and seeds of wild grasses and cruciferous weeds. When vegetation dries or is cut, or weeds are treated with a herbicide, bugs move in large numbers to feed on virtually any nearby green plants, including irrigated avocados and citrus. These feeding aggregations can be very large. And the calls come in.  Why they are called "false" is hard to say, because they can sure seem real.

The false chinch bug (family Lygaeidae) adult (above) is mostly light to dark gray, elongate, and about 0.12 inch (3 mm) long. Females lay eggs on host plants or in cracks in soil. The mostly pale gray nymphs have inconspicuous reddish to brown abdominal markings. There are from four to seven generations per year. All stages can be present throughout the year.

False chinch bug occasionally causes severe injury on young trees by sucking sap from shoots and young stems. Infested shoots wither and die suddenly after attack, which typically occurs in May and June. Economic damage normally occurs in groves away from the coast only on young trees in border rows adjacent to uncultivated areas or grasslands. Otherwise healthy mature trees tolerate bug feeding. So what to do? Monitor during late winter and early spring if young avocado/citrus trees are growing inland near unmanaged areas most susceptible to false chinch bug migrations. Before winter weeds dry or are cut, look for bugs on fences and weedy areas adjacent to young trees.

If false chinch bugs are common, consider treating weedy borders to kill bugs before they migrate. Only border trees may need treatment.

There are other insects that can cause these feeding symptoms, such as stinkbugs, and leaf blight can look very similar to the feeding damage that these insects do.  So make sure, it is false chinch bug that is causing the problem and not an irrigation issue.

This is a lousy close up of a nymph The tree damage images below were provided by Tom Roberts, Integrated Consulting Entomology 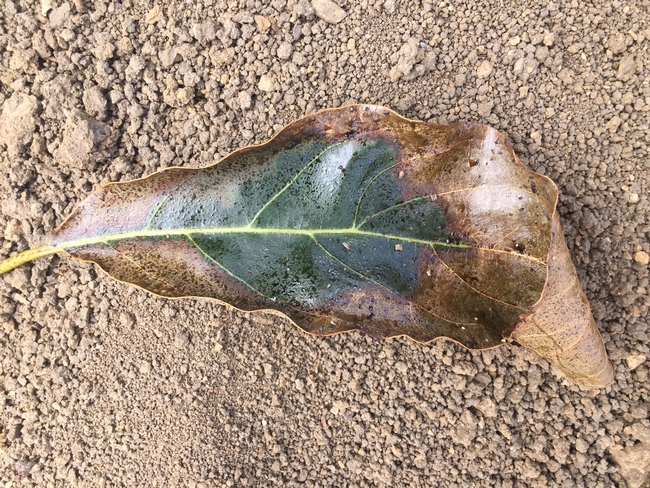 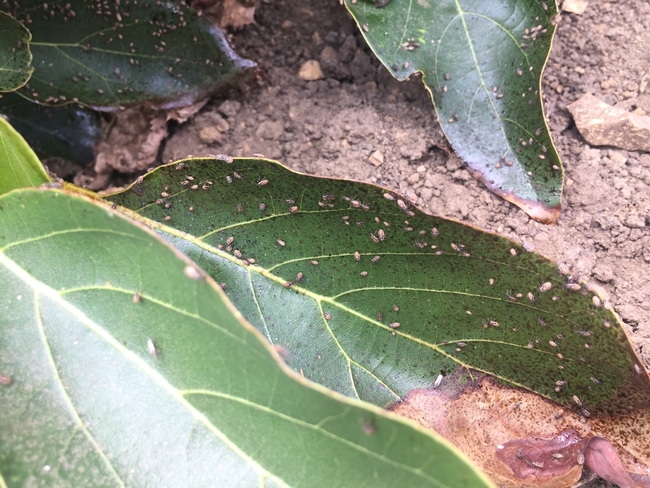 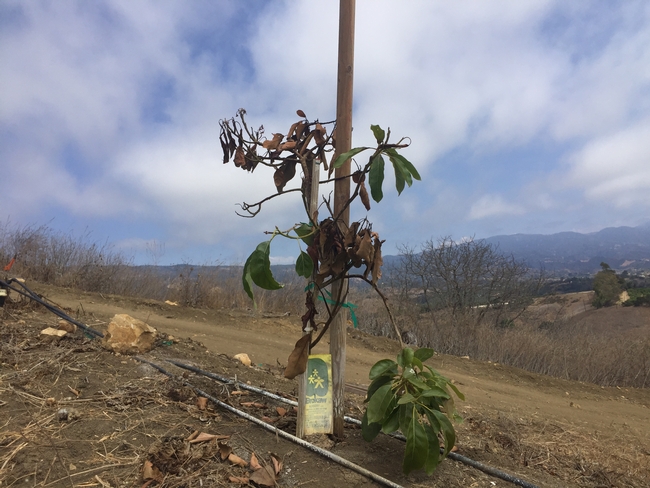