Some folks request a "spider alert" because they cringe in horror when they see an image of the eight-legged critter.

On Tuesday morning, July 7, we watched a crab spider claim  a Mexican sunflower (Tithonia rotundifolia) in our pollinator garden in Vacaville, Calif.

UC Davis Professor Jason Bond, a noted spider authority and the Evert and Marion Schlinger Endowed Chair in Insect Systematics, Department of Entomology and Nematology, identified it as "a mature male,  likely a Missumessus species (Thomisidae, crab spider). He's a bit lighter in coloration than I might expect--probably recently molted to maturity."

This little charmer peered at us, figured we were no threat to his well-being, future predatory plans or life goals, and struck a few "Arnold Schwarzenegger poses."

Then he vanished like yesterday's dreams, today's plans and tomorrow's promises. Haven't seen him since.

A pollinator garden is a good place to "bee" when you are a predator.

Frankly, spiders are fascinating, they are beneficial, and they are our friends. We ought to appreciate them more.

In a recent Bug Squad blog, we asked Professor Bond for five good reasons to like spiders. He obliged:

“Spiders are an incredibly diverse group with more than 50,000 species described with probably another 200,000 remaining to yet be discovered,” Bond related.  “They are quite ancient, with fossils dating back well over 300 million years and are known to be exclusively predatory.”

Stay tuned for an upcoming virtual open house on spiders hosted by the Bohart Museum of Entomology and featuring Professor Bond. It's free, family friendly, and questions are encouraged.

Meanwhile, the Bohart Museum will be hosting a Virtual Moth Night Open House from 1 to 2 p.m. on Saturday, July 25. Entomologist Jeff Smith, who curates the Lepidoptera (butterflies and moth) collection, will discuss and show moths and answer your questions. Tune in on the Bohart Facebook Live page. It also will be recorded for later viewing. 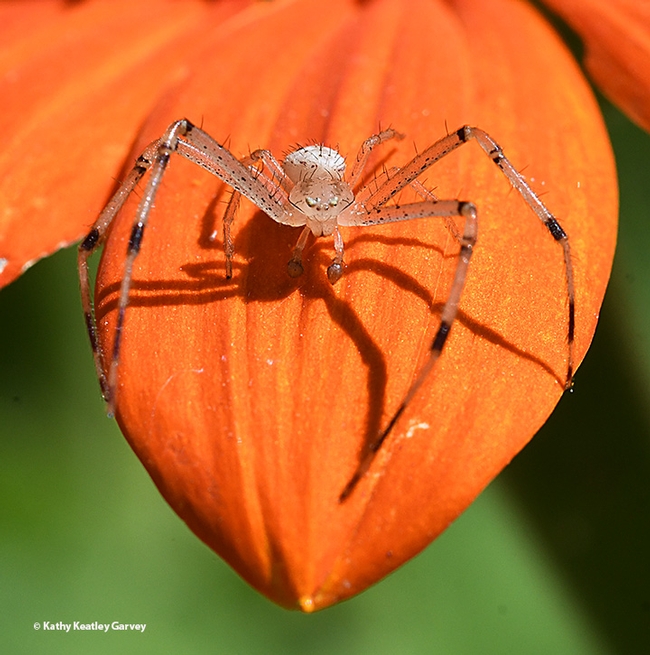 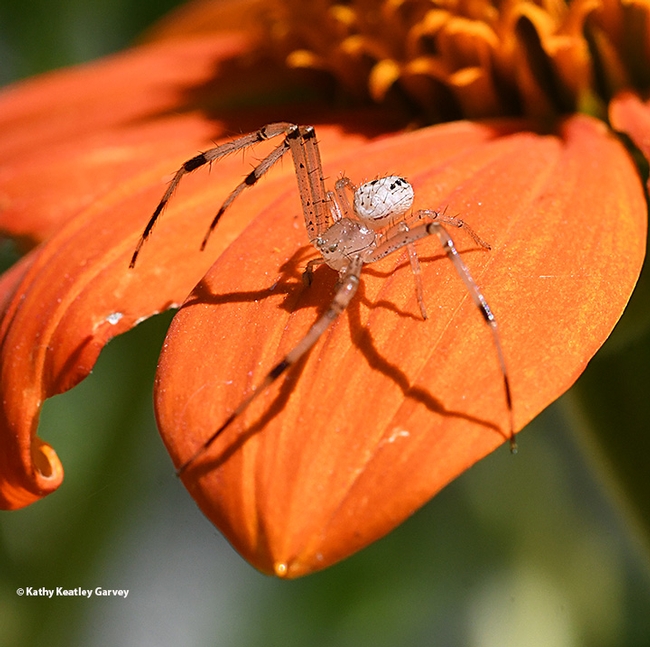 "Hey, I'll pose for a side view." A male crab spider scuttles around on a Mexican sunflower (Tithonia rotundifolia). (Photo by Kathy Keatley Garvey) 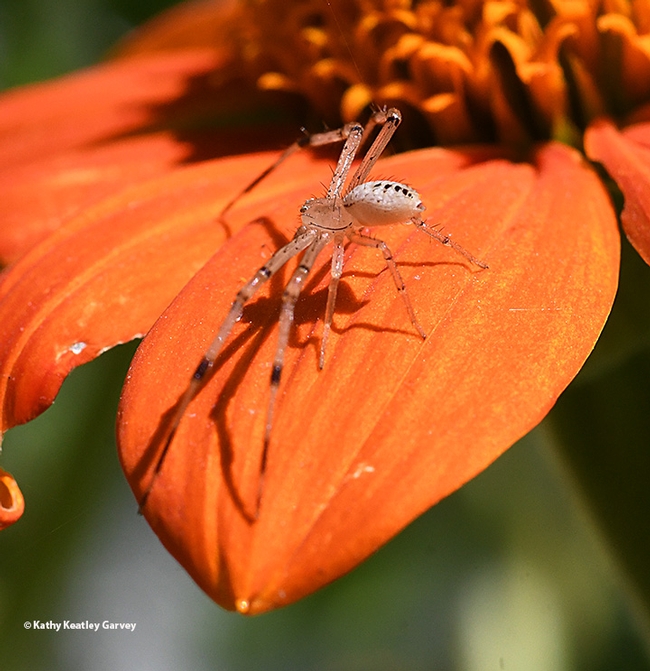 "Is this my best side?" The male crab spider strikes a "pose" for the camera. (Photo by Kathy Keatley Garvey) 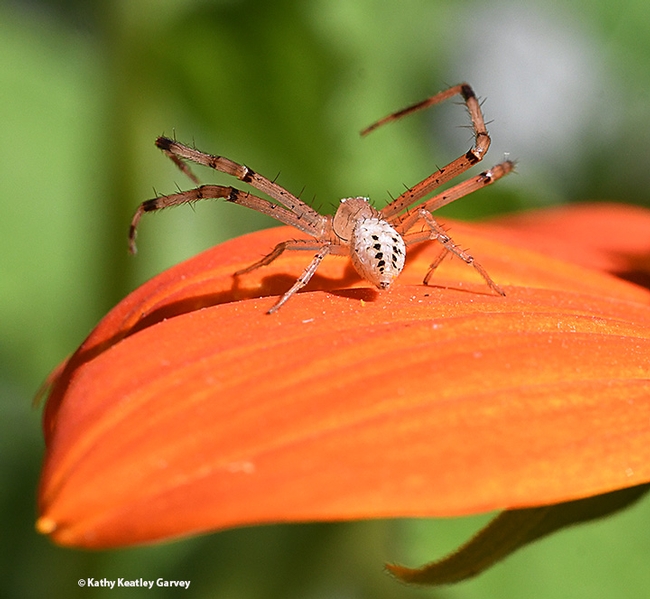