A New Threat to California's Oak Trees
Published on: July 20, 2020
The Mediterranean Oak Borer (Xyleborus monographus) is an ambrosia beetle that was found infesting several valley oak trees in Calistoga, (Napa County) California in 2019.
The extent of its distribution within Napa County and neighboring Sonoma and Lake Counties is currently undetermined. It is not believed to have spread to other parts of the state. However, there is considerable potential for the beetle's range to expand as they can be moved in infested wood and the females can fly. Native to Europe, the pest is found in a variety of climates, including Mediterranean, and it is likely capable of establishing over much of California.
In Europe, the beetles are known to attack a moderate range of trees in the oak and beech family, but that range could be much narrower or broader in California. They appear to prefer to infest trees that are already suffering from drought or other pests or diseases. California forests are periodically under stress from drought, fire, and disease, so they may be especially vulnerable to this beetle. 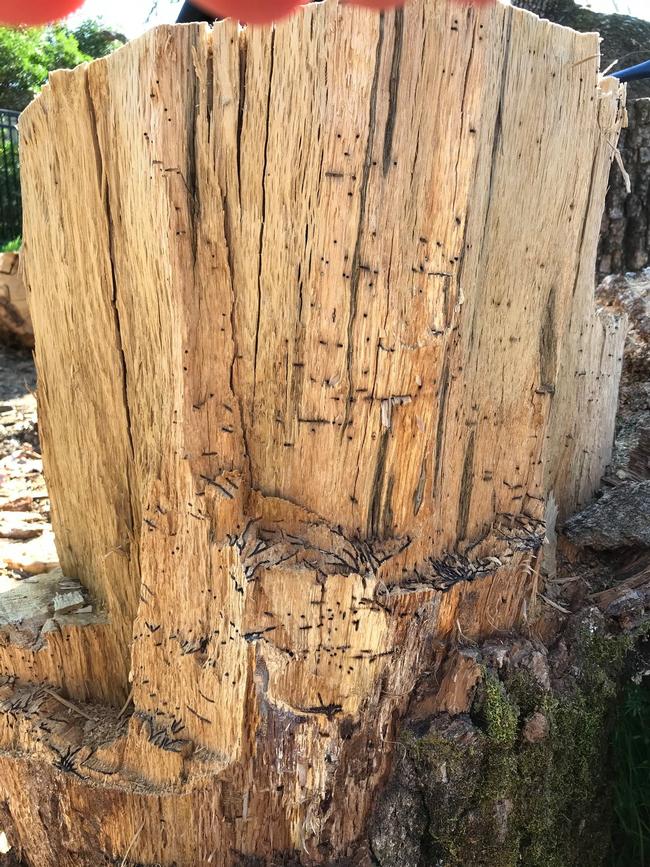 Adult females tunnel into trees, usually at points where the bark is thin or cracked, leaving entry holes measuring around 1/16th of an inch. Inside their branching tunnels (referred to as "galleries"), they introduce fungal spores that grow in fungal "gardens." Besides being the primary food of the beetle larvae and adults, the fungi may damage or kill the tree over time. The trees associated with the 2019 finds of infestation in Calistoga showed symptoms including wilting, defoliation, and broken branches, and the infested wood was discolored, presumably by the fungus. In addition to injuring or killing living trees, the beetles are reported to damage cut oak wood.
In Napa County, the beetle has been observed to colonize trees from the top, sometimes starting from branches high in the canopy, and then as the population slowly expands, reaching massive densities in the lower trunk. This is a behavior known for the invasive shot hole borer that is currently threatening a wide variety of trees in Southern California, but not for the Mediterranean oak borer in its native Europe. 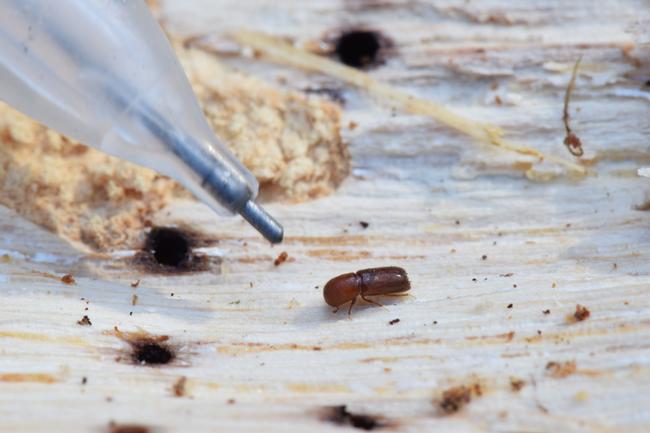