In fact, it's the cover story in the journal Insect Systematics and Diversity.  Bond's image of the spider graces the cover.

And it's apparently the first spider research paper published in the journal.

The title: "Phylogeny, Evolution, and Biogeography of the North American Trapdoor Spider Family Euctenizidae (Araneae: Mygalomorphae) and the Discovery of a New ‘Endangered Living Fossil' Along California's Central Coast."

Bond, the Evert and Marion Schlinger Endowed Chair in Insect Systematics, UC Davis Department of Entomology and Nematology, discovered the female spider in 1997, and figured at the time it might be a new genus. But despite repeated trips to the site, he could not find a male for 22 years. The male proved elusive until pitfall trap sampling in the fall of 2019.

It is rare to find a genus in the field, the professor said. The usual place is in museum collection.

Name That Species
Bond named the genus Cryptocteniza and then launched a "Name-That-Spider" contest that drew some 200 entries from all over the world. Entomologist Kirsten Pearsons, a UC Davis alumnus who holds a doctorate in entomology from Pennsylvania State University, submitted the winning species name, “kawtak,” the Mutsun tribe name for "seashore."  The Native American tribe settled in that area.

The journal article details the spider's phylogeny, evolution,biogeography and discovery. Co-authors are Chris Hamilton, assistant professor in the Department of Entomology, Plant Pathology and Nematology, University of Idaho, Mosco of the University of Idaho, Moscow; two Bond lab members, doctoral student Rebecca Godwin and project scientist James Starrett;  and Joel Ledford, an assistant professor of teaching in the Department of Plant Biology, College of Biological Sciences. Cover image of Jason Bond's newly discovered trapdoor spider, Cryptocteniza kawtak, in the current edition of the journal, "Insect Systematics and Diversity." (Photo by Jason Bond)
The authors reconstructed the spider's evolutionary history: its extinction following the Miocene epoch, 23.03 to 5.3 million years ago and the establishment of a Mediterranean climate. “Owing to its phylogenetic distinctiveness, incredibly narrow distribution and age, we show that Cryptocteniza meets all the criteria of an ‘Endangered Living Fossil' and is consequently of grave conservation concern,” Bond earlier said.

Of the genus name, Cryptocteniza, Bond says that the adjective “hidden or secret” is prefixed to Cteniza, the Greek feminine noun “comb.” The latter refers to the comb-like rastellum (row of stiff spines on the chelicera) common in taxa and formerly assigned to the spider family Ctenizidae (e.g., Eucteniza). The prefix refers to both the diminutive form of the rastellum and the seemingly “hidden in plain sight” nature of the genus, he says. Bond credited Vera Opatova, a postdoctoral fellow in his lab, with helping to formulate the genus name.

The newly discovered spider has not only drawn widespread interest in the scientific world, but in the news media. A Sacramento television program, Good Day Sacramento, today featured the UC Davis professor, the spider, and the naming contest in an informative and entertaining segment. Host Cody Stark suggested that the next spider ought to be named "Cody" and spelled it out: "C-O-D-Y." 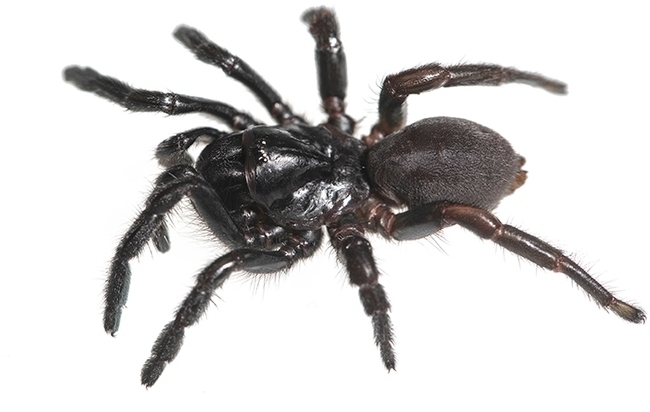 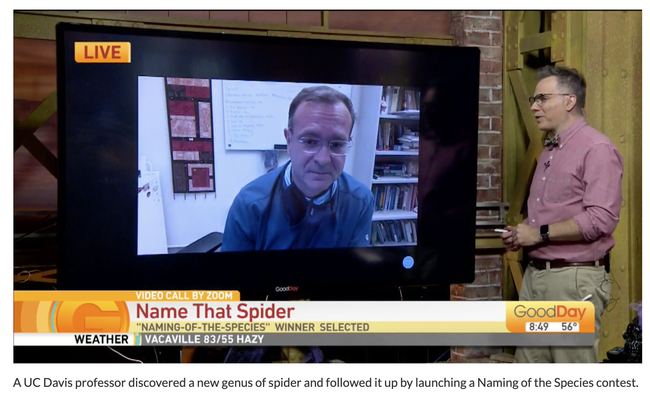