A pipevine swallowtail nectaring on wild radish on Jan. 25, 2014 along Gates Canyon Road, one of Art Shapiro's transects. (Photo by Kathy Keatley Garvey)
Note: We asked butterfly expert Arthur "Art" Shapiro, distinguished professor of evolution and ecology at the University of California, Davis, to comment on the effect of the California wildfires on butterflies and their habitat. He has been studying the butterfly populations of Central California since 1972 and maintains a research website at http://butterfly.ucdavis.edu. His piece:

Rising from the Ashes--Some Day

People ask me all the time where butterflies go when it rains. Now they're asking me where they go when it burns.

In a word, to the Elysian fields. They have nowhere else to go!

The unprecedented wildfires have destroyed very important butterfly habitats in 2020, particularly in the High North Coast Range where a million acres – mostly in the Mendocino National Forest – have burned. We have been doing biogeographical survey of the butterfly faunas of this region beginning in 1974.  Earlier fires largely removed the fir forest from the upper reaches of Snow Mountain (summit 7056'), leaving it covered in successional montane chaparral. But Goat Mountain (6112'), Hull Mountain (6831'), Anthony Peak (6958'), and Black Butte/Mendocino Pass (7455') still had many intact plant communities containing rare and relict species (many of which were isolated and far-removed from their core ranges in the Sierra Nevada and/or the Klamath Mountains). These included very rare wet meadows (as at Plaskett Meadows near Mendocino Pass) and treeless “balds” on rocky summits, usually facing southwest, producing a simulacrum of alpine fell-fields typically found several thousand feet higher.

We had documented roughly 115 species of butterflies in these places. Some, like the Nevada Arctic (Oeneis nevadensis) and the Arctic Skipper (Carterocephalus palaemon) were at their southernmost range limits, not just in the Coast Range, but globally. One butterfly new to science, the Bald Hills Satyr (Cercyonis incognita), was discovered at mid-elevation on Goat Mountain (100% of which burned) and in a few spots farther north.  All of its known habitats may have burned—we won't know until we can get in, not before next year—and it is possible that it is extinct. In addition, we discovered that the widespread, familiar Pine White (Neophasia menapia) was apparently two sibling species on Goat Mountain and near Seven Troughs Spring in the Mendo Pass area, flying several weeks apart and with morphological differences. We did publish that one! All the known localities for the late-season entity have burned, too. This situation is of special interest because the idea that species could originate through temporal isolation has been discussed for many decades, but rarely if ever firmly documented. (The classic case, in field crickets, has been falsified by DNA analysis.) We have to be thankful that we got the data we did before the holocaust. Now, of course, the pressure is on to digest it.

Recovery of the butterfly faunas cannot occur until the vegetation resources they depend on come back—and they may never do so. Glacial relics, like the unique four-petaled Plaskett-Snow Basin race of the bog shooting-star Dodecatheon jeffreyi –personally, I think it deserves species status—may never come back. Nor many of the stranded alpine and edaphic (soil-specialist) species, because they are so far from any conceivable seed source. We have to hope they have persisted in the soil seed bank and may in time recover. Only then can the butterflies re-establish—if there are sources of potential colonizers. The farther any unburned sources and the weaker the dispersal capabilities of the butterflies, the longer the lag times to recolonization. Only the most vagile and broadly-adapted species are likely to recolonize a burned area of a million acres anytime in the next half-century or more.

The fires of 2020  were fed by the combination of 60 percent of recent mean precipitation in the 2019-2020 rainfall year and extraordinary evapotranspiration demand on the vegetation resulting from the hottest late summer on record. Yes, climate change is real. And our Coast Range butterfly faunas may never be the same again. 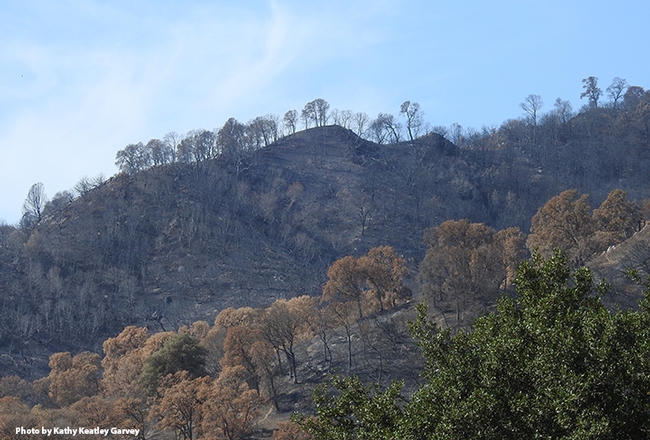 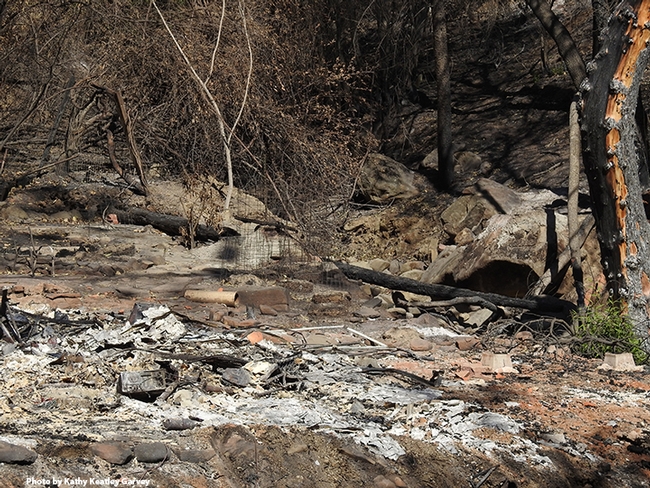 Homes and wildlife habitat were destroyed in the Aug. 19th Vacaville fire that roared through Gates Canyon. This image was taken Sept. 25, 2020. (Photo by Kathy Keatley Garvey) 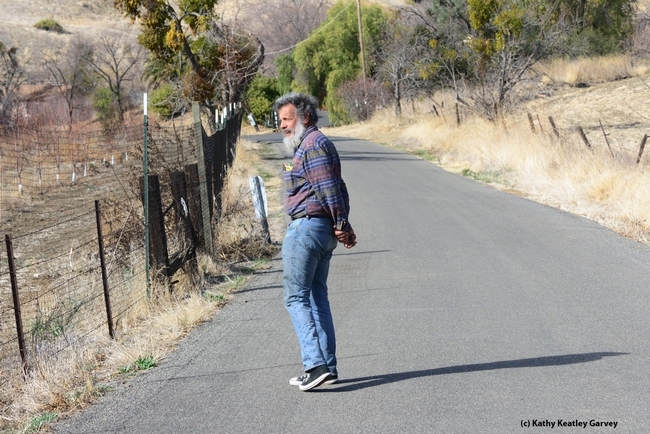 UC Davis distinguished professor Art Shapiro monitoring the butterfly population in Gates Canyon, Vacaville, on Jan. 25, 2014. Gates Canyon is one of his 11 transects along I-80. (Photo by Kathy Keatley Garvey) 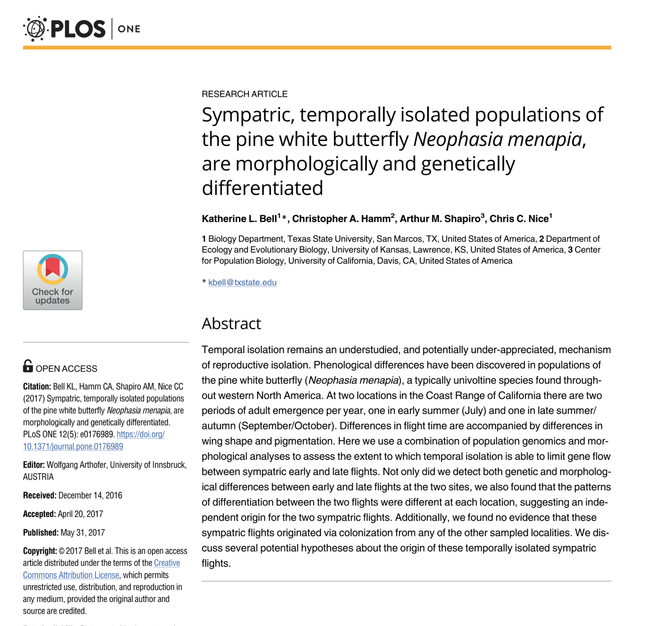 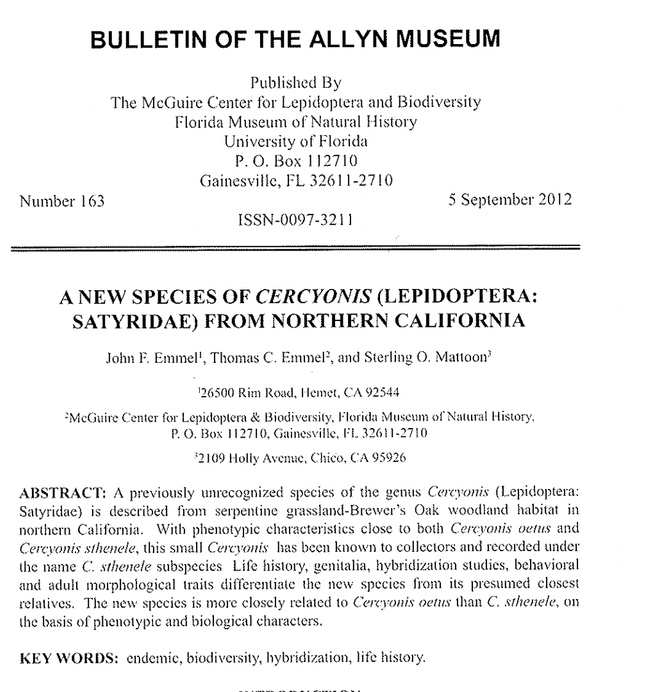