The other day a few master gardeners were talking about a person who had the opportunity to interview a well-known gardener before she passed away at the age of 109:  Ruth Bancroft from Walnut Creek. They said that Ruth had an extraordinary garden that she continued to design and actively tend to well into her 90s!

So, after the conversation, I looked online to get more information on Ruth Bancroft and her garden.  I learned that this garden is located in Walnut Creek, where there once used to be many walnut and pear trees.  The farm was started by Hubert Howe Bancroft in the 1880s and then passed down to Phillip Bancroft Sr. and to the next generation, his son, Phillip Bancroft Jr. It remained operative until the late 1960s when the area was rezoned for residential use and then sold.  Phillip Bancroft Jr. gave some of the remaining land to his wife, Ruth, to plant a new garden using her beloved succulents. Fast forward to 1988, conservationists Frank and Anne Cabot visited the garden and were inspired to form the Garden Conservancy, a non-profit organization with the mission of preserving American gardens.  The Ruth Bancroft Garden became their first project and was opened to the public in the early 1990s.  Today's mission for the garden is to “preserve this exceptional example of garden design and to continue to develop its collection of water-conserving plants for the education and enjoyment of the public.”

Wow!  We became very enthusiastic about the notion of visiting the Ruth Bancroft Garden & Nursery and set out for Walnut Creek one weekend to enjoy a garden adventure.  There was plenty of parking and upon entering the garden we were provided with self-guided tour booklets with a map of the garden.  We were also given a handout listing the plants that are typically in bloom during the month of visit (November in our case).  Currently, there is a $10 per person fee to enter the garden unless you are a member.

For dog lovers: Prior to visiting, we had read on their website that ‘well-behaved', leashed dogs are very welcome to join their humans on this fun outing to the garden.  I'm not saying our pups are best-behaved all of the time, especially when they encounter other dogs and curious creatures (Buster once got a skunk lesson), but we like to bring them for family outings.  Thankfully, we did not have any naughty dog issues, as there was plenty of space there on the paths to alter our destination if dogs came our way.  The dogs were warmly welcomed by the staff, who gave the pups some biscuits and bandanas to wear. There were also water bowls for them at various spots in the garden. We had a wonderful day exploring the garden and nursery. All the plants and trees were clearly labeled, which provided fascinating historic information along with their common and scientific names.  Many of these prehistoric plants are enormous and breathtaking succulents from all over the world – South Africa, Mexico, Uruguay, Brazil, Australia, Ethiopia, Yemen, Arabia, Uganda, and Madagascar, just to name a few.  Ruth Bancroft experimented with many plants to find the ones that tolerate the conditions she had in Walnut Creek.

The first deciduous tree that we saw was the garden's oldest valley oak (Quercus lobata).  This wonderful tree is estimated to be well over 200 hundred years old, a magnificent example of one of the largest species of oak in North America.  In the 1880s, these trees dominated that area, but most were then removed to make room for fruit and walnut orchards.  It was quite a treat to see this beauty.

Next, we came to the spikey-armed yuccas (filamentosa).  These yuccas didn't look like the ones I am used to seeing out in the southern California desert.  The yuccas in the garden look more like palms, a tree-form species of the yucca. One of my favorites at the garden was a very special manzanita Arctostaphylos ‘Ruth Bancroft'.  I have always loved manzanitas, mostly because of their beautiful deep mahogany bark color, but this one was probably one of the most impressive I have seen.  According to the self-guided tour guide, the manzanita in this garden was an accidental hybrid produced by parent manzanitas that are no longer in the garden.  It is unique because it is quite tall for manzanita and has an exceptionally deep mahogany bark color.  The tree did not have blooms when we were there, but apparently produces captivating clusters of white flowers that are shaped like Grecian urns in the winter.

We stayed and enjoyed the calming energy in this garden for quite a while. The exit path took us through a charming nursery with many plants similar to those we had just seen, available for purchase along with some fun garden art objects, such as the garden gnome head that we bought as a souvenir for our garden. We continue to practice safe and social distancing to hedge against COVID-19 and found it refreshing that the Ruth Bancroft Garden & Nursery were enforcing the use of masks and social distancing. What a way to spend a wonderful day outdoors, exploring a magical garden. 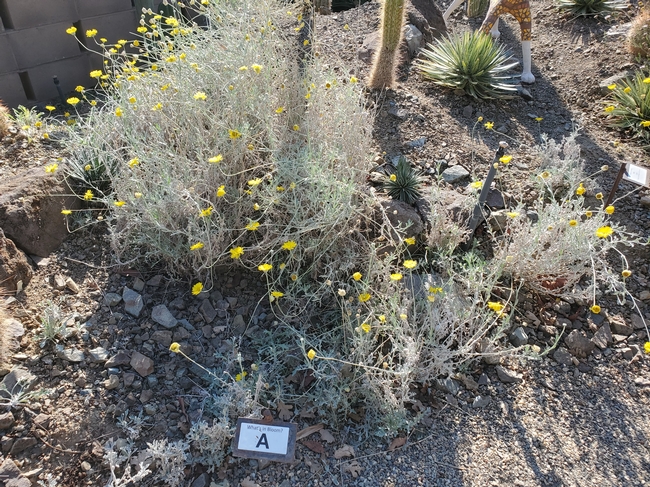