Interesting case here in the county submitted by a sharp eyed gardener.  Canes presented with distributions of an unusual white, roundish mass.  In the photos below notice the purplish margin around each of these, but one thing to take note of are the oblong shapes associated with them.  Thinking either some sort of slime mold or an insect.

Time to refer to the Raspberry and Blackberry Disease Compendium and leaf through the color plates in the middle of the book.  And viola we have the answer as being rose scale, last photo at the bottom.  The oblong shapes are the insect itself, this mobile unprotected stage known as "crawlers", the round mass the cover that the insect produces itself.

Management is to remove the infested canes, it does seem like a lot of crawlers are around outside right now, but that's not going to be all of them so a spray wouldn't likely result in complete control.

For those wondering, no, I have not seen this in commercial fields. 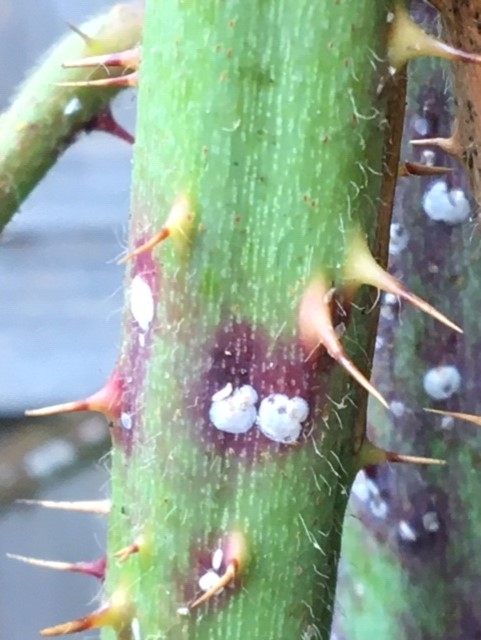 Photo of green cane. Notice the purple margin and the very small oblong shape next to the round mass in the center. Photo courtesy Mike. 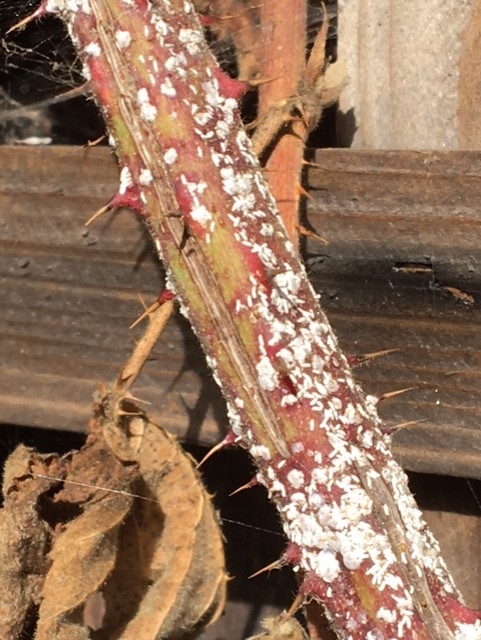 Another photo of older infested cane. Notice abundance of those small oblong shapes. Photo by Mike. 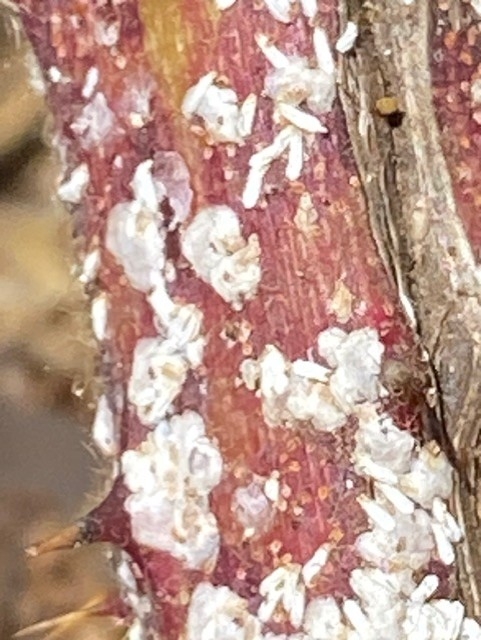 Really close up of infested area on cane. Here one can easily distinguish the crawlers from the covers they produce. Photo Mike's wife's phone. 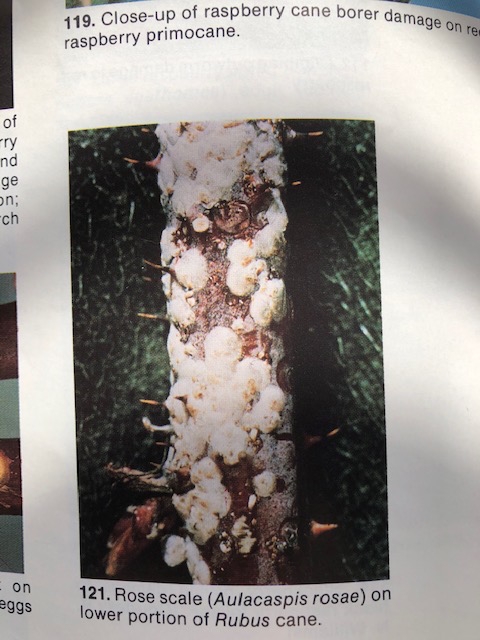 Photo of plate in Raspberry and Blackberry Compendium of rose scale.
Comments: 0
No Comments Posted.
Leave a Reply: