Among those celebrating this special day is doctoral candidate Charlotte Herbert Alberts of the Department of Entomology and Nematology, University of California, Davis, where she studies robber flies (Diptera: Asilidae) with distinguished professor Lynn Kimsey, director of the Bohart Museum of Entomology.

World Robber Day takes place every April 30. What's different this year? Well, the COVID-19 pandemic, for one. And she and husband George now have a darling baby boy, Griffin, born in April 2020.

Contrary to popular opinion, Griffin's first word was not "Asilidae." (It was "Hello.") And yes, his crib contains a robber fly, a gift crocheted by Rebecca Godwin of the Jason Bond lab. She is now an assistant professor of biology at Piedmont University, Demorest, Ga.

"I think the robber fly looks like a Holococephala sp.," Charlotte says. This crocheted robber fly, the work of former UC Davis doctoral student Rebecca Godwin, holds a special place in Griffin Albert's crib. He may be the only baby with a crocheted robber fly toy in his crib.
In true entomological form, Griffin loves searching for insects and spiders in his family's back yard, and listening to his parents read him such books as  "An Introduction to Robber Flies and Their Allies of the Southwestern United States" by Rick Rogers.

Globally, there are more than 7500 described species of robber flies.  Most people have neither seen nor heard of the insects.  "This anonymity is probably due to a variety of reasons," she says. "Many people call them assassin flies because of their tendency to look like other insects, in particular, wasps or bumble bees." They are also territorial, with one or two individuals in a given area. "It can take a while to find your first robber fly, but once you do, you will start to see them all over the place!"

Where can you find them?  "Go into the woods and look for sunny spots with areas for the flies to perch on," Charlotte says. "They mostly perch on the flat surface of a leaf in the sun, or at the very tip of a pointy twig. From their perch, they can hunt for insect prey in flight. Once they spot prey, the assassin fly quickly intercepts it in flight and immediately pierces it with its hypodermic needle-like mouthparts to inject a paralytic neurotoxin to subdue it. Pre-digestive enzymes are also inserted to reduce the innards into a smoothie-like concoction, which the assassin fly feeds on through the needle-like hypopharynx."

"Despite being venomous and highly voracious predators, assassin flies are no danger to us! I caught my first assassin fly in the palm of my hand! Because they are top predators in their world, they are not very fearful of people. I routinely have had them perch on me to hunt prey. But be careful, some of the larger assassin flies can pierce the skin with a defensive bite if they are aggravated enough. Their bites have been compared to a honey bee sting."

Charlotte points out that "All insects play essential ecosystem roles that directly or indirectly affect our daily lives, whether through pollination, population control of pests, decomposition, product production, and more. Insects, and especially flies, face a stigma that is difficult to overcome. Assassin flies are a fantastic, charismatic example of a family of flies that are generally unknown by the public and yet is one of the most speciose and helpful in pest population control. I have regularly played with the idea of keeping a couple as house pets to control the other unwanted flying insects that make it into our house."

Charlotte, whose major roles currently include entomologist, artist, wife and mother,  developed her love of entomology on the family farm in New Hampshire. She remembers her mother reading "Charlotte's Web" to her and being delighted that "a spider shared my name." The farm yielded scores of insects and spiders that fascinated her. "I couldn't understand why people hated spiders and insects so much. When handled gently and with love, they never bit or hurt me so I saw no reason to be scared of them...they were just misunderstood." 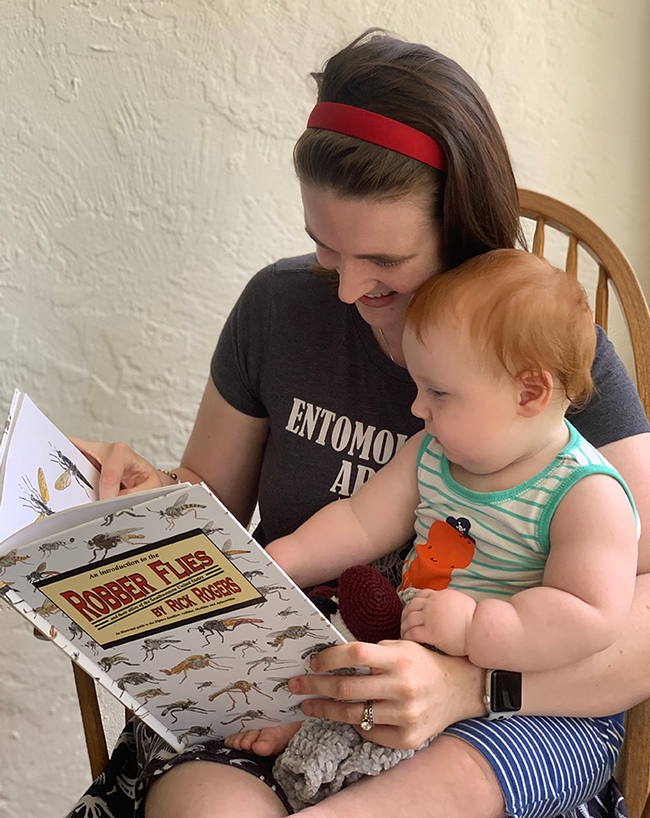 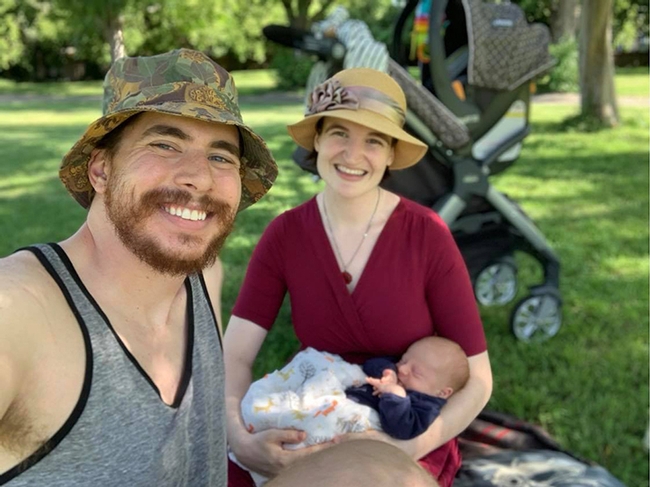