Backwards is the new forwards
Published on: April 20, 2011

Backwards beekeeper Russell Bates calls the problem "chemical collapse disorder" because, in addition to the stress on bees caused by certain commercial beekeeping practices, the beekeepers use miticides and antibiotics inside the hives to control Varroa mites.

"The majority of commercial beekeepers do put chemicals in their hives mostly to control Varroa mites," Mussen was quoted.

Bates said the bees are stressed by the inability to freely leave the hive while being transported from field to field or orchard to orchard.

"They're starved between trips and they won't poop in the hive," Bates said. "When they get there, they're fed corn syrup and artificial pollen."

Bates says he's not vilifying commercial beekeepers, but believes that their methods and practices aren't sustainable.

In a CNN video posted with the story, the featured beekeepers assert that their old-fashioned approach to tending bees, "backwards," is the new forwards. 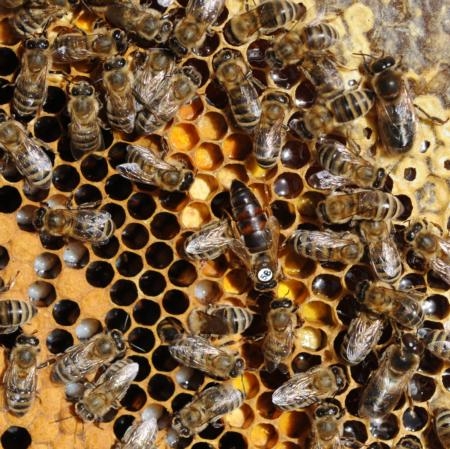