Published on: June 18, 2021
I have been growing orchid cactus, Epiphyllum, for several years and have even blogged about them in the past. Most of my plants have flowers that range from light pink to red to magenta.  Several years ago my sister got herself, and my mother and I a small Epiphyllum 'King Midas'. This variety was supposed to have golden blossoms.  I have had it for somewhere between 3-5 years and been patiently waiting for it to bloom. I knew that it would take time for the plant to mature and that orchid cactus like to be somewhat root bound before they flower.
This year I finally saw one bud on the plant.  I started watching it very intently and decided to document what I saw. The bud elongated over several days then began to swell a bit until a small opening could be seen at the tip. Then it partially opened and the next day was at its peak. The last photo is just past its prime. After another day or so it became limp and then gradually dried up. The length of time the flowers last depends on heat, wind, and humidity.  I thought the flower was lovely, although not exactly what I expected.  I hope that in the coming years the number of blossoms on the plant will increase as they have on my other varieties of Epiphyllum. 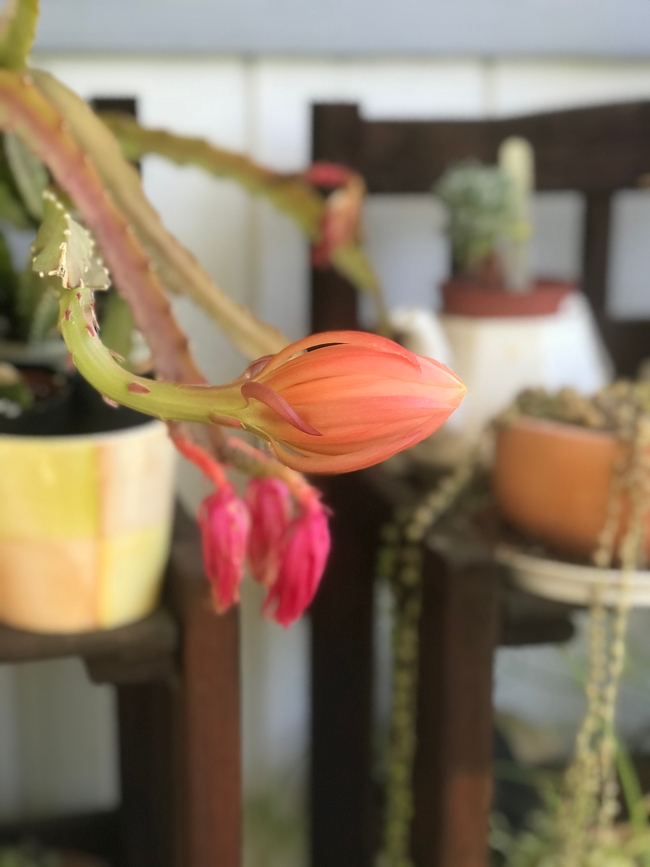 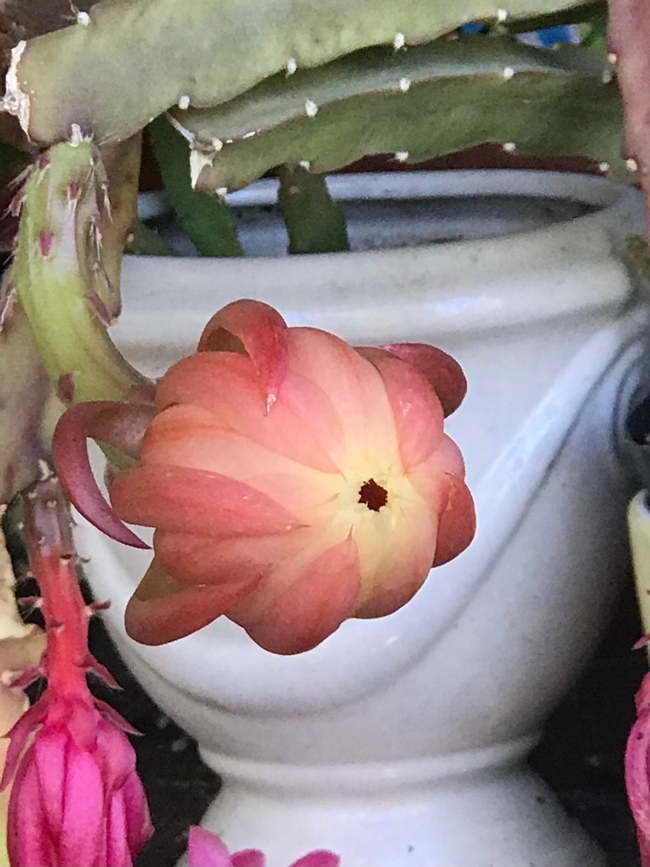 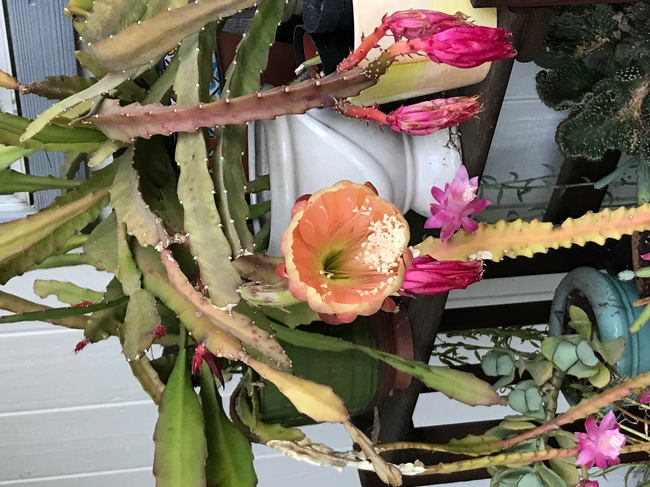 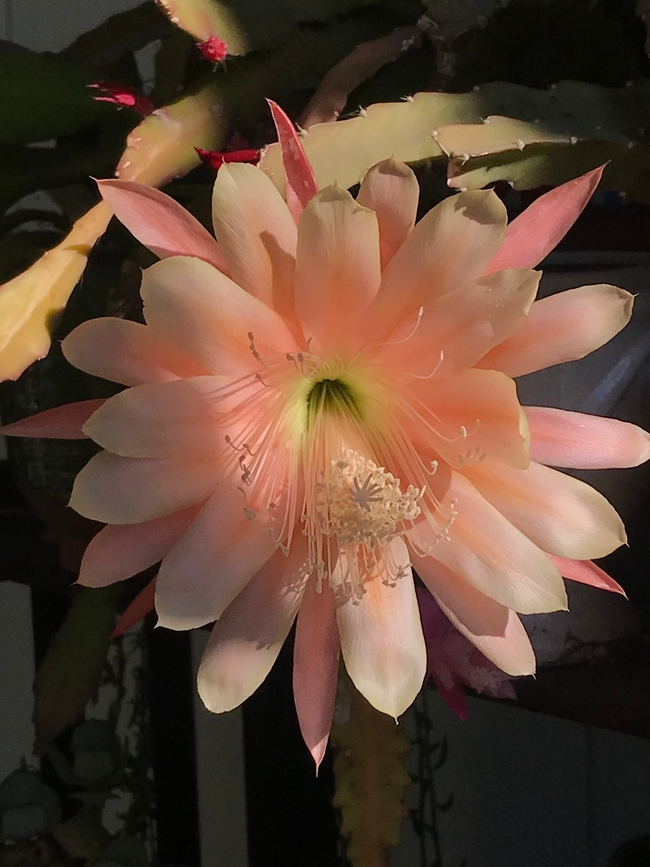 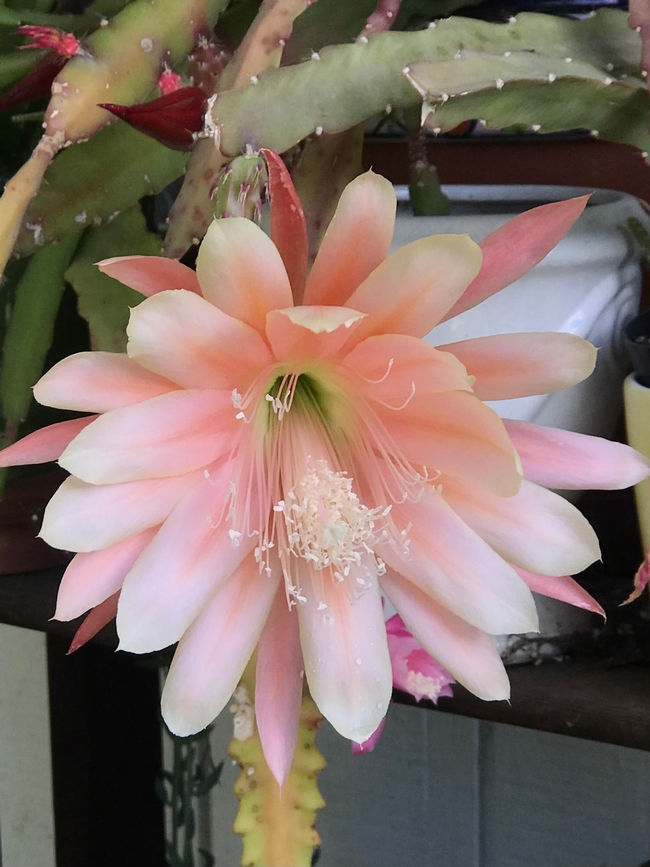