Succulents have a reputation for being tough plants that need little care or water.   Even so, it was a delightful surprise recently to find some long-abandoned cuttings blooming.

Earlier this spring, I repotted a plant that had grown from a cutting given to me by my mother.  I'm not entirely sure, but I believe it is a variety of Cotyledon orbiculata (Pig's Ear).  I trimmed some cuttings that I had hoped to give away but subsequently couldn't find a taker.  I left them on an outdoor shelf and quickly forgot about them.

In general, when propagating a succulent by cuttings, the stem or leaf cutting should be allowed to sit and dry out for five to seven days. This allows the raw end to callous over so it won't absorb too much water when it is first watered.  The cutting can then be planted in well-drained soil and watered sparingly so that it can begin to produce roots.  My poor cuttings, however, were left without soil or water for at least 4 months.

I was surprised to find the forgotten cuttings sending up lovely, pale, yellow-orange blossoms.  Despite the neglect, the plants determinedly continued their natural cycle.  What could I do but admire their tenacity?  And then plant them, of course! 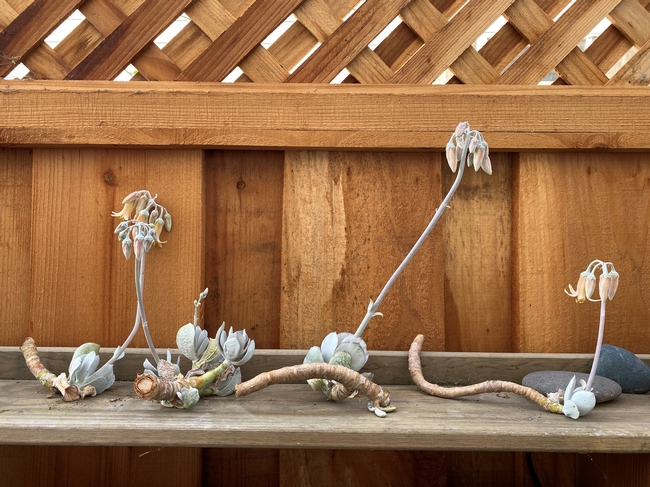 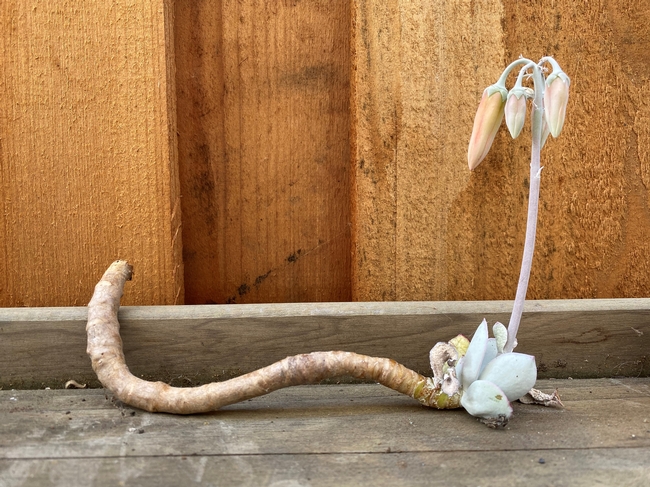 Comments: 1
Comments:
by Launa Herrmann
on September 9, 2021 at 10:39 AM
Don't you just simply love nature's artwork? Your photos demonstrate this so well. Fun post. Makes me smile.
Leave a Reply: