UC Davis Distinguished Professor Walter Leal is a co-host
A free international symposium, “Insect Olfaction and Taste in 24 Hours Around the Globe,” hosted by a trio of professors including UC Davis distinguished professor Walter Leal, has already drawn more than 1100 registrants from 66 countries. Registration, limited to 3000, continues at https://bit.ly/3k68c2m

The 24-hour Zoom event, to begin at 9 a.m., Wednesday, Aug. 11, Pacific Daylight Time (PDT), will cover such topics as why mosquitoes are so persistent; the origins of insect olfaction; bitter perspectives (and insect taste); and novelty detection in the early olfactory processing of the honey bee. Coral Warr of La Trobe University, Australia, is a co-host
The speakers include icons in the field as well as graduate students, postdoctoral fellows, early career professionals, and under-represented minorities. Of  the 15 keynote lectures, seven will be delivered by women scientists. 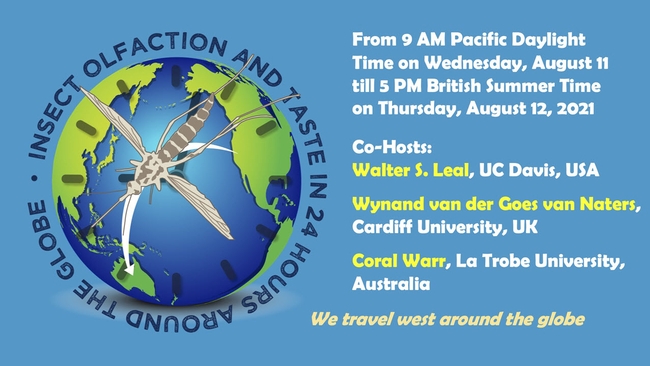 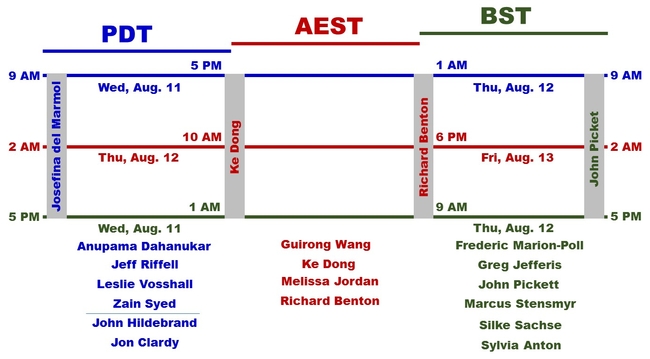 Timeline of the symposium, "Insect Olfaction and Taste in 24 Hours Around the Globe"