Honey bees in the pink?

If you plant rock purslane (Calandrinia grandiflora), a perennial succulent, be prepared for a posse of honey bees.

Our rock purslane is drawing so many bees that you'd never know there's a declining bee population and that there's a new sheriff (colony collapse disorder) in town.

They buzz, two or three at a time, toward a single blossom, and lug huge red pollen loads back to their hives.

We're glad to see there's so much interest in bees. A documentary making the rounds now is Queen of the Sun, an advocacy film probably playing in a theater near you.  It's playing in Davis June 17 through June 23 at the Varsity Theater, downtown Davis.  We saw it at a personal showing at the Harry H. Laidlaw Jr. Honey Bee Research Facility at UC Davis a few weeks ago. The photography is stunning. Just as we prepared to watch it, one of the bee folks quipped: "This is a bee-rated movie."

For a good look at bee behavior, there's an online video titled "Bee Talker: The Secret World of Bees." Bee behaviorist Mark Winston, professor of biological sciences at Simon Fraser University, Vancouver, B.C., guides us "beyond the biology of the creatures to show us that our honey-producing neighbors have broader implications for humans and the plant.”

For another good look at bee behavior, step out into your yard. (That is, if you have bee plants in your yard.) "Won't the bees sting you?" some folks ask.  No worries. These bees are foraging. They're not defending their colony. 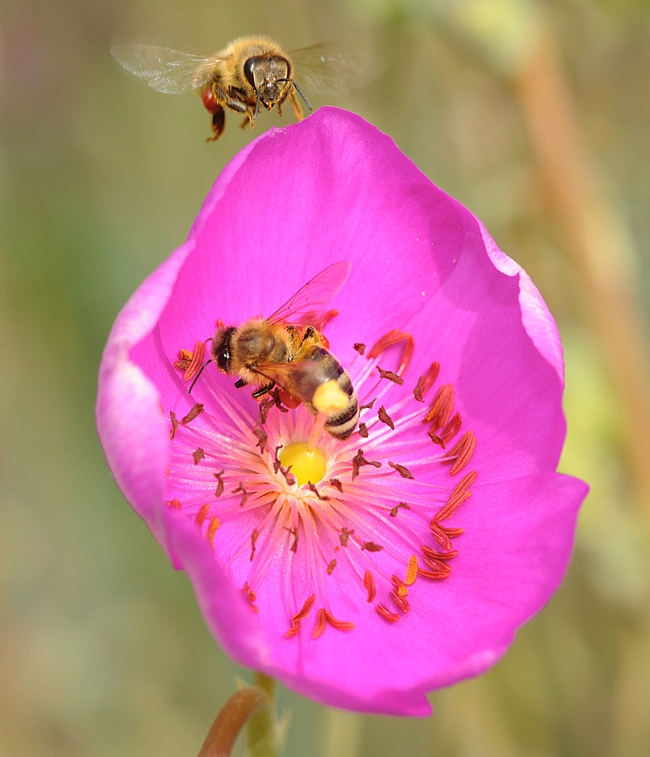 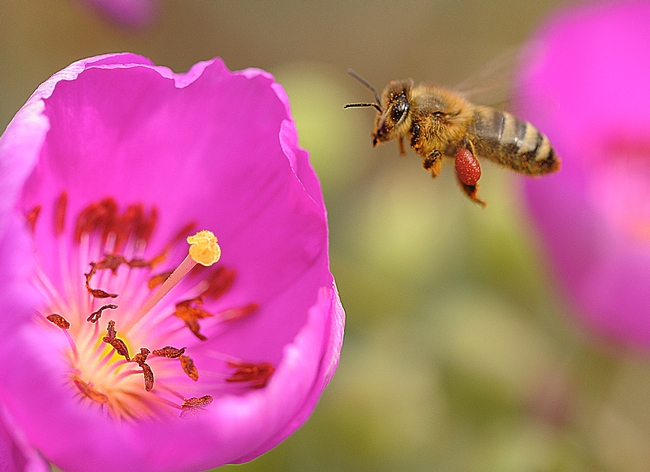