UC Davis medical entomologists Anthony "Anton" Cornel (front) and Greg Lanzaro at Lake Victoria in Kenya. (Photo by Steve Mulligan)
The UC Davis Vector Genetics Laboratory, part of the School of Veterinary Medicine's Department of Pathology, Microbiology and Immunology (PMI), has been awarded a $10.2 million grant from Open Philanthropy to target malaria in the two-island African nation of São Tomé and Príncipe (STP) in the Gulf of Guinea.


"We are working with scientists and public health authorities in STP to establish the conditions that would facilitate an informed societal and government decision about a proposed release of Anopheles mosquitoes engineered to prevent transmission of the malaria parasite Plasmodium falciparum on the islands,” said principal investigator Gregory Lanzaro, director of the Vector Genetics Laboratory and a PMI professor.

This award will be used to extend their ongoing entomological, engagement and capacity building work through 2025.

“We are working in collaboration with the UC Irvine Malaria  Initiative  (UCIMI), a research consortium including scientists from UC Irvine, San Diego and Berkeley as well as Johns Hopkins University,” Lanzaro said.  “We are working toward the application of advanced genetic tools aimed at the mosquito vector. It is our belief that this approach, used in conjunction with early malaria treatment and detection, can provide a cost effective, sustainable, and environmentally responsible program to ultimately eliminate malaria from Africa.”

Said Ana Kormos, engagement program manager and lead author of the proposal:  “These funds provide the UCIMI program with support to strengthen our existing relationship-based approach to the co-development of this technology and ensures that our partners in STP lead the decision-making processes involved in all aspects of the research. This is a huge step forward in advancing a truly collaborative approach to translational research.” Public health educators representing the six health districts in São Tomé at the completion of a 4-day UCIMI training in preparation for a national community engagement program.
The UC Davis lab has partnered with the Institute of Hygiene and Tropical Medicine (IHMT) in Lisbon, Portugal, to provide advance degree training opportunities for STP scientists to improve national scientific capacity and develop national expertise in medical entomology and vector control. Additionally, Professor João Pinto of IHMT will reside in STP to manage field work operations, scientific capacity building, and the development of an on-site research laboratory and insectary facility.

The Vector Genetics Laboratory is engaged in research and training in the areas of population and molecular genetics, genomics and bioinformatics of insect vectors of human and animal disease. The website: “We have developed a program aimed at expanding knowledge that may be applied to improving control of disease vectors and that also addresses problems of interest in the field of evolutionary genetics. We are currently engaged in a range of projects, but our major research focus is on vectors of malaria in Africa."

Directors of the Vector Genetics Laboratory research programs are Lanzaro and Anthony "Anton" Cornel, a research entomologist with the UC Davis Department of Entomology and Nematology and director of the Mosquito Control Research Laboratory, Parlier.

New Tools. "The fight to reduce and possibly eliminate malaria continues and becomes especially challenging as efforts to reduce malaria morbidity have plateaued since 2015,” said Cornel. “Therefore, we must seriously consider new tools. One such tool is genetically modifying the major mosquito vector in the Afrotropics so that it cannot transmit malaria."

"The project aims to use genetically modified (GM) mosquito strategy to reduce and eliminate malaria from the Islands of São Tomé and Príncipe, as proof of concept, before using this technology on larger scales on mainland Africa,” Cornel said, adding that his role, as a field team co-investigator for UCIMI and VGL, is to work with Lanzaro and Pinto “to understand as much as we can about the behavior, population structure and population sizes of Anopheles coluzzi (the malaria vector) on these islands to design the most efficient strategy of releasing the genetically modified mosquitoes to have maximum effect.”

Malaria is an acute illness caused by Plasmodium parasites, which spread to humans through the bites of infected female Anopheles mosquitoes, according to the World Health Organization (WHO). In 2020, nearly half of the world's population was at risk of malaria. An estimated 241 million cases of malaria occurred worldwide in 2020, with 627,000 dying.

Tremendous Burden. Medical entomologist and geneticist Geoffrey Attardo of the UC Davis Department of Entomology and Nematology (who is not involved in this project),  noted that “Malaria is a disease which creates a tremendous burden on people living in affected areas. In particular its impacts on the mortality in young children and pregnant women are devastating. Attempts to control this disease using traditional methods have been effective in recent years.” Location map of Sao Tome and Principe (Courtesy of nationsonline.org)
“However, progress on malaria control has stalled in part is due to issues such as insecticide resistance by vector mosquitoes, alterations in the population dynamics of vectors due to climate change and failure of public health infrastructure in countries undergoing civil disputes and conflict," said Attardo, who holds a  a doctorate in genetics from Michigan State University, where he researched the molecular biology of mosquito reproduction and then worked for 13 years in the Department of Epidemiology of Microbial Diseases at the Yale School of Public Health. "It is essential that we work towards development of new tools that can be utilized to manage the impacts of this parasitic disease. The development of genetic tools is an important part of this as engineered mosquitoes provide a path towards a sustainable solution which lessens the burden of constant implantation of vector control interventions and lets the mosquitoes do some of the work for us.”

The island nation of São Tomé and Príncipe, population of 178,700 in 2016, is located about 200 miles west of Gabon on Africa's mainland. It shares maritime borders with Equatorial Guinea, Gabon, and Nigeria. The combined area of the archipelago is about five times the size of Washington, DC. The United States established diplomatic relations with São Tomé and Príncipe in 1976, following its independence from Portugal.

Open Philanthropy's mission, as noted on its website, is to “give as effectively as we can and share our findings openly so that anyone can build on our work. Through research and grant-making, we hope to learn how to make philanthropy go especially far in terms of improving lives. We're passionate about maximizing the impact of our giving, and we're excited to connect with other donors who share our passion.” 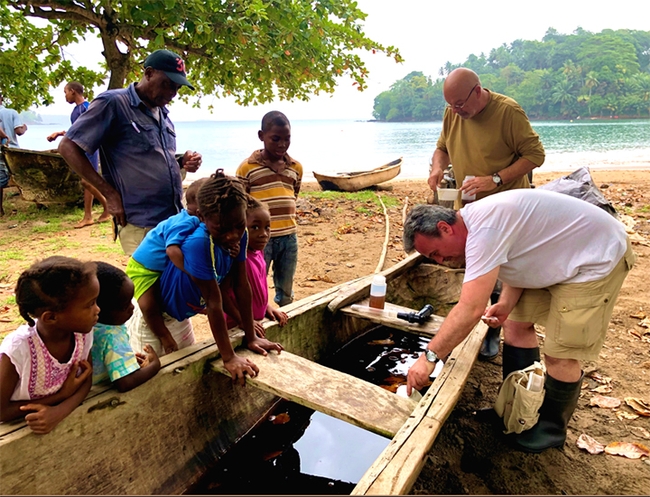 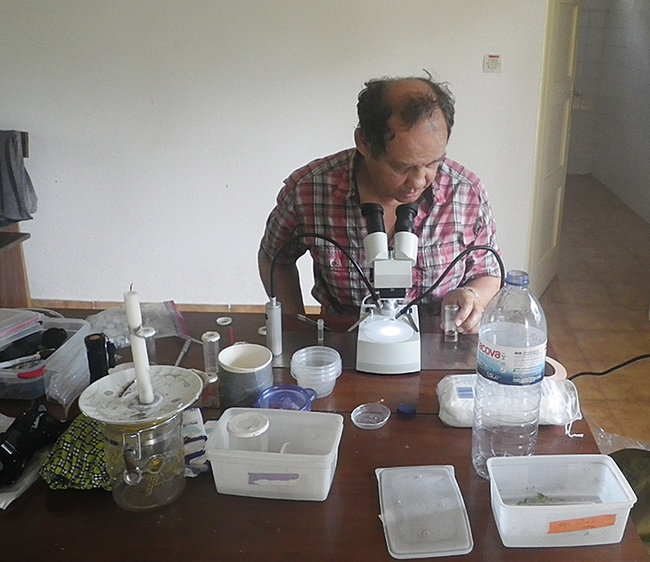