Siddique served as an invited speaker and chaired a nine-presentation session on nematode-plant interactions. He also was elected to the governing board member of the European Society of Nematology (ESN), and will serve a four-year term.

Siddique, who joined the UC Davis faculty in March 2019 as an assistant professor after serving as a research group leader for several years at the University of Bonn, Germany, delivered his address on “How Plants Recognize Nematodes: Signals and Signalling.”

Siddique focuses his research on "elucidating interactions between parasitic nematodes and their hosts using molecular and basic applied methodologies." Plant-parasitic nematodes are destructive pests causing losses of billions of dollars, he says on his lab website. "While these pests have been investigated mainly because they pose a major threat to food security globally, they are also intellectually fascinating due to their highly evolved interkingdom interactions with host plants."

Coomer, who recently won a worldwide competition sponsored by the International Federation of Nematology Societies (IFNS) for her three-minute thesis on root-knot nematodes, presented her award-winning video, “Trade-Offs Between Virulence and Breaking Resistance in Root-Knot Nematode.”  She received a busary as well as a certificate signed by ICN president Larry Duncan of the University of Florida and conference chair Pierre Abad of France, a senior scientist at INRA, a French public research institute dedicated to agricultural science. Coomer also showcased her work on a life-sized poster.

IFNS annually hosts the three-minute thesis competition “to cultivate student academic and research communication skills, and to enhance overall awareness of nematodes and the science of nematology.” Coomer, a doctoral student in plant pathology with an emphasis on nematology, is working on her dissertation, “Plant Parasitic Nematode Effectors and Their Role in the Plant Defense Immune System.”

The international meeting, themed “Crossing Borders: A World of Nematode Diversity and Impact to Discover" to reconcile the importance of agricultural production with that of environmental conservation,  drew 682 nematologists from 57 countries. Among them were 100 student and early career scientist busary recipients. The scientific program of 32 concurrent sessions included 288 oral presentations, 12 workshops, 12 keynote speakers and more than 500 poster presentations.

It was the first in-person meeting in two years due to the COVID-19 pandemic. 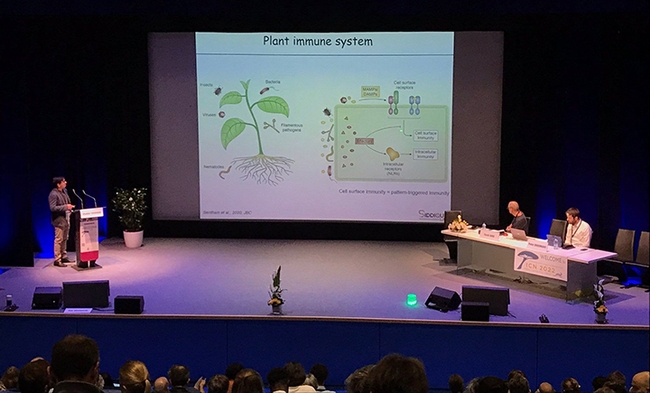 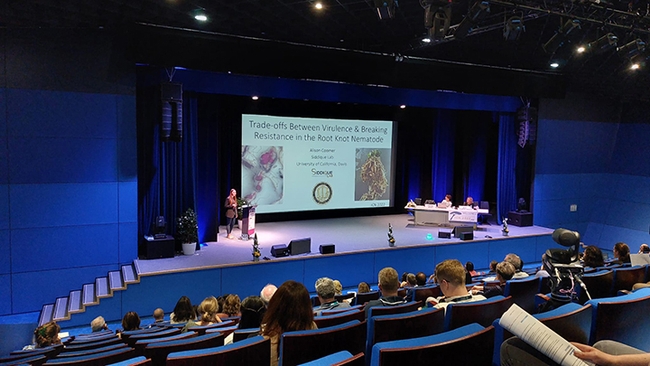 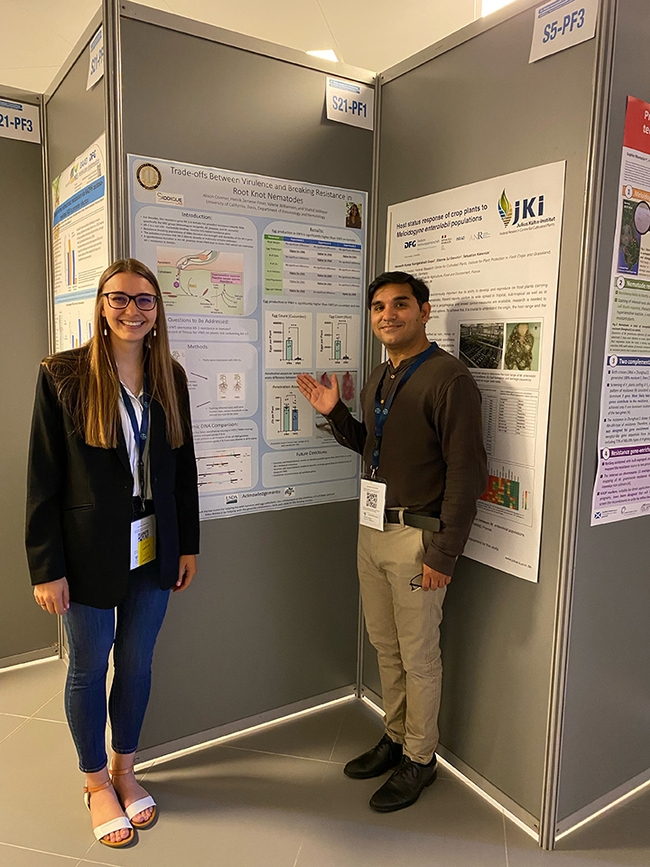