Archimedes once said, “Give me a place to stand, and a lever long enough, and I will move the world.”

Mechanically, there are three classes of levers. Archimedes was using a class 1 lever. It is the same principle you use when you are on a seesaw with a child. The trick is where do you place the fulcrum. The closer the fulcrum is to the resistance (weight) and with a longer Lever, the more you can move. So a little person can lift a bigger person if the Fulcrum is closer to the big one. (Figure 2) In a smaller tool such as a pair of scissors or pruners, the screw or pin in the scissors or pruners, is the fulcrum. (Figure 3)

Have you noticed that when you try to use the tip of a long pair of scissors to cut something, it is harder to cut than if the cut is made closer to the screw? That is because leverage works both ways. The resistance at the tip can increase your effort to close the scissors. If the child on the left side in figure 2 was considered to be at the tip of a pair of scissors, the person on the right side would be considered the effort to move the child on the left. More effort (weight) is needed on the right to close the scissors. So when cutting an item, branch, stem, cord etc, try to get the item as close as possible to the fulcrum. That will take less force from your hand and less strain to your muscles.

How about if you are digging up rocks or weeds? Lengthening the lever or moving the fulcrum closer to the object to be moved will make the job easier.  In figure 4 there are two weeders. The one on the top has a greater curve, (think bigger fulcrum) that will make it a little easier to get results for digging smaller weeds.  In figure 5 there is a longer handle and it is using a piece of wood as a Fulcrum close to the weed to pop the weed up. In figure 6 you simply push down from higher up on the handle (longer lever) and up the weed comes.

For the bigger pruning jobs, what else could you use? How about some long handled loppers, figure 7.  They work well on the bigger branches having longer handles that gives you more leverage. Also note the size of the jaws in figure 8. They are short so you have to use them close to the fulcrum, but very wide to tolerate the force the long handles generate.

Use tools that allow you to “leverage” a task without hurting your body. Be an Archimedes, not a patient. Watch for part 2 on gardening using leverage in the next post of Spill the Beans.

Napa Master Gardeners are available to answer garden questions by email: mastergardeners@countyofnapa.org. or phone at 707-253-4143.  Volunteers will get back to you after they research answers to your questions.

UHSBerkeley.edu-ergonomics tips for gardening at home 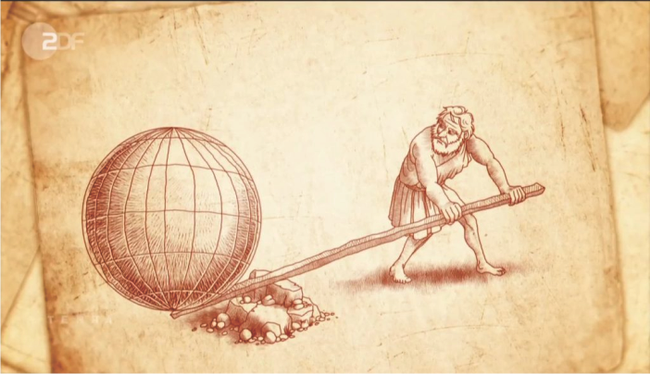