After the wildfires in Napa and Sonoma a few years ago, the problem remained of how to handle the toxic waste left behind. The natural world was not the big worry—eventually, it can heal itself, especially if it doesn't keep catching fire—but the toxic residue from thousands of burned buildings was an issue.

Typical environmental remediation is done by scraping up soil, taking it somewhere else, and burning or burying it. In the case of major environmental disasters, the task is carried out by businesses who are hired by other businesses who may be less than enthusiastic about the cleanup. Oil spills, for example, are a public relations nightmare as well as being expensive to remediate. This is aside from the environmental damage, of course.

Mycoremediation—using fungi to repair environments—is a new area of mycology (the study of fungus) that shows promise. We already know that forests can regenerate after fires, thanks to the collection of slender threadlike fungi beneath the soil.  This mass of tendrils, known as a mycorrhizal network, sends nutrients to trees just as it did before the fire. The filaments are so fine that a cubic inch of soil can contain a mile of them.

Of course, not all trees—or fungi—will survive, but you can see patches of green even in a burnt-over forest, thanks to fungi that have adjusted to wildfires over the centuries. The largest living organism in the world, a mycorrhizal blanket under the soil surface, is in a forest in Oregon. It covers about 2,400 acres and could be more than 8,000 years old.  Its scientific name is Armillaria ostoyae, and it was discovered in 1998. No wonder the mountain forests above it are so healthy.

In the fungal world, everything is connected. Experts estimate that 90 percent of the plant world gets nourishment from the mycorrhizal network.

We can see mycoremediation in action whenever we take a walk in the woods. Turkey tail fungus (Trametes versicolor) on a rotting oak branch is recycling nutrients and doing its bit to tidy up its environment.

The question is whether fungal remedies can be scaled up to deal with a huge catastrophe. I suspect they can. After all, a serendipitous find of a fungus on a cantaloupe led to penicillin being produced on a large scale more than ten years after its discovery in a petri dish.

Scientists and home grown fungus enthusiasts are working on it now with their state-of-the-art labs—or kitchen sinks and mason jars. If mycoremediation can handle large-scale oil and chemical damage—it works on a smaller scale—it might lead to a new respect for our environment.

After reading Entangled Life: How Fungi Make Our Worlds, Change Our Minds, and Shape Our Futures by Merlin Sheldrake (and what a great title that is), I was fascinated by how much influence fungi have on our lives. They literally hold the earth together. It's no surprise that many bread bakers and winemakers are interested in mycology, given that yeast (a single-cell fungus) is essential to their work.

Sheldrake's engrossing book discusses mycoremediation and how mycorrhizal networks communicate with each other. It's also a tutorial in how my compost pile works. Plus, it includes an arresting and disgusting photograph of an oyster mushroom flourishing on a diet of cigarette butts.

It's fascinating to learn how many rebels and outsiders, as well as scientists, are engaging in fungus research. Sheldrake himself is a biologist who has studied fungal networks in Panama. Entangled Life is an excellent book; put it on your holiday gift list.

On a related subject, I received some feedback about my column on mushrooms a couple of weeks ago. Regarding Amanita muscaria, I had stated: Don't eat it, not even if you have boiled it in several changes of water. A reader informed me that Siberian indigenous people eat Amanita with no ill effects. Possibly, over the centuries, they have developed a tolerance for the toxin in the mushrooms.

I found this observation in my copy of Field Book of Common Mushrooms by William S. Thomas, published in 1923: "Some of the people of northern Asia make an intoxicating liquor of this fungus by steeping it in water." The book was published during Prohibition, and I wonder how many people tried out that recipe. Thrill seekers are everywhere. Still, don't do it.

Help Desk: The Master Gardener Help Desk is available to answer your garden questions on Mondays and Fridays from 10 a.m. until 1 p.m. Send your questions to mastergardeners@countyofnapa.org. Include your name, address, phone number and a brief description of the problem.  For best results, attach a photo of the plant. You may also leave a voicemail message with the same information at 707-253-4143. 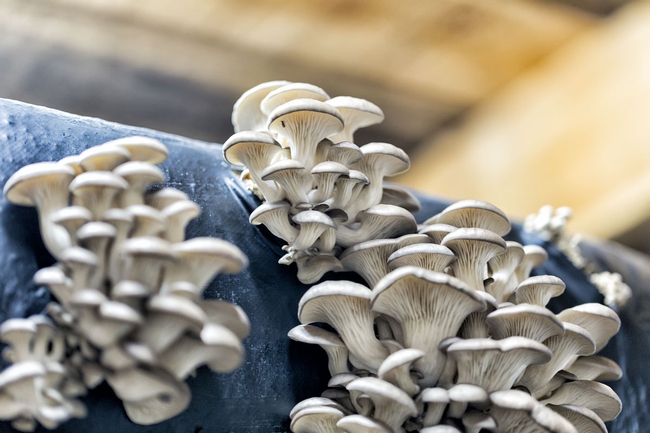 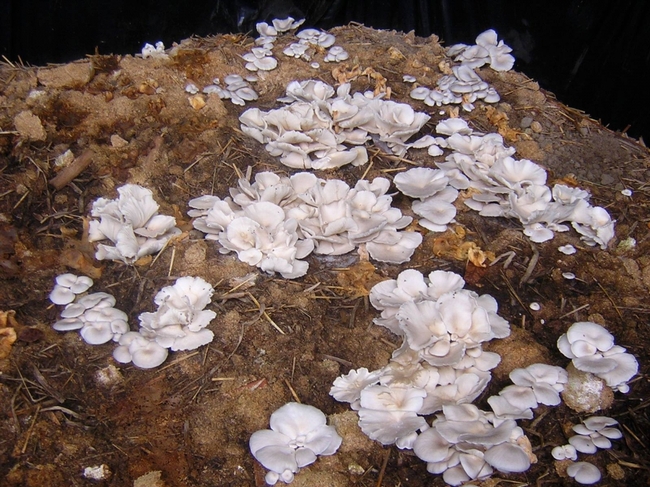 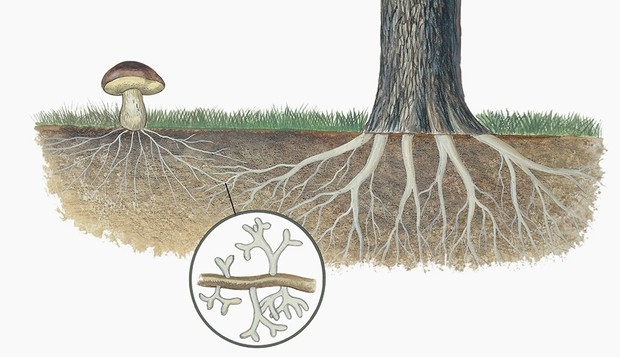 Mycorrhizal networks how trees talk through the wood-wide web (sciencefocus.com) 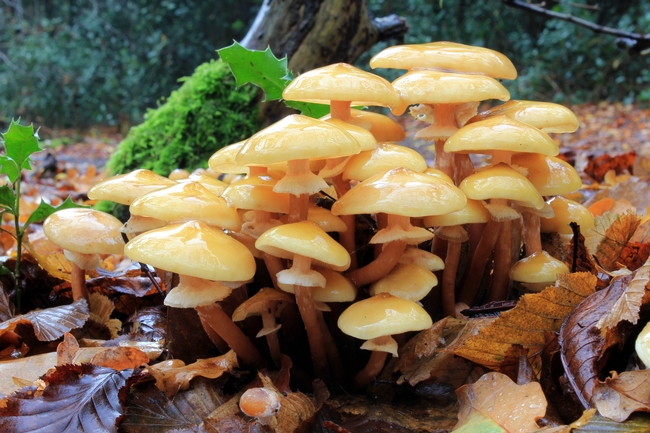 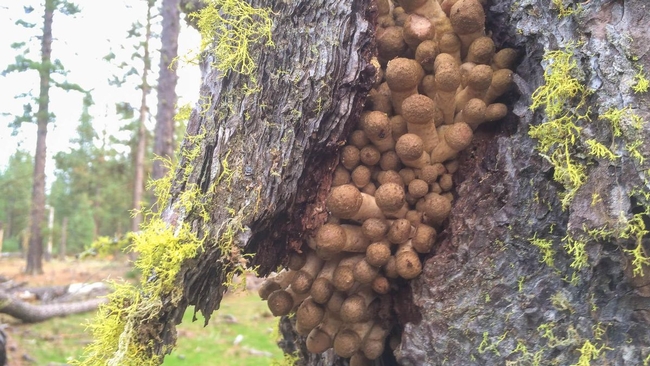 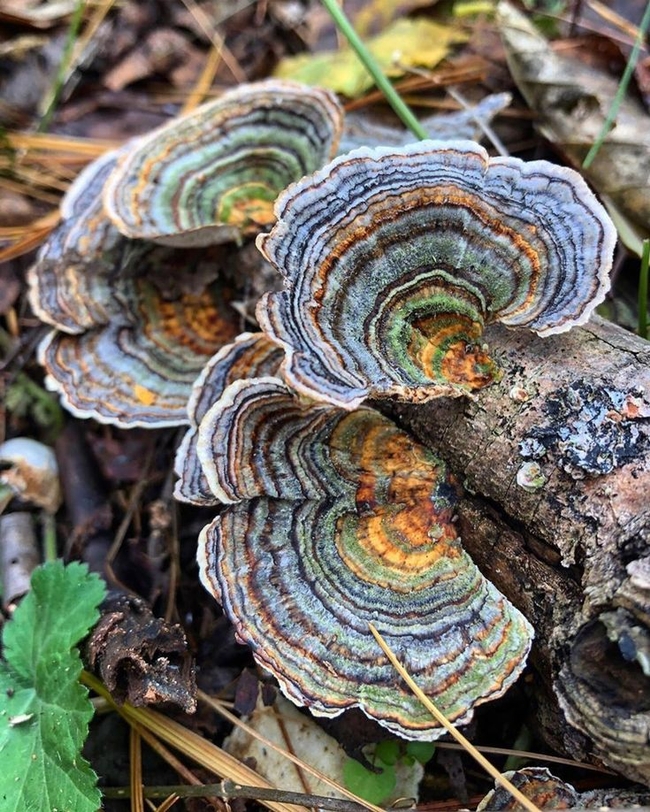 Our fave Turkey Tail (Trametes versicolor) is one of the most popular and widely researched (pinterest.com)
Comments: 0
No Comments Posted.
Login to leave a comment.