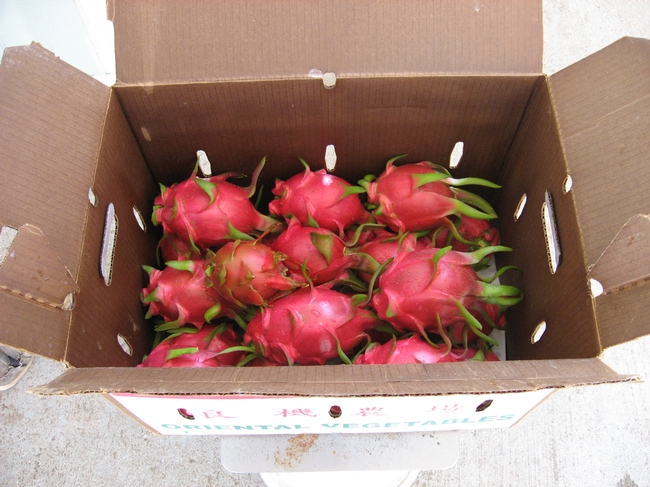 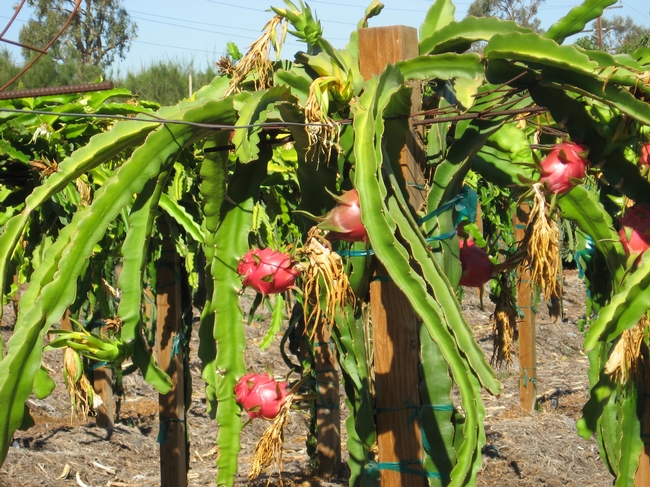 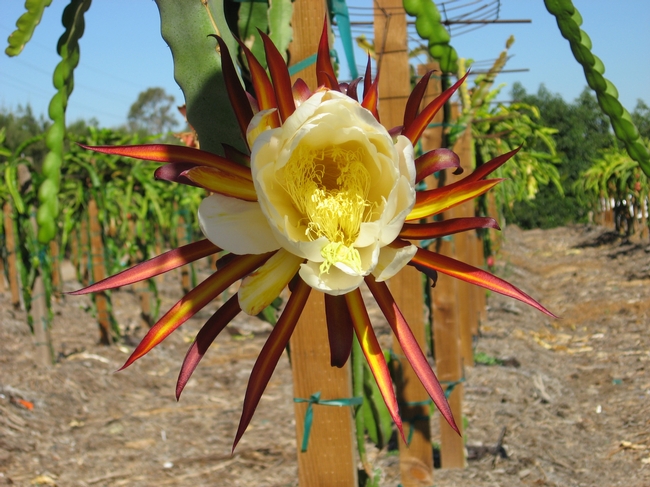 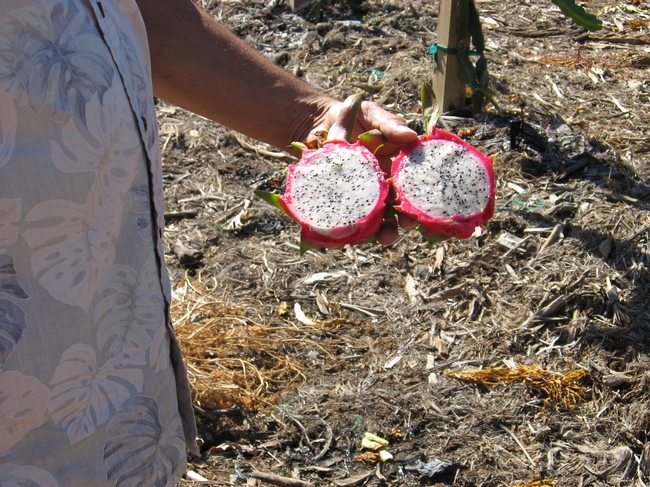 Tags: cactus (2), pitahaya (2), Ramiro Lobo (2), small farms (13), specialty crops (11), subtropical fruit (2), UC Small Farm Program (4)
Comments: 12
Comments:
by sharon Southworth
on September 9, 2011 at 7:28 AM
Great! One of my favorite fruits (dried) Love the protein it contributes (dried) Love the hype. Great food! Great article! Thank you!
by Brenda Dawson
on September 15, 2011 at 3:52 PM
Thanks, Sharon! I hadn't heard before about dragon fruit also providing protein. Is that perhaps from the seeds? When it comes to health benefits, I more frequently hear about this fruit's potential antioxidant activity.

If none of these source work, please feel free to contact our office at 760.752.4724 and we will try to assist with locating plants or other sources.
by Ramiro E. Lobo
on December 8, 2011 at 1:13 PM
Collaboration with Mexico:

Currently there is no formal collaboration between UC and growers or researchers in Mexico. However, since the inception of our Pitahaya/Dragon Fruit research projects, I have communicated with researchers from the University of Colima, the University of Guadalajara, and INIFAP who are also working on various aspects of pitahaya or dragon fruit production.
by Lucas
on December 31, 2011 at 12:46 PM
Someone could tell me where I could buy a relatively large amount of cuttings of dragon fruit? Could you tell me an e-mail to contact?
Thank you very much.
by Sharon Southworth
on February 12, 2013 at 8:53 AM
The protein does seem to come from the seeds. It looks as though it would be an easy fruit to dehydrate, although I haven't yet tried it. Go farmers!I can see it being near as popular as kiwis, if it is properly promoted.
by Andrew Allan
on March 26, 2013 at 6:50 PM
I just bought a small acreage south of Tampa Bay area, mid-state Florida and am planning to try growing pitaya here. I have a half dozen plants started so far. Any recommendations for trellis posts? We have termites galore here & I've read pitaya don't like pressure treated, plus I'd like to stay organic. I may try cypress slabs, but how about cement posts? Would that work?
by Sharon Barnhart Prassa
on October 22, 2013 at 3:26 PM
Lovely Fruit. Fadlo J. Hourani, it's good to see you're still kicking!!
by sagar
on February 16, 2014 at 5:12 AM
I started growing few dragon fruit plants
of white variety
My question is that the roots which are grown on leaf can it be removed ?
Because it attracts white insects which are found on guava tree.
and for root cuttings which chemical is used before re-planting the cuttings into soil ?
by Nattachai p.
on July 6, 2017 at 9:33 PM
hi I want to know about dragon fruit tree price in your farm
thanks
Leave a Reply:

Recent Posts
Should there be more microbes on your plate?
May 18, 2022