If you don't know what it is, don't kill it.

That insect in your garden could very well be a beneficial insect.

If you operate on the "shoot-first-ask-questions later" or "the only good bug is a dead bug," no telling how many insects--and generations--you'll be destroying.

"Last week I was walking across Capitol Park in Sacramento when I observed a smartly dressed young woman in her 20s stomp a praying mantis and grind it into the sidewalk. She exclaimed to her phenotypically similar friend: 'Did you ever see such an ugly, icky bug?'"

And, many years ago, Shapiro encountered a man in College Park, Davis, in the act of stomping a Tiger Swallowtail.

Shapiro asked him why he was doing this.

The man replied: "This is the bug that has the big green caterpillar that eats my tomato plants!"

When Shapiro told him it wasn't, the man told him to check his information, and that "I'm right and you're wrong."

There is indeed a lot of misinformation and misidentification out there.

Tabatha Yang of the Bohart Museum of Entomology at UC Davis relates the story about an avid gardener who absolutely loved ladybugs (aka lady beetles) because of their voracious appetites for aphids. But when our avid gardener came across "some weird black and orange bugs," she promptly killed them.

Little did she know that she was killing immature ladybugs.

Then there's the story about a UC Master Gardener who encountered a "green-eyed  golden bumblebee-like" insect that frightened her because it buzzed so loudly around her flower beds. So, she killed it. Turns out it was a pollinator, a male Valley carpenter bee, also known as a "teddy bear."

And, can you imagine what goes through people's minds when they meet up with a Jerusalem cricket in the mud after a rain? Whoa! Bug-o-mania!

Here's where the Bohart Museum, 1124 Academic Surge on California Drive, UC Davis campus, can help. If you live in California and see an insect and wonder if it's beneficial insect or a pest--or just want to know what it is--take a photo of it and email it to the Bohart. Lynn Kimsey, director of the Bohart Museum (home of more than seven million specimens) and professor of entomology at UC Davis, identifies insects in between research, teaching, administering the Bohart Museum, and other duties. Her email address: lskimsey@ucdavis.edu.

In fact, if you go to the UC Davis Department of Entomology home page and scroll down to the bottom you'll see:

"Do you have an insect question? Ask It Here!" 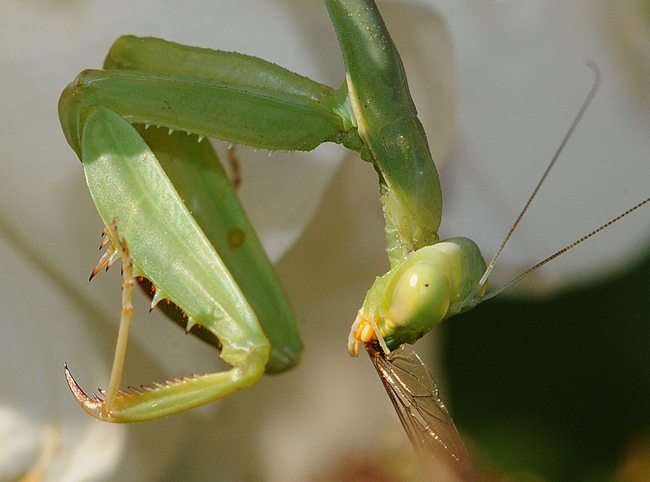 Praying mantis with remnants of a meal. (Photo by Kathy Keatley Garvey) 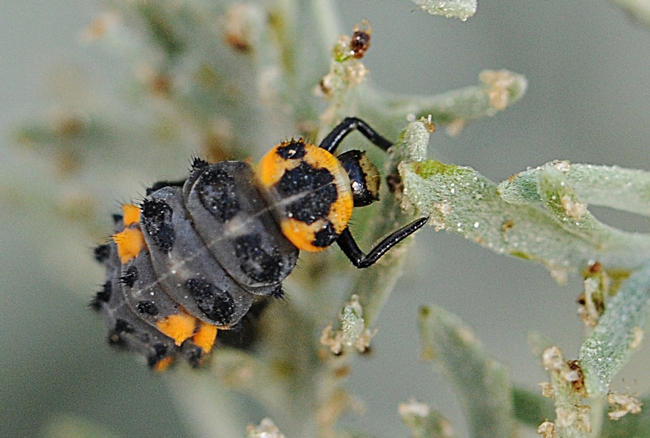 This is an immature ladybug (aka lady beetle). (Photo by Kathy Keatley Garvey) 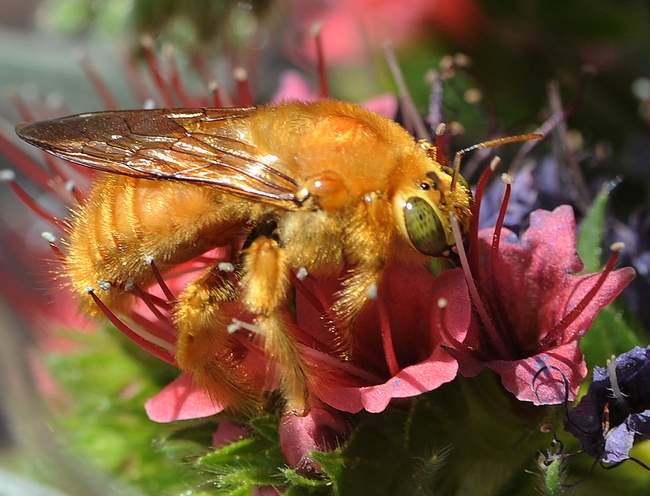 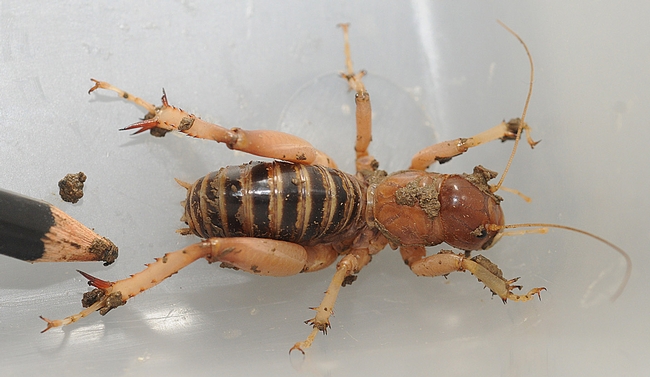