What a remarkable project a biologist launched in Kenya involving honey bees.

It all began with farmers complaining that migratory elephants were raiding their crops and destroying their livelihood. What to do? How do you conserve the elephants and protect the crops at the same time?

Knowing that elephants dislike being around honey bees, biologist Lucy King came up with a clever idea: she installed bee hive fences around 17 farms in a two-year pilot project aimed at preventing the elephants' entry, according to an article in Discovery magazine. She placed the hives 10 meters apart and then connected them with wire.

When the elephants tried to push their way through the fence, the jostled bees, defending their hives, pushed back by stinging them. The elephant scattered and most--93 percent--never returned.

Now the farmers in Kenya cannot only protect their crops from the pachyderms but there's the added bonus of a second income: honey!

We wouldn't be surprised if this little experiment is tried elsewhere.

During Prohibition, bootleggers reportedly placed bee hives inside their liquor trucks to disguise their cargo and ward off inspection.

The bee fence could be the new "no trespassing" sign, the new "caution" tape, the new security guards.

Pomegranate growers could string a beehive fence around their fields to deter thieves. They could replace their signs, "No Trespassing; Violators Will Be Prosecuted" with  "No Trespassing; Violators Will Be Stung." Banks owning foreclosed homes could fence off their yards with bee hives. Prisons could increase their security with a line of bee fences.

Problem is, though, one percent of the population is allergic to bees and if stung, they could go into anaphylactic shock.

And folks would perceive bees the wrong way--they'd forget about their pollination services and think only of insects that sting.

Then, too, some unethical folks would steal the hives, as they do during almond season.

But hey, it worked for the elephants! 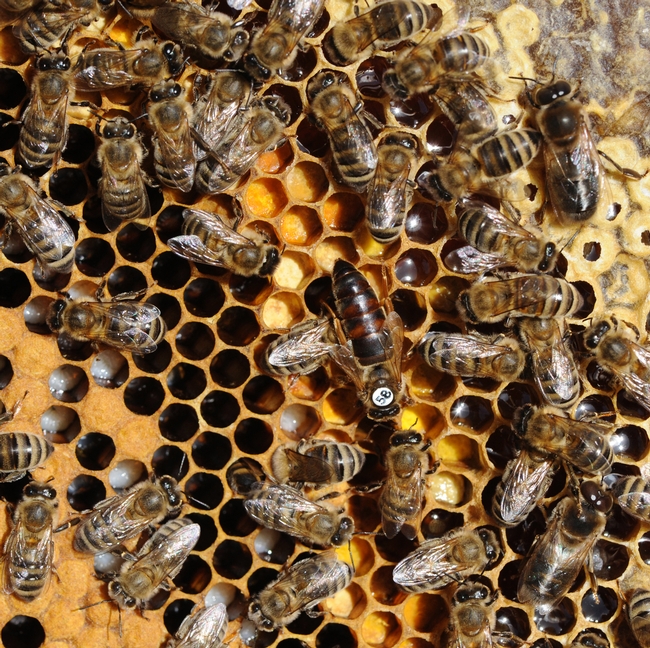