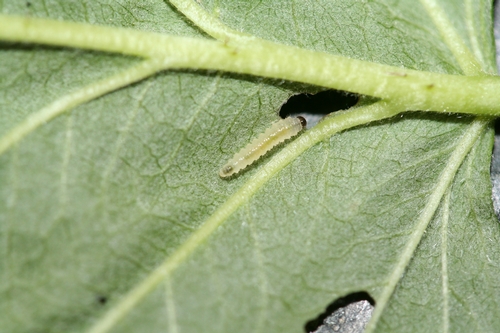 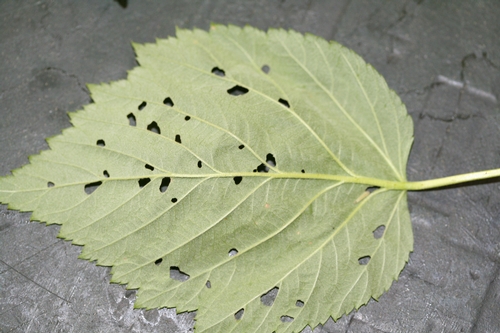 Feeding pattern of raspberry sawfly infestation. Note scattershot nature of the holes across the leaf. The larva from the picture above is nestled along the hole along the mid-vein at the far right of the leaf.
Tags: raspberry (24), raspberry sawfly (1)
Comments: 2
Comments:
by connie mooney
on October 6, 2019 at 9:11 AM
My raspberries and roses have been decimated by this pest. All the leaves on the roses have been shredded. Same on most of the raspberry leaves, they look like they have been stripped clean. i live in Arroyo Grande. If you want photos let me know. I need to know how to kill them!
by Mark Bolda
on October 9, 2019 at 12:12 PM
Hi Connie,
Looking at the UC IPM website for this pest, I'm seeing that you could use a spinosyn chemistry (think Entrust). This would do a decent job of cleaning up the problem at the same time that you don't harm the beneficials that should be working on these too.
Leave a Reply: