The ladybugs are out, at least in some parts of Northern California.

We received an email last week from a professional wildlife photographer from Germany who wants to film hibernating ladybugs in February. He's on a magazine assignment.

So, where are the hibernating ladybugs in the wild?

Last weekend, while over in Fairfield, Calif., I captured some images of Asian ladybugs and pupae in and around a redwood tree.

So, some are out.

Lynn Kimsey, professor and chair of the UC Davis Department of Entomology and director of the Bohart Museum of Entomology, says that overwintering aggregations of ladybugs are almost trade secrets.

"These aggregations are harvested by individuals who then sell the beetles to nurseries for the public to release in their garden," Kimsey says. "I personally don't know the location of any aggregations although we know that they occur in the mid-elevations in the foothills of the Sierra Nevada Mountains."

And, of course, there's the springlike weather we're having that can break the dormancy of the ladybugs.

Ladybug photographers can also purchase packages of ladybugs from commercial dealers, chill them, and "create" aggregations.

Ladybugs, aka ladybird beetles from the family Coccinellidae, are wonderful residents of a garden. They eat aphids, mealybugs, mites and other soft-bodied insects.

"One of the most common insects in California, this species assembles in great numbers in canyons and hills of the Coast Ranges and Sierra Nevada for hibernation," write Jerry Powell and Charles Hogue in their book,  California Insects.  "The beetles are often seen when the overwintering masses begin to disperse on warm days in February or March. They migrate to the valleys where they feed on aphids. Adults of the following generation return to the mountain aggregations in May or June, when the lowland vegetation is drying."

Look for them in a garden near you! 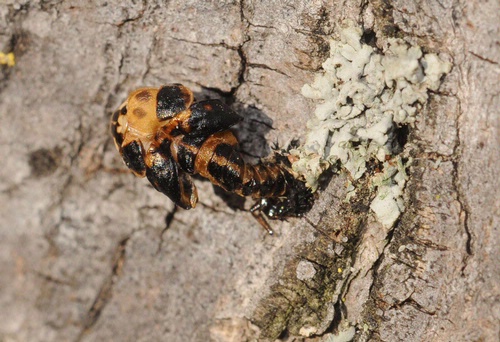 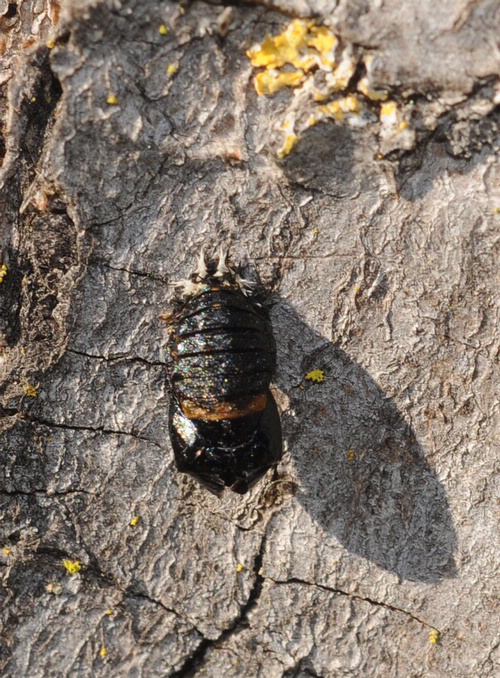 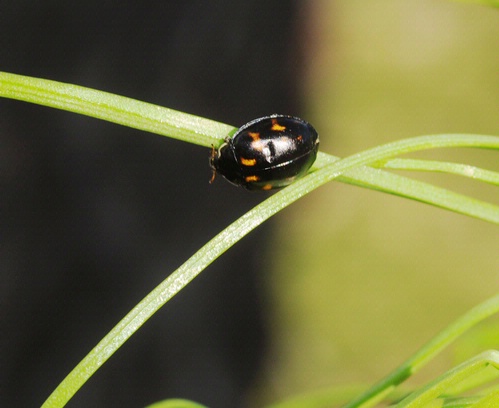 On Blade of Grass 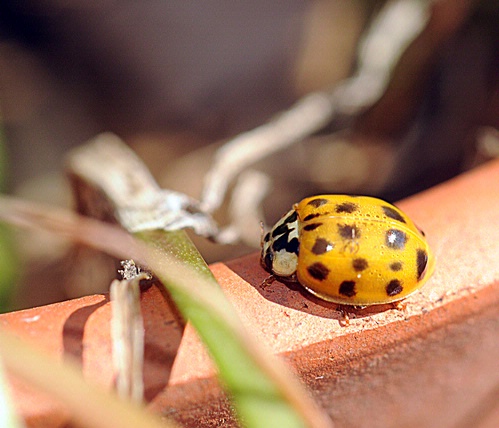