Growing up in the SF Bay Area, I’ve never been much of a fan of evergreen magnolias, (usually Magnolia grandiflora), possibly because they are all too common.  But the deciduous magnolias, well, that’s a different story.  Commonly called Tulip Trees, the blooms seem to pop out of the bare branches of Winter when you least expect it, many beginning in January.  There are dozens to choose from, and colors range from white to white/pink  to lavender and deep burgundy, and many are scented.  And amazingly enough, a new yellow Magnolia has been developed by growers!  These Magnolias are very cold hardy, but because early blooms are subject to frost damage, the later blooming varieties are best for the colder areas of the County.  You can also put them in a northern exposure location in your yard, which will also delay blooms.  Sunset Garden Book divides them into two types:  The saucer flowered Tulip Trees with which we are all familiar, and the star flowered ones, usually white and fragrant, such as M. stellata.

Although it is a bit past its peak by now, the SF Arboretum has a stunning collection that will knock your socks off during mid January through March.  One of the stars of the show is M. campbellii ‘Darjeeling’, with large deep burgundy blooms.  ‘Darjeeling’ was cultivated from a tree growing in the Lloyd Botanic Garden in Darjeeling India.  Its ancestors grow in the sheltered valleys of the Himalayas, Nepal, and into southern China.  M. campbellii var mollicomata blooms a little later, if late frost is a problem.

The attached photos show one of many varieties of Tulip Trees in our neighborhood in Vallejo in mid-March.


In my research, I ran across a cultivar called M. x soulangeana ‘Black Tulip’, which has spectacular deep burgundy blooms which are 6” across, opened up.  This was hybridized in New Zealand by Felix and Mark Jury.  I plan to order one from Monrovia Growers through Amazon ($115 for 5 gallon size) or from Mid City Nursery, avoiding a delivery charge.  The soulangeana hybrids are widely used in the Bay Area, as well as M. stellata, (star Magnolia) and M. denuda (Yulan Magnolia), both of which are fragrant. 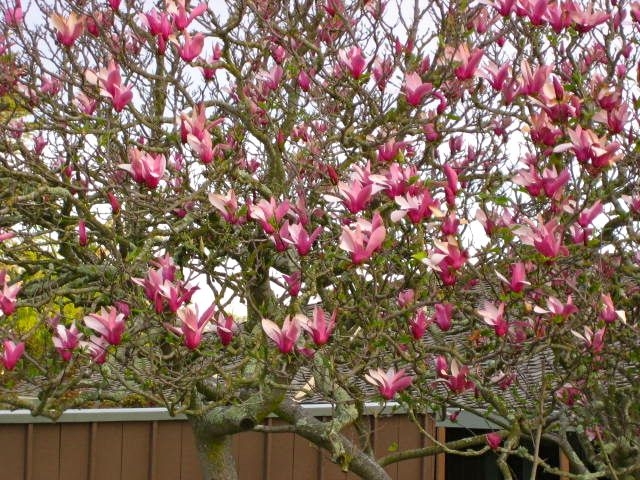 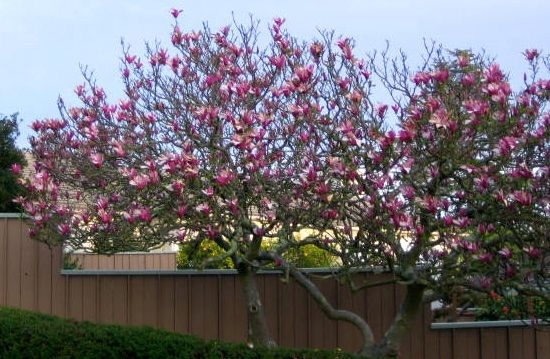 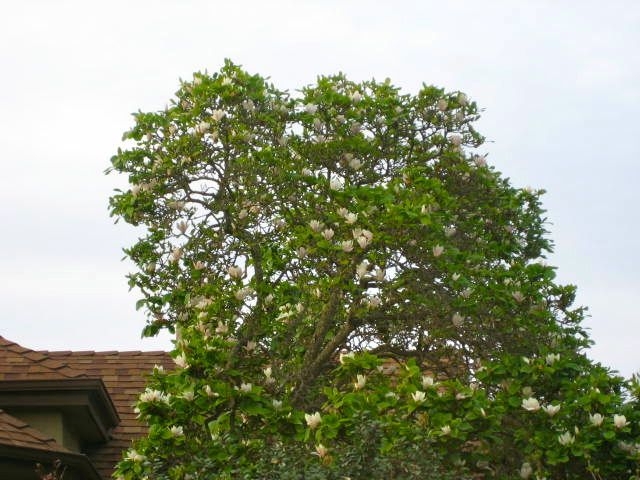