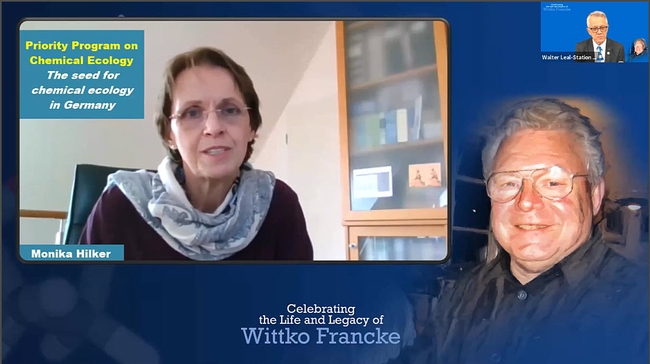 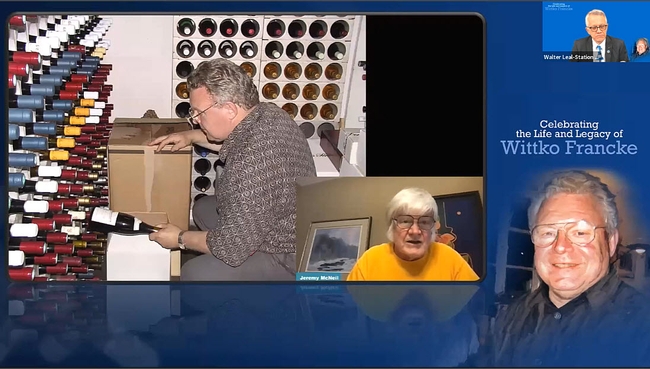 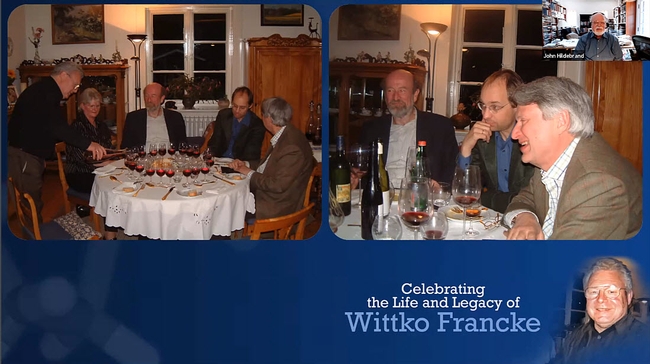 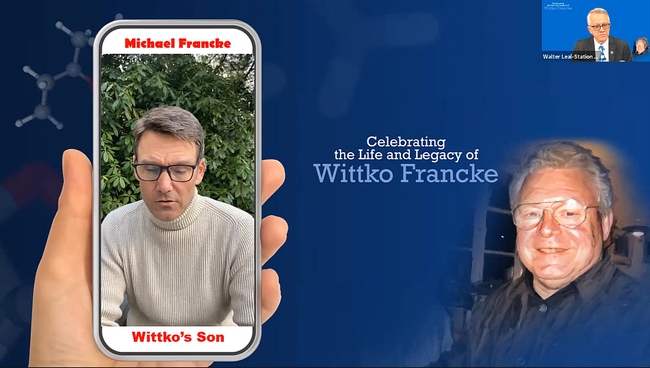 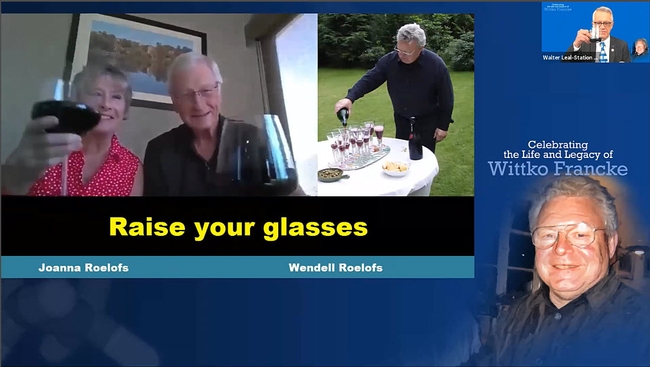 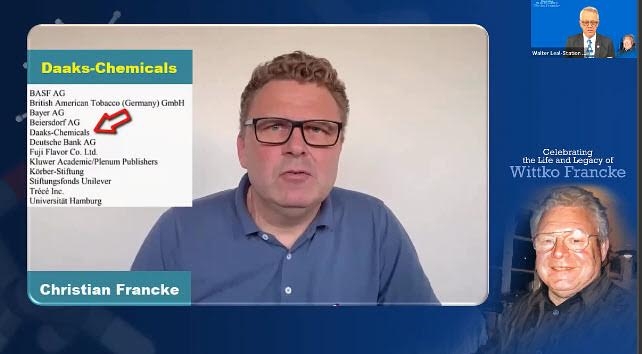 No, not on someone's head.

This is the butterfly, Strymon melinus, from the Lycaenidae family, known as the gossamer-winged butterflies.

It's an ashy gray butterfly with a white border. You'll also see orange spots on the ends of its hindwings and one on its head, in between the eyes.

One's been hanging around our fava beans, and what a welcome sight.

UC Davis distinguished professor Art Shapiro of the Department of Evolution and Ecology says on his website:

"Early spring specimens," he says, "are small and very dark with reduced red markings; 'albinos,' with the red replaced by pale yellow, occur mostly in the spring brood. There is much minor variation. Adults visit an immense variety of flowers, both wild and cultivated. They are particularly addicted to Heliotrope and white-flowered Apiaceae."

Sadly, Shapiro, who has been monitoring the butterfly populations of central California since 1972, has been seeing very few butterflies this spring in his transects. Let's hope the butterflies get back on track and give us a winning streak. 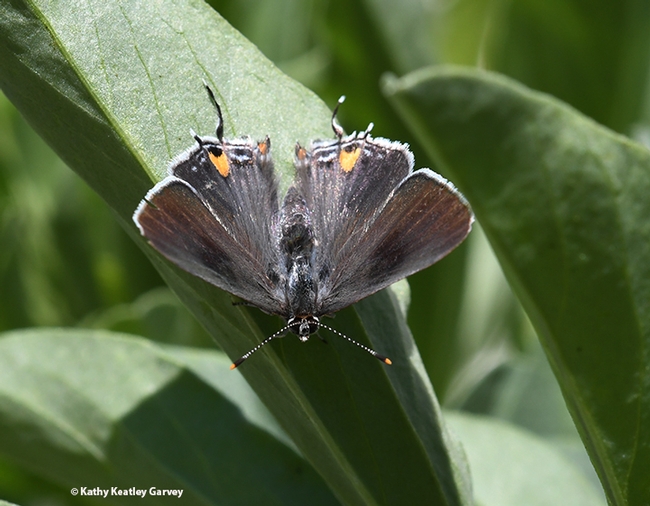 Insect physiologist Swapna Priya Rajarapu
spring also brings seminars about insects.
Insect physiologist Swapna Priya Rajarapu, a postdoctoral research scholar in the Dorith Rotenberg laboratory at North Carolina State University, Raleigh, will present the UC Davis Department of Entomology and Nematology's first seminar for the month of April. The department hosts online seminars at 4:10 p.m. on Wednesdays through June 2.
Rajarapu will speak on "Insect-Plant Molecular Interactions: Stories from Invasive Insects to Disease Vectors" at 4:10 p.m., Wednesday, April 14. Professor Diane Ullman is the host. Access this link to register for the Zoom event.
In the Rotenberg lab, she works on understanding the molecular interactions of an insect vector and their virus and their ability to modify the host plants.
"Insects have evolved physiological mechanisms to overcome the molecular defenses of their host plants," Rajarapu  says. "Some of these mechanisms include detoxification, target-site mutations, excretion and plant defense alteration.  Invasive insects and disease vectors employ these physiological mechanisms to utilize their host plants. My talk focuses on understanding these interactions between insects and plants in the light of invasion biology and vector biology." See her work on her website.
She seeks "to understand the physiological basis of insect adaptation to unique niches. Specifically, I am interested in molecular mechanisms evolved by insects to overcome toxic insults in their environments. I have studied physiological adaptation strategies of herbivorous insects to overcome host plant defenses. Outcomes of my research address broad ecological and evolutionary concepts such as invasion biology, nutritional ecology and insect-plant-virus interactions."
Rajarapu's expertise includes studying such insect pests as emerald ash borer, termites, leafhopper and thrips. Her technical expertise covers the top-down approaches, including tissue specific transcriptomics, proteomics, enzyme assays, western blots, gateway cloning and transient gene expression for functional studies.

A first-generation college student, Rajarapu holds two biochemistry degrees from Osmania University, India: her bachelor's degree (2006) and her master's degree (2008). She obtained her doctorate in entomology in 2013 from The Ohio State University, working with Professors Daniel Herms and Larry Phelan. Her dissertation: "Integrated Omics on the Physiology of Emerald Ash Borer."

Here's the seminar line-up for the spring quarter. All are scheduled from 4:10 to 5 p.m. on Wednesdays. 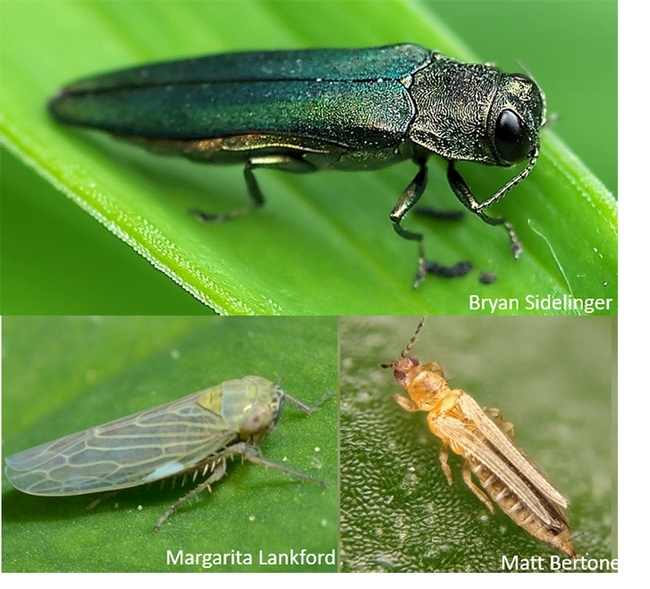 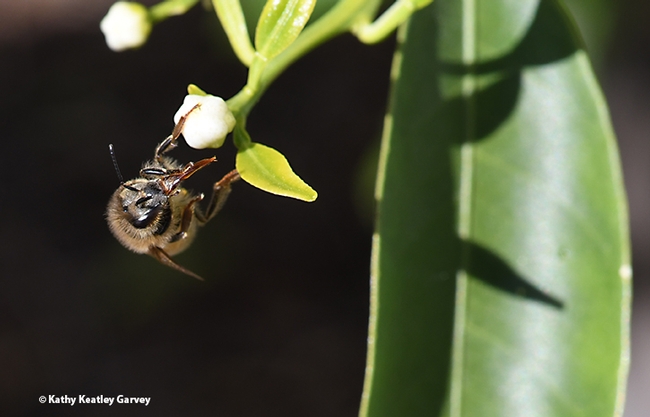 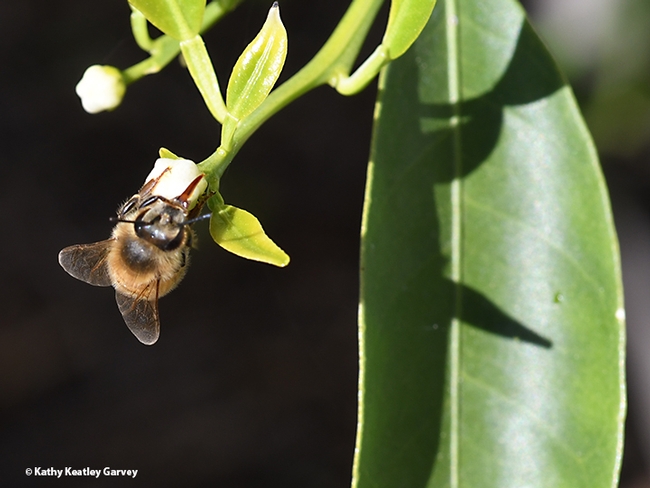 These cockroaches are ready to race. (Photo by Kathy Keatley Garvey)
It's just not a picnic without insects.

And when the 107th annual UC Davis Picnic Day goes virtual on Saturday, April 17, the insects will go virtual, too.

The UC Davis Department of Entomology and Nematology and the Bohart Museum of Entomology will be participating with virtual cockroach races and a series of talks. Among them: Bohart Museum associate and natural historian Greg Kareofelas will present a pre-recorded video on Gulf Fritillary butterflies and entomologist Jeff Smith,  the  Bohart's volunteer curator of the Lepidoptera collection, will deliver a live (Zoom) talk from 1 to 2 p.m. on butterfly and moth mimicry.

"For my presentation on mimicry within Lepidoptera, it will briefly mention camouflage and spend most of the time on mimicry for defense--mimics of toxic or distasteful species, mimicry using odors or sounds, mimics of snakes or spiders, and mimics of non-food materials such as bird feces," Smith said.

The UC Davis Entomology Graduate Student Association is selling t-shirts on its website (including shirts featuring Roach Races), and soon will be offering face masks and stickers. Bohart associate and natural historian Greg Kareofelas chats with visitors, pre COVID-19 pandemic. (Photo by Kathy Keatley Garvey)
The UC Davis Picnic Day, launched in 1909, "has become the crown-jewel event of the UC system and the signature event of UC Davis," according to the website. "One of the largest student-run events in the nation, Picnic Day showcases the richness of diversity and achievement at UC Davis and the surrounding community in the areas of research, teaching, service, and campus life."

It all began, according to the UC Davis Picnic Day website, "when the University Farm invited the surrounding community to view their new dairy barn. Two thousand visitors attended, bringing picnics to complement the coffee, cream, and sugar provided by the University. Following the success of the 1909 picnic, the faculty of the University Farm continued to plan and sponsor the event until a student committee took over the task in 1912. Through the years of Picnic Day history, the event has only been canceled five times. In 1924, an outbreak of hoof-and-mouth disease among the cowherds caused the first cancellation. In 1938, delayed construction of the gymnasium, which was needed to accommodate the ever-increasing number of participants, led to a second cancellation. During World War II, the Army Signal Corps controlled the campus, and Picnic Day disappeared from 1943 to 1945. Since 1946, Picnic Day has been growing strong and now boasts an annual attendance of more than 70,000 people. This year, there will be more than 200 events on campus and an estimated 75,000 visitors attending this special event. Since 1959, the parade was extended to include downtown Davis to celebrate the fact that Davis became a separate UC campus and not just the Farm School for UC Berkeley."

This year's Picnic Day won't look like the traditional Picnic Day, but it will include insects! 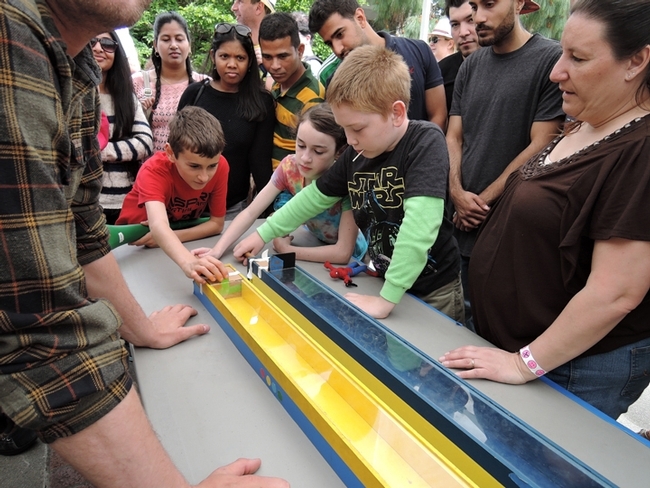 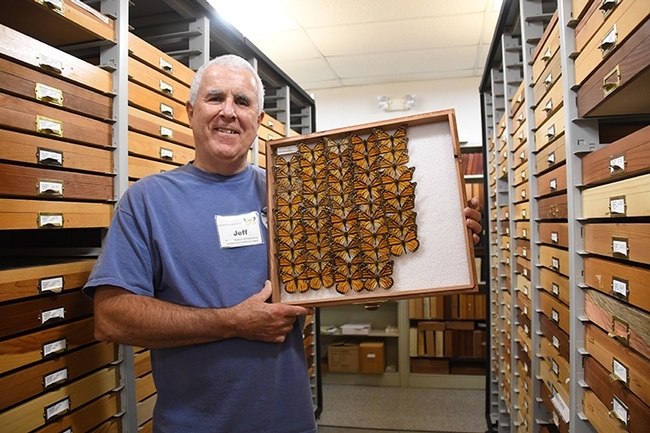