Bug Squad
sitenum=63
Happenings in the insect world
Which Bug's for You? At least one inquiring mind wants to know.

Journalist/cultural entomologist Emmet Brady of Davis, who reaches out to bug and non-bug people alike on his Davis-based radio show, "Insect News Network," is hosting his annual Bug-of-the-Year contest through  Jan. 14. You can hear his show Wednesdays from 4-5 p.m. and Fridays from 12 p.m. to 1 p.m. on KDRT 95.7 FM, Davis.

Last year the Australian Peacock Spider won Brady's contest. A spider? That's perfectly fine. Spiders are not insects but they fit quit well into the "Bug of the Year" candidates. And, they have excellent credentials.

And speaking of peacock spiders, you should check out Gwen Pearson's blog on Charismatic Minifauna: New Species of Peacock Spider Dances for You--and Sex and watch the video of this fascinating spider. Pearson, who holds a doctorate in entomology, initially began blogging as "The Bug Girl."

Emmet Brady urges everyone to vote, and vote often. Access the vote page here. "You can vote as many times as you like, for as many bugs as you like," Brady says, "but only one per visit, however."

And the 25 contenders? Drum roll, please:

Brady kindly lists their qualifications. For example, he writes about the honey bee:

"The perennial candidate for the BOTY, the honey bee is perhaps the most important insect to human civilization.  They represent in many ways a pinnacle of invertebrate evolution, as well as a complex and mystical interdependence with humans.  The bee has significance in almost every facet of our existence: ecological, economic, spiritual, historical, psychological, artistic, biomimetic and sociological.  Honey bees belong to the genus Apis, with 7 species worldwide.  There were no 'true' honey bees in the Western Hemisphere until the 17th century.  They embody a omnipresent contradiction in modern ecology: today, there are more honey bees on the planet than at any time in history.  However, the use of bees as agricultural tools has led to mismanagement and disrespect, as their commercial numbers have plummeted as much as 60 percent  in the past 20 years."

If none of these bugs is for you, wait--there's another one. It's called "other."

Just type in your favorite. Either way, this bug's for you. 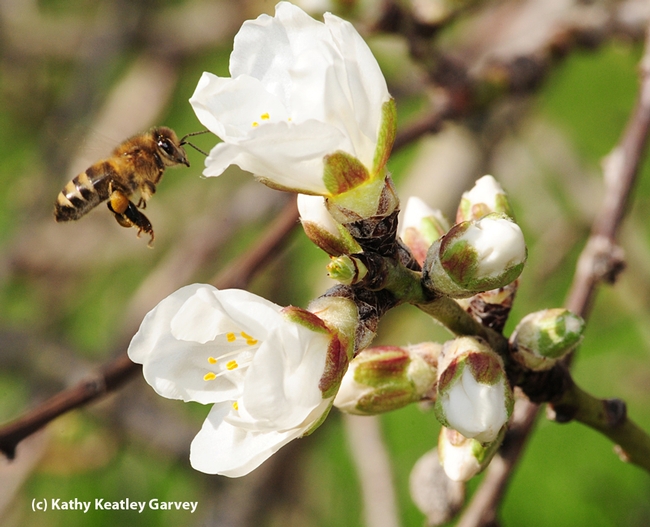