It was about a Sacramento, Calif., family with eight children. The journalist/father, Tom Bradford, wrote a column for the fictitious Sacramento Register.

"Eight Is Enough!" the father declared.

Eight is not nearly enough--that is, when it comes to rearing monarchs. Like a growing number of folks, we set out to do our part--a small scale-conservation project--to help the declining monarch population.

All season long, monarchs showed up to lay their eggs on the four species of milkweed in our pollinator garden in Vacaville, Calif.

So to protect them from predators and diseases, we'd bring the caterpillars  indoors and place them in a meshed, zippered butterfly habitat, purchased from the Bohart Museum of Entomology. There they munched away on milkweed, pupated, and voila! Adult monarchs ready to stretch their wings. Off they fluttered: to sip nectar, to mate, to migrate.

Fast-forward to mid-November. We walk out in the garden and spot something we shouldn't be seeing. Monarch caterpillars, munching away on the remaining tropical milkweed.

The November 'cat population: 12.  We brought them indoors and began feeding them the last of the milkweed.

Of the 12 caterpillars, eight are now beautiful monarch butterflies.

The most recent three to join the monarch menagerie:  one eclosed on Saturday, Dec. 24 (Christmas Eve); one on Sunday, Dec. 25 (Christmas Day), and one today, Tuesday, Dec. 27.

More monarchs to come...eight is not nearly enough!

Next: decision time for the eight monarchs. 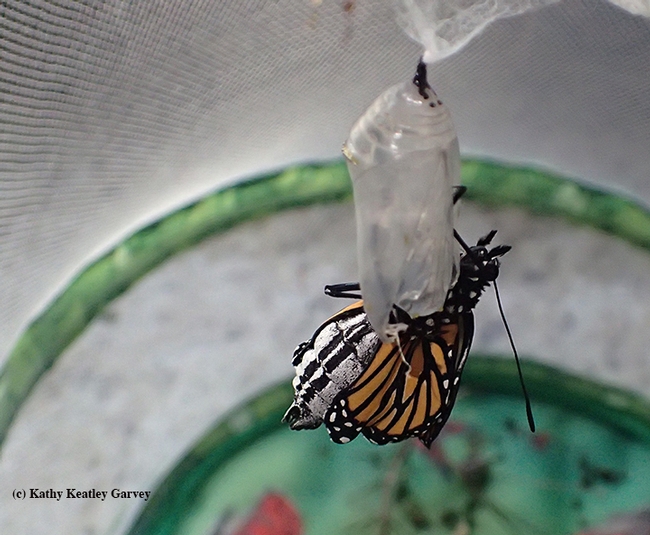 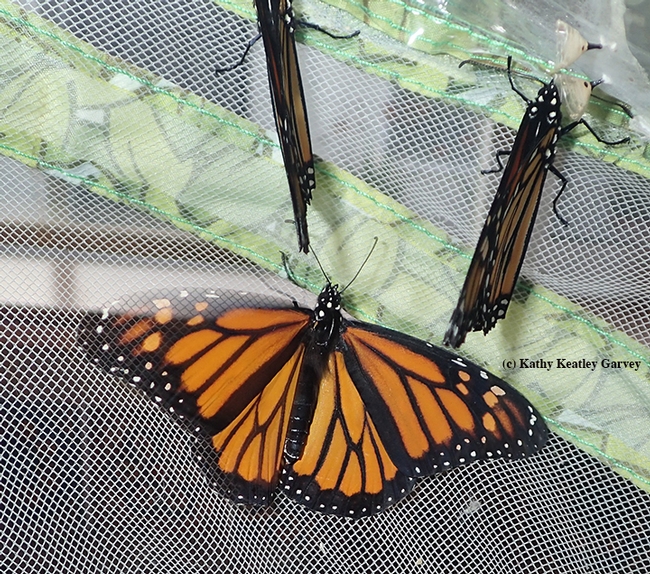 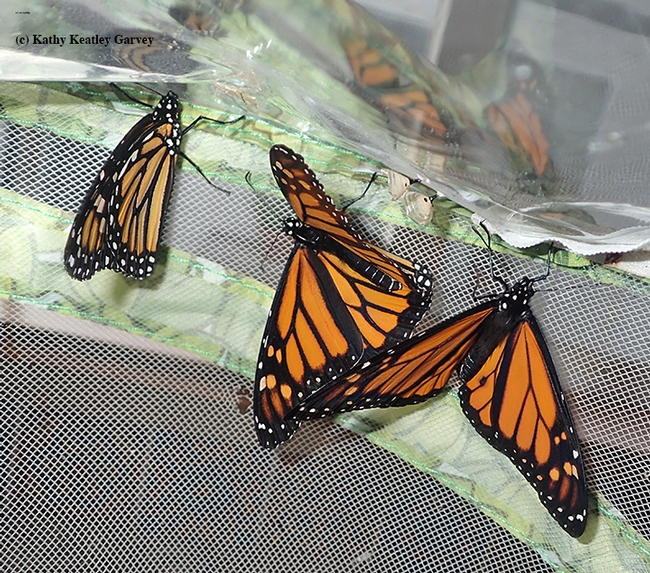