Ralph Washington Jr. is captain of the 2018 UC Berkeley-UC Davis Linnaean Games Team. He also captained the consecutive UC Davis national championship teams in 2015 and 2016.
Where are you most likely to encounter a rheophilic insect?

If you know the answer to that, you could have scored at the Linnaean Games competition at the recent meeting of the Pacific Branch, Entomological Society of America (PBESA).

The answer: "In moving streams." (Rheophilic means "preferring or living in flowing water.")

The UC Berkeley-UC Davis Linnaean Games Team, comprised of graduate students, answered that question--and many more--to win the PBESA championship and will now compete for the national championship at the Entomological Society of America's annual meeting, set Nov. 11-14 in the Vancouver Convention Center, Vancouver, B.C.

If you've ever been to the national Linnaean Team Games, they're a kick, both educational and entertaining.  Launched in 1983, they're described as "lively question-and-answer, college bowl-style competitions on entomological facts." The competitors? Winning teams from the ESA branch competitions. The teams score points by correctly answering random questions. Emily Bick is a member of the UC Berkeley-UC Davis Linnaean Games Team and helped the UC Davis team win a national championship in 2016.
Ralph Washington Jr., a UC Davis entomology graduate who is studying for his master's degree in public policy at UC Berkeley, captains the UC Berkeley-UC Davis team. Joining him are UC Davis doctoral students Brendon Boudinot, Jill Oberski and Zachary Griebenow, all of the Phil Ward lab, specializing in ants; and UC Davis doctoral student Emily Bick of the Christian Nansen lab, a lab that specializes in insect ecology, integrated pest management and remote sensing.

Background: Each ESA branch hosts a Linnaean game competition at its annual meeting. The winning team and the runner-up both advance to the national competition. The UC Berkeley-UC Davis team won the regional championship at the Linnaean Games hosted by PBESA at its meeting June 10-13 in Reno by defeating Washington State University in a sudden death overtime.

Look for both of them at the national preliminaries, which begin at noon Sunday, Nov. 11. The finals will get underway at 5 p.m. on Tuesday, Nov. 13. Members of the winning team will each receive a gold medal and  and a plaque for the team's department.

Theme of the ESA meeting is “Sharing Insect Science Globally.”  It's a joint meeting with the Entomological Societies of Canada and British Columbia.

All videos of the national Linnaean Games championships are posted here. To gain a preview of how this year's competing teams practice, be sure to read this piece in ESA's Entomology Today. 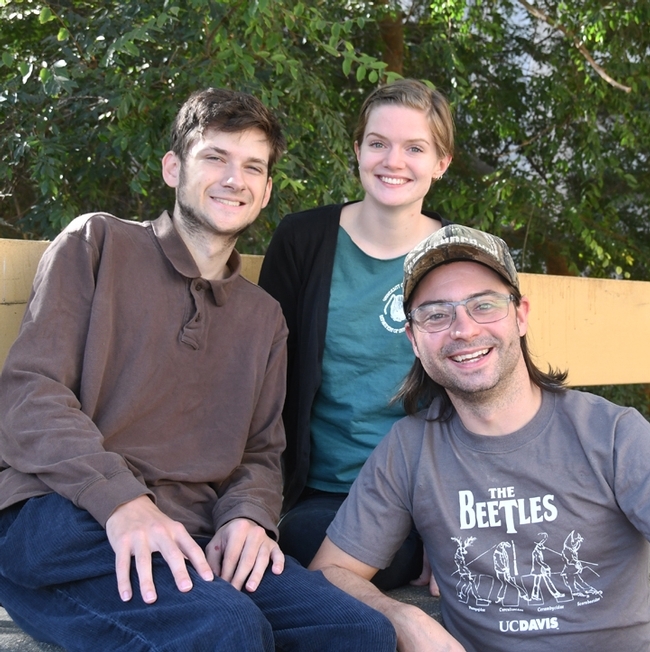