Professor Jason Bond, the Evert and Marion Schlinger Endowed Chair in Insect Systematics, UC Davis Department of Entomology and Nematology. (Photo by Kathy Keatley Garvey)
It's a thought-provoking podcast that you won't want to miss.

Bond, who joined the UC Davis faculty in 2018 from Auburn University, Alabama, where he directed the Auburn University Museum of Natural History and chaired the Department of Biological Sciences, focuses his research “primarily on the discovery, conservation, and investigation of the pattern and processes responsible for the diversity of life.”

“My research program has been principally aimed to 1) document biodiversity by discovering and describing new species (and higher taxa, genera and families), 2) identify various dimensions of diversity and those underlying evolutionary processes that generate it, and 3) use these findings to identify threatened or endangered populations and taxa,” he writes on his website. “My organismal expertise centers on terrestrial arthropods (spiders, millipedes, and tenebrionid beetles).  Current research projects focus on spider and beetle speciation pattern and process, higher level phylogenomics of millipedes and spiders, and understanding broad-scale patterns of biodiversity and relationship to biogeography, habitat destruction, and climate (contemporary and historical).” L. Brian Patrick, professor of biology at Dakota Wesleyan University.
Bond's definition of taxonomy defers from the traditional one.

“Typically I think the traditional definition of taxonomy is ‘the science of describing and classifying species,'” Bond told us following the podcast. “I think this definition typically misrepresents taxonomy as a purely descriptive science, which it is not. I think taxonomy might be better defined as ‘the science of species delimitation and classification.' Modern taxonomic species are the outcome of an experiment that tests integrative (i.e., using morphological, genetic, ecological, physiological, etc. ) hypotheses of homology, variation and evolutionary relatedness. These species are serve as hypotheses subject to further testing and refinement as more data (e.g., specimens, genomic, etc.) become available.”

Patrick launched the podcast by describing Bond as “one of my hero arachnologists.”

When Patrick asked him why there's a taxonomic impediment, Bond commented that “most fundamentally, it's hard work,” and that “very few people are being trained as taxonomists” and very few are hiring them. “If you're a taxonomist working on an obscure group,” you may be the first to be cut from your position, he said.

Bond declared there's a big difference between “identifying arthropods and the science of taxonomy. Someone did the underlying science to allow a person to make that identification.”

The National Science Foundation (NSF) used to train students in taxonomy in its PEET (Partnerships for Enhancing Expertise in Taxonomy) program. But PEET is now longer accepting grant proposals.

DNA barcoding, or a method of species identification using a short section of DNA from a specific gene or genes, “is useless in a vacuum,” Bond related. “Someone has to the initial work.”

“If we visited another planet,” Bond said, “and discovered new forms of life, it would be nearly impossible to apply DNA barcoding…there is no silver magic bullet out there to automate species discovery and classification.”

When asked how he would resolve taxonomic impediment, Bond related that more exposure and more funding would certainly help. “We spent $2.9 billion on the Perseverance Mars probe,” Bond said, but in comparison, the annual budget of the NSF's Division of Environmental Biology (which includes grants for taxonomists) amounts to about $155 million.  “We spend massive amounts of money exploring other planets than the planet we are on.”

“We're ignoring species extinctions in our own back yard,” Patrick added.

Bond agreed. “While we're trying to find intelligent life on other planets, we are destroying some of the life on our own,” the UC Davis professor said, adding that the next frontier--space exploration—always seems to be more exciting than what we have here.

Bond, who has described more than 100 new taxa--families, genera, species of spiders and millipedes--advocates more attention to taxonomy to “generate the enthusiasm that's out there.  We need a hero.”

“If I were independently wealthy, I'd establish a taxonomic foundation or institute where we hire taxonomists to work in-residence,” Bond said, adding that to move science forward, we should bring them in from all over world to work on their regional fauna; and give them the training they need--“at least five years to really work and develop a team.” 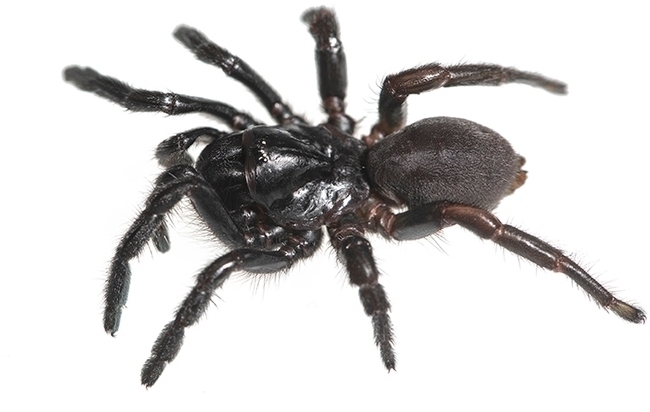