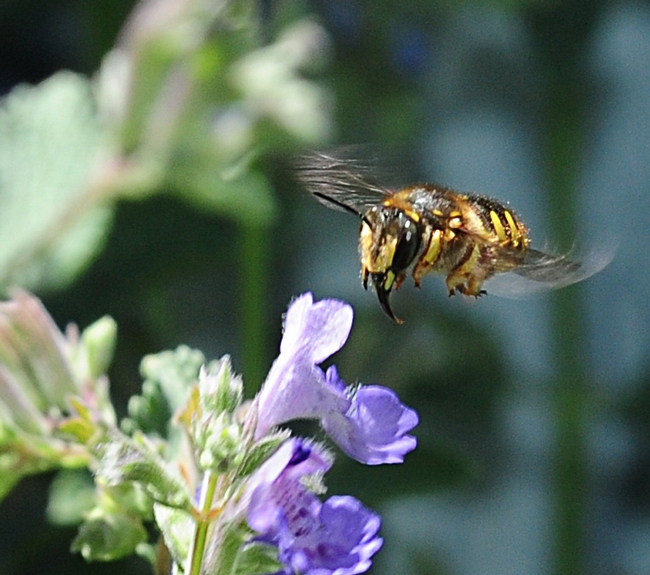 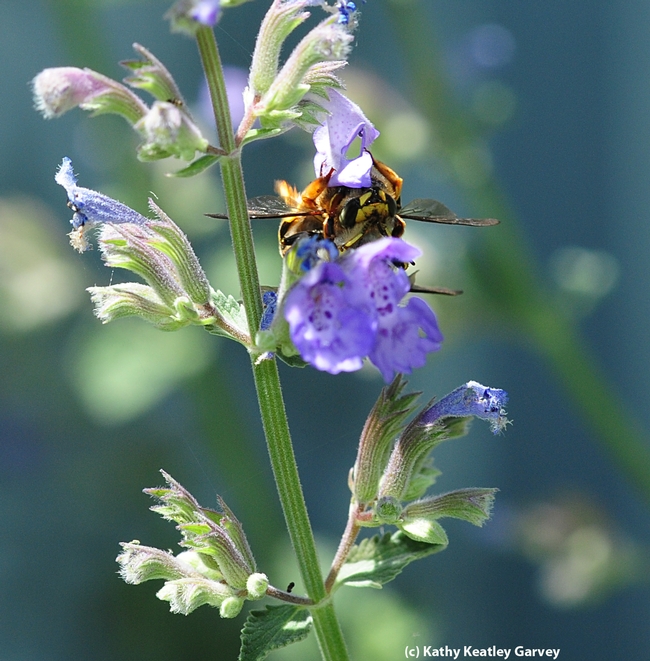 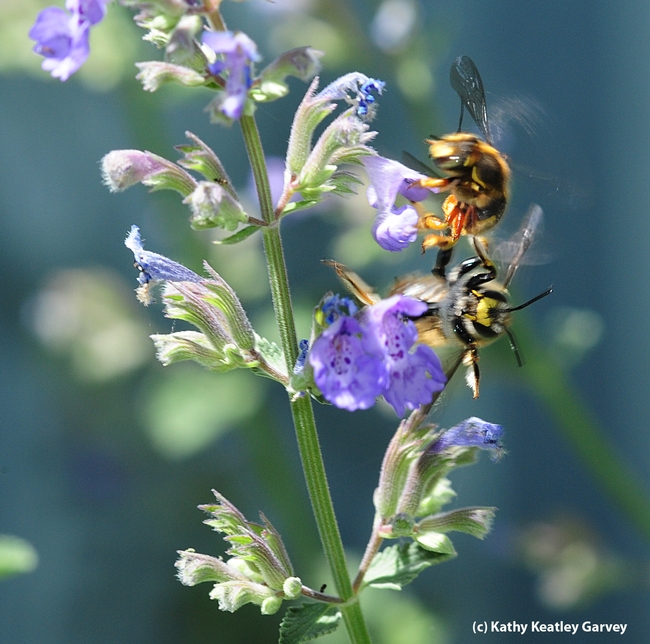 Ever seen male European wool carder bees (Anthidium manicutum) defend their territory? Ever seen them chase away other pollinators while they're hunting for prospective mates?

"Indeed, male wool carder bees are pretty aggressive in their hunt for females and in defense of their territories," commented native pollinator specialist Robbin Thorp, emeritus professor of entomology at UC Davis.

Once the male carder bee spots a female of his own species, he quickly races up to mate with her. He is aggressive with her, too.

The wool carder bee, so named because the female "cards" or removes plant fuzz to line her nest,  is a native of Europe. The species was introduced to the United States (New York) in 1963, and was first identified in California (Sunnyvale) in 2007.

So, it's a relatively newcomer engaging in old ways.

Fact is, the European wool carder bee and the honey bee grew up together in the Old World and now they're realigning in the New World.  (European colonists brought the honey bee to America--Jamestown colony--in 1662.)

Last weekend we watched a particularly aggresive male European wool carder bee target a honey bee while she was nectaring catmint (Nepeta). He hovered in mid-air like a helicopter and then suddenly attacked. The force of the impact toppled him over. Then, she, too, collapsed from the blow.

She dropped through the catmint leaves and lingered there for a moment before cautiously emerging. Whoa! What was that? Then she quickly buzzed off.

Undaunted, the male circled where she'd been, looking for any sign of movement.

There will be another time. 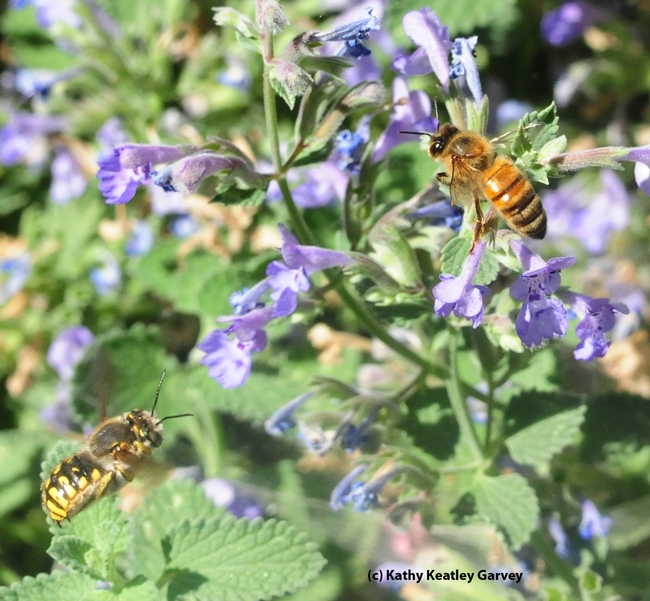 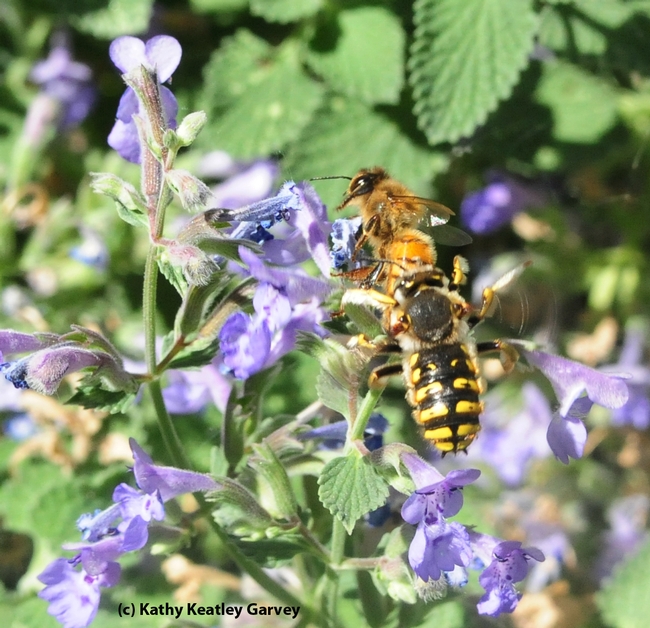 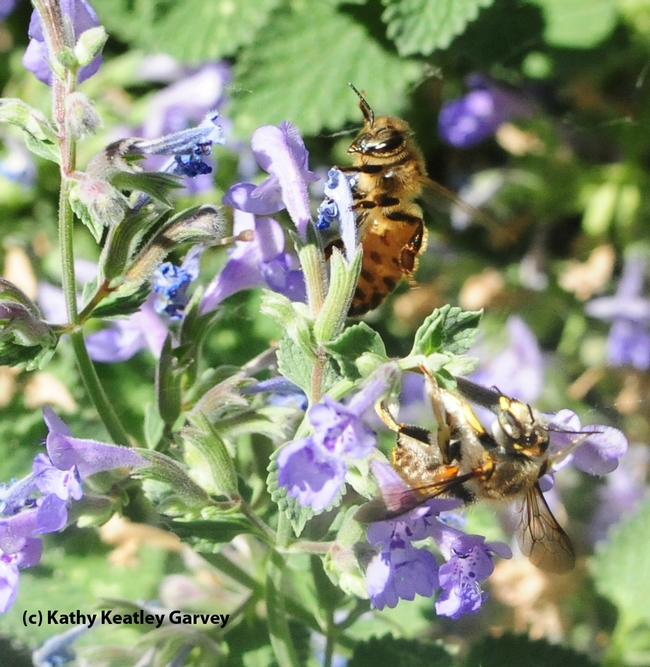 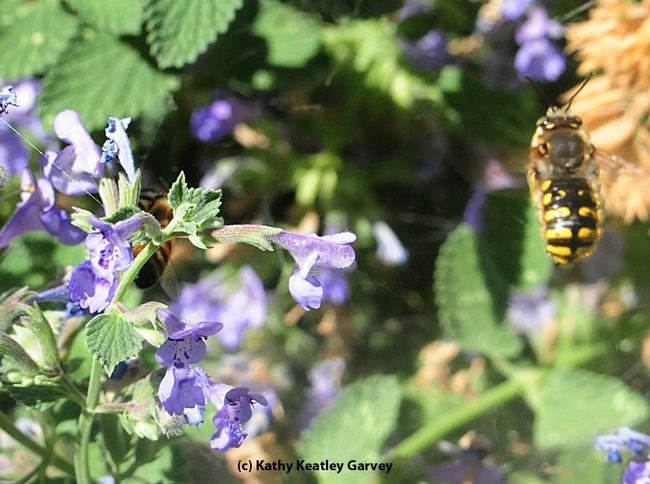 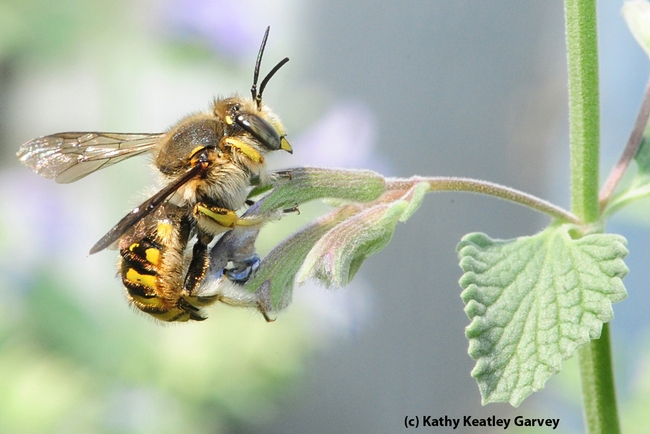 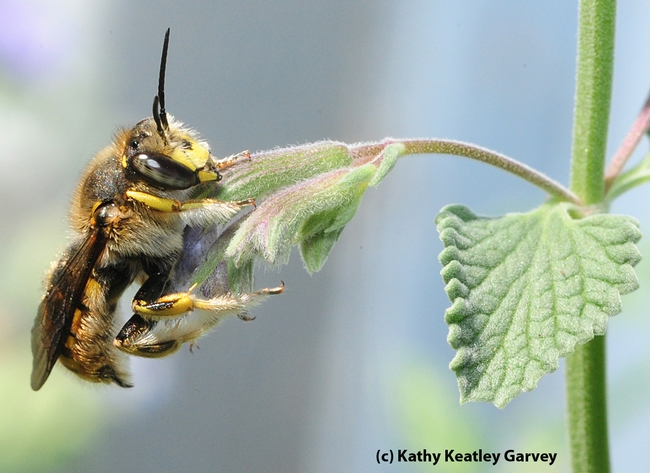 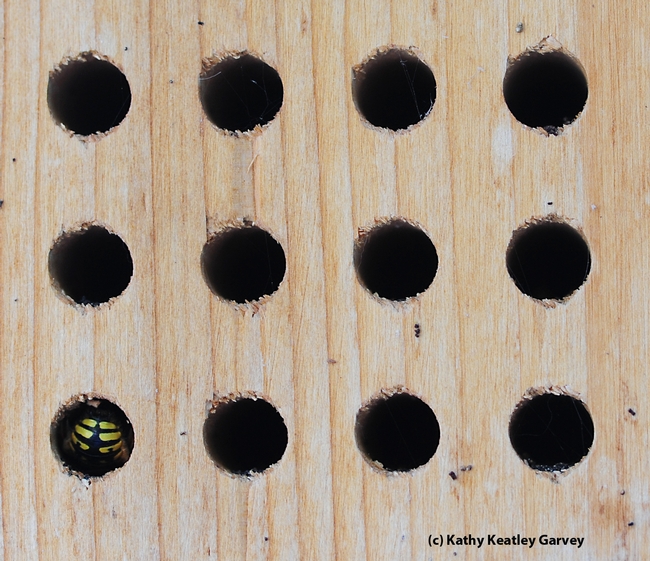 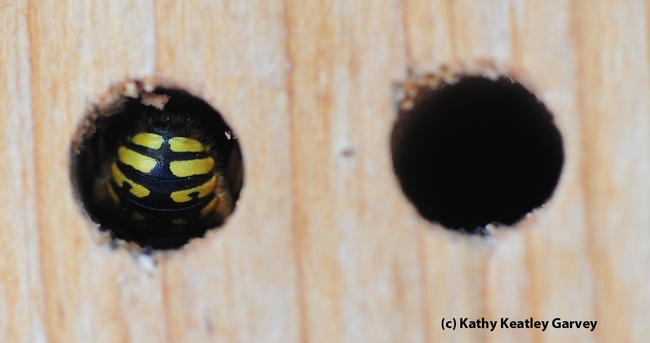 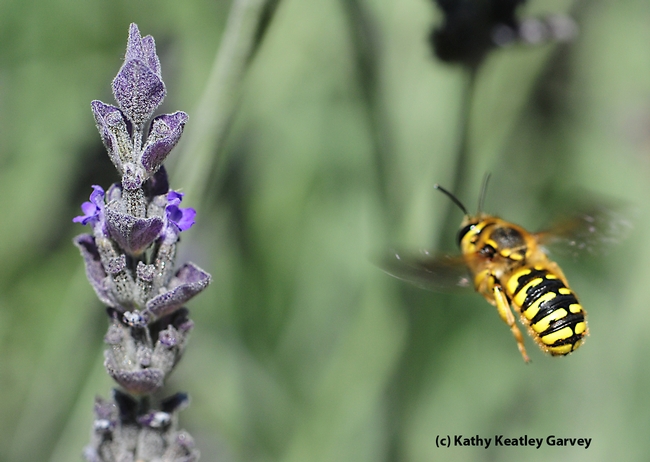 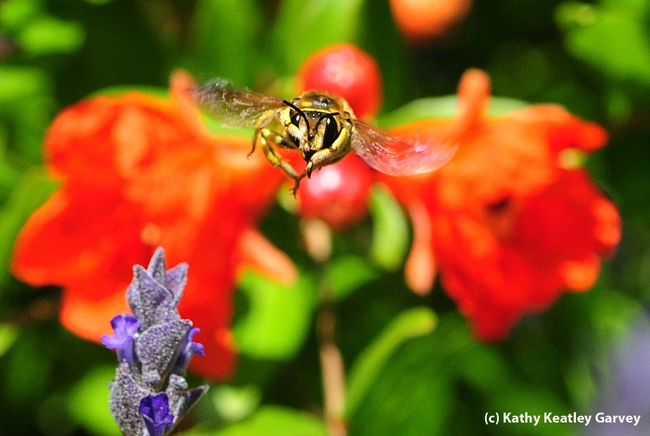 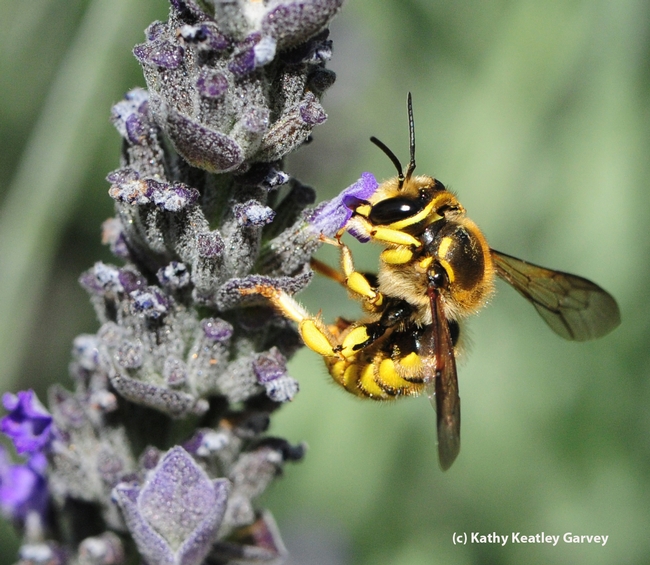 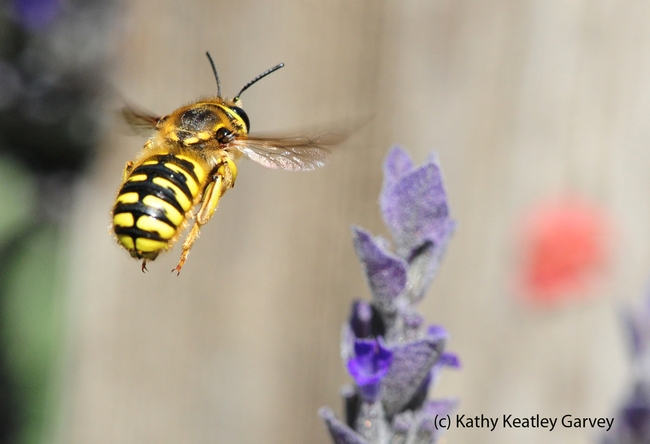