The rain and wind took turns destroying the flowers in our garden last Sunday in a siege not unlike a scene from The Wrestler.

The rock purslane (Calandrinia grandiflora) took a beating, but like Mickey Rourke, it will return.

The blossoms were simply gorgeous.  With the warmth of the morning sun, the magenta petals peeked open and then unfolded to the tune of Vivaldi's Spring. Or maybe it just seemed like it.

This is a perennial that welcomes all visitors. "When you're here, you're family." Roll out the magenta carpet. No guest list. No engraved invitation. No RSVP.

And no gift for the hostess.

The visitors ARE the gift. 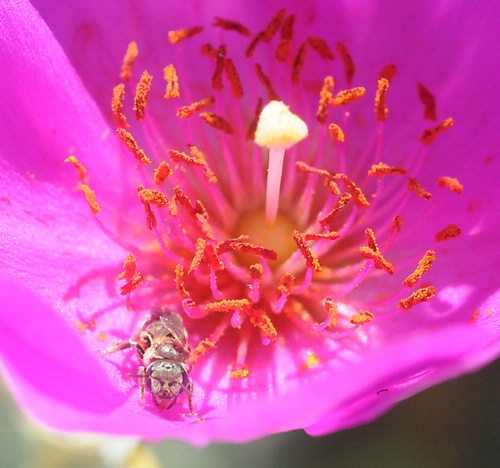 Published in 2006 by Reaktion Books, , it's short, simple and sweet.

Although born and reared in and , Preston has spent her entire adult life in , earning a doctorate in English literature at and then teaching there for several years before heading to Cambridge. She's now a fellow and a  lecturer in Renaissance English Literature at .

But back to Bee.

Preston traces the history of bees (Apis mellifera) to southern Asia: bees probably originated in Afghanistan, she says. They were imported to South America in the 1530s and to what is now the United States (Virginia) in 1621. Native Americans called them "The Englishman's fly."

Preston calls the bee "Nature's workaholic" and borrowing a comment from Sue Monk Kidd's superb novel, The Secret Life of Bees, remarks: "You could not stop a bee from working if you tried."

"The most talented specialists (in the bee colony) are the workers," Preston writes. "They are the builders, brood-nurses, honey-makers, pollen-stampers, guards, porters, and foragers, and those tasks are related to their developmental age."

"All worker bees, in other words, take up these functions in succession as they mature, with the newest workers undertaking nursing, cleaning, building and repair in the nest, somewhat older workers making honey and standing guard, and the oldest bees foraging for pollen and nectar."

Frankly, bees are social insects in a highly social organization. They don't waver from their duties. The queen's job is to mate and then lay eggs for the rest of her life. The drone's job is to mate and then die. If the drones make it to autumn, the worker bees drive them from the hives "to die of starvation," Preston writes. "This exclusion of some hundreds of drones each autumn is one of the most remarkable sights in the animal kingdom. The workers are pitiless: drones do no work in the maintenance of the colony and cannot even feed themselves, so they cannot be allowed to overwinter and consume precious resources."

It's a sad time, to be  sure. Bee breeder-geneticist Susan Cobey, manager of the Harry H. Laidlaw Jr. Honey Bee Research Facility at UC Davis, tells us she feels sorry for the drones. "They're cold and hungry and get pushed out of the hive."

And, as UC Davis apiculturist Eric Mussen says: "First the workers quit feeding them (drones) so they're light enough to push out."

But as winter ebbs away and spring beckons, soon each hive will be teeming with  some 50,000 to 60,000 bees. And all those worker bees--which Preston calls  "agricultural workers"--will be turning into Nature's workaholics.

They'll never be promoted to CEO, though. 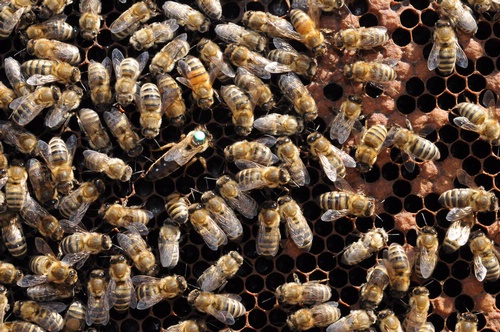 It promises to attract a large crowd.

The UC Davis Center for Population Biology is planning a Darwin Day on Monday, Feb. 23.

If it sounds like a belated birthday party, it is and it isn't.

Darwin Day, billed as "a global celebration of science and reason," is held on or around Feb. 12, the birthday anniversary of evolutionary biologist Charles Darwin, according to a specially set up Web site dedicated to him and his work.

The Davis celebration, free and open to the public, begins at 7 p.m., in the Varsity Theatre, 616 Second St., Davis.

The one-hour event will include two public lectures, a birthday cake, and insect and fossil exhibits.

will discuss “The Evolution-Intelligent Design Controversy: What Lessons Does It Offer about the Nature of Legitimate Science?” Of her topic, she says: “There is a great deal of public misunderstanding about science, and yet scientific literacy is more critical now than ever before. In this talk, I'll discuss how evidence is used in fundamentally different ways by doctrinarians and scientists, using evidence for evolution to demonstrate that difference. Science is important, but its sphere is limited only to natural phenomena, leaving abundant room for the reconciliation of science with faith.”

Eisen’s topic is “Evolutionary Biology is a Valuable and Practical Tool.” He elaborates:  "Evolution is frequently interpreted as a science of the past. However, an evolutionary perspective is a powerful and irreplaceable tool in studying and understanding the world around us. I will give examples of how information on evolution plays critical roles in subjects ranging from drug and vaccine development, forensics, conservation biology, and human medicine.”

The Darwin Day event is one of more than 700 celebrations occurring globally--on or around Feb. 12. 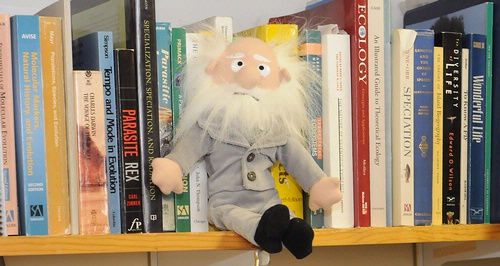 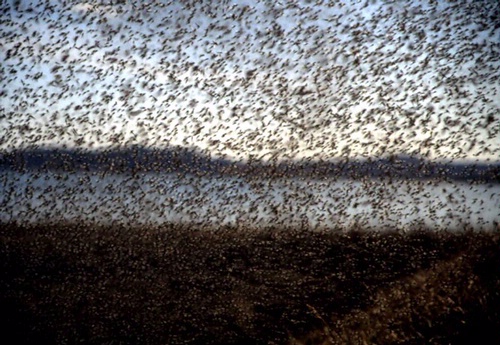 They're Down Under and on deadline.

Entomology professors Penny Gullan and Peter Cranston of the University of California, Davis, are finishing the fourth edition of their popular textbook, The Insects: An Outline of Entomology.

They're not in , though. They're in their lab in .

Their textbook is a veritable Who's Who and What's What of the study of insects.  One reviewer wrote:  "This established textbook continues to provide a comprehensive and stimulating introduction to insects, a group of animals that represent over half of the planet's biological diversity. It commences with a review of the significance of insects, their immense diversity and their patterns of distribution. Insects influence all of our activities, and in seeking to understand their success, the key features of insect anatomy, physiology, behaviour, ecology, phylogeny and evolution are identified by the authors."

Their book was also mentioned in a recent Smithsonian article featuring the Linnaean Games, a national insect trivia contest conducted at the annual Entomological Society of America meeting. In the Linnaean Games, teams of entomology students vie for top honors in a college-bowl-like competition.

Writer Abigail Tucker of the Smithsonian described the Gullan-Cranston book as "classic" in her article, "Bugs, Brains and Trivia," about the Linnaean Games:

"To prepare, teams from universities across the country practice weekly, poring over classic texts like P.J. Gullan and P.S. Cranston’s The Insects, memorizing banks of recorded questions from previous games and reading journals to keep up to date with the latest in pesticide chemistry. They bone up on social entomology, medical entomology, ecology and the dreaded systematics, which includes insect phylogeny and evolution. They also work on speed and reflexes, slapping at the buzzer like they’d swat a vicious mosquito." 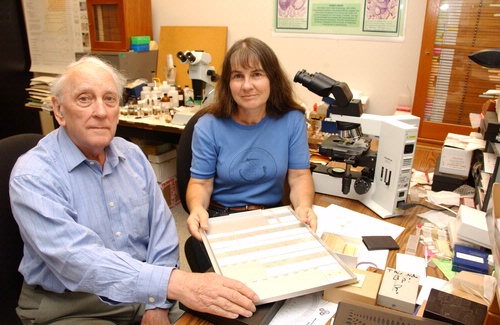 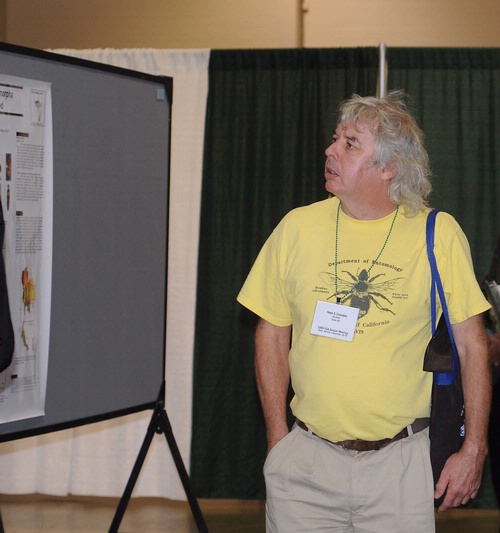