Katharina Ullmann, pollination specialist for the Xerces Society for Invertebrate Conservation, is organizing the March 15 field day in Zamora.
"A" is for almonds and "Z" is for Zamora.

Mark your calendar for Tuesday, March 15 for a two-hour workshop, "Almond Pollination and Orchard Pollinator Planters" in Zamora, Yolo County. It's free and open to the public.

UC Davis pollination ecologists and other experts will be among those speaking at the event, to take place from 9 a.m. to 11 a.m. at 8304 County Road 91B, Zamora. No reservations are required.

“This field day will provide an overview of integrated crop pollination and on-farm wildflower plantings for almonds in the Sacramento Valley,” said organizer Katharina Ullmann, who received her doctorate in entomology from UC Davis last year with major professor and pollination ecologist Neal Williams. She is now a pollination specialist for the Xerces Society for Invertebrate Conservation.

“We will hear the latest research from a UC Davis lab studying almond pollination and wildflower plantings, learn about almond pollinators and how to support those pollinators using wildflowers," Ullmann said. "We will also discuss establishment and maintenance practices for planting habitat on field crop edges and provide an overview of plant species appropriate for plantings in the Sacramento Valley and beyond. Two growers will share their perspectives." Ula Lundin, postdoctoral researcher
Among the speakers is Ula Lundin of Sweden, a postdoctoral researcher in Williams laboratory, UC Davis Department of Entomology and Nematology. "I am interested in how functionally important insects in agriculture like pollinators, pests and natural enemies are affected by agricultural management and environmental drivers at the field, landscape and regional scale," he says on the lab website. "In my PhD project I explored these questions in Swedish clover seed production, studying pollination and pest control provided by bumble bees and parasitoids attacking economically important seed predators." In his postdoc project, Lundin is working with "the enhancement of pollination and pest control services with wildflower plantings as a part of the Integrated Crop Pollination Project."

Continuing education credits will be given. Participants are asked to bring a hat, sunscreen and good walking shoes. For more information contact Katharina Ullmann at katharina@xerces.org or at (530) 302-5504. 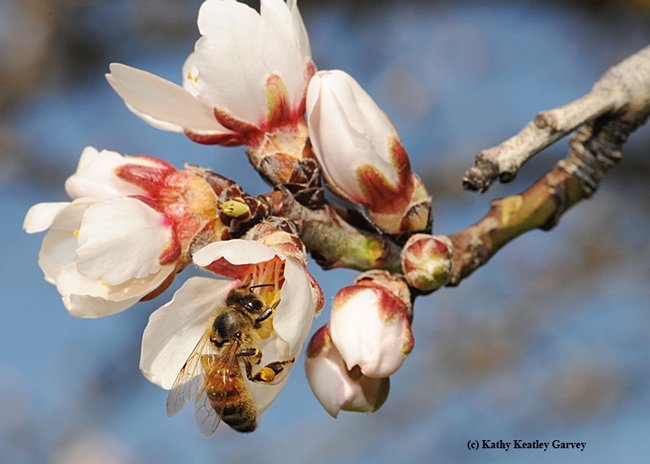 A beckoning almond blossom. (Photo by Kathy Keatley Garvey)
If you're anywhere near an almond orchard, you've probably heard the steady buzz.

That's the soothing sound of honey bees gathering food for their colony--and in the process, pollinating almonds.

The buzz is to bees what a purr is to a cat.

But the almond pollination season that began around Valentine's Day in California  is almost over. By mid-March, it's fini.

The solo almond tree that bloomed in early January in the Benicia State Recreation Area is already leafed out. It's the perfect hot spot: sun-warmed asphalt, southern exposure and no neighbors to shade it.

Meanwhile, the Almond Board of California (ABC) newsroom is buzzing, too.

"Through research we know that almond pollen is very nutritious for honey bees," said Bob Curtis, director of agricultural affairs at ABC said in a news release. "Research also shows that bee hives increase in strength during the time they spend pollinating almonds. This allows many beekeepers to then split their hives and grow their apiaries, giving the beekeepers and their bees a good foundation for the upcoming year. After their stay in the almond orchards, bees move on to pollinate more than 90 other crops in our state and elsewhere in the nation."

California now has 1 million acres of almonds, and each acre requires two bee hives for pollination. And how many almond growers are there in the state? More than 6,000, according to ABC.

"While good soil, climate, and other factors are crucial, without honey bees to pollinate our trees each spring, there would be no almonds," said Curtis in the news release. "And without almond blossoms, the bees would lose their first source of natural pollen each year. It's a win-win relationship."

Back in 2014, almond growers, beekeepers, bee breeders and scientists got together and hammered out the "Honey Bee Best Management Practices (BMPs) for California Almonds."

Extension apiculturist (now emeritus) Eric Mussen of the UC Davis Department of Entomology and Nematology, participated in that major endeavor.

"Since their release, the BMPs have been shared at over 70 industry meetings with more than 7,000 copies distributed to almond farmers and beekeepers alike," according to the ABC news release.  "The strong, favorable response to the BMPs marks another milestone in the effort to protect honey bee health and preserve the mutually beneficial relationship between honey bees and almonds."

Without bees, no almonds, so the relationship between the almond growers and the beekeepers must continue to be nurtured, cultivated and strengthened.

You can access the ABC's Honey Bee BMPs at Almonds.com/BeeBMPs. And for more information about the pollination partnership between honey bees and almonds, access  "The Buzz on Bees + Almonds."

Meanwhile, listen to the bees buzz, a sure sign of winter's demise and spring's promise. 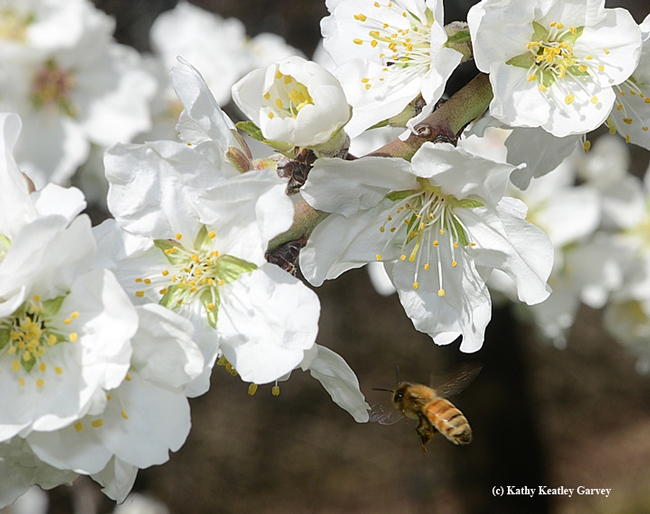 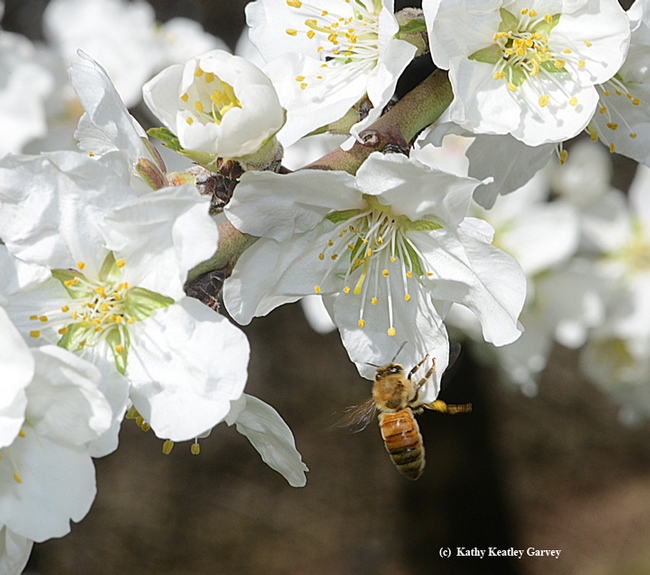 A honey bee doesn't need to be told where to go and what to do. (Photo by Kathy Keatley Garvey) 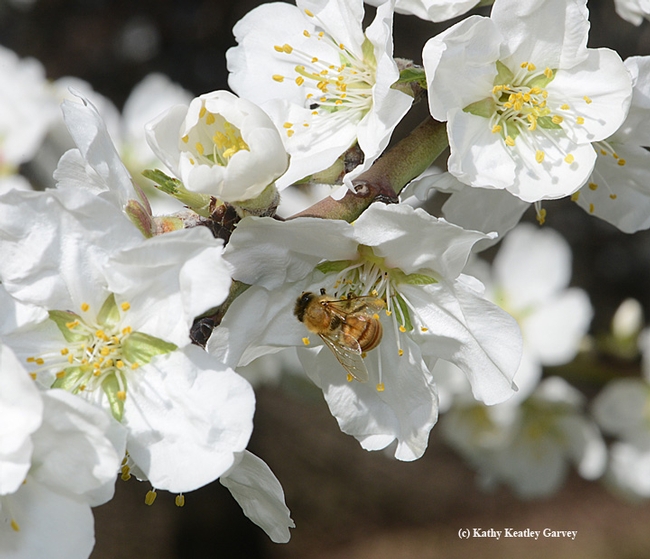 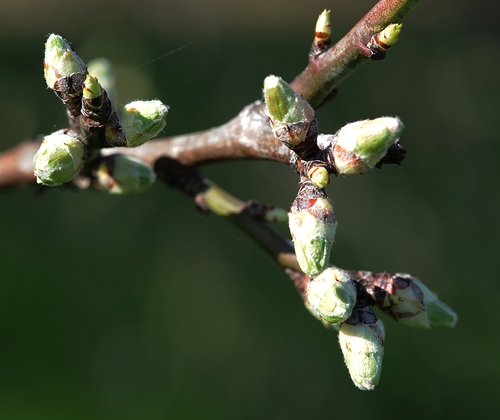 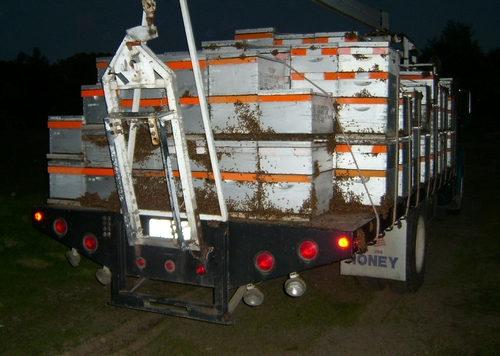 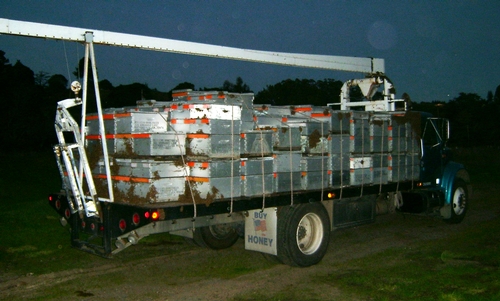 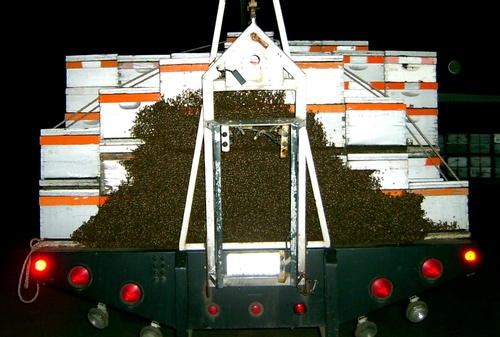