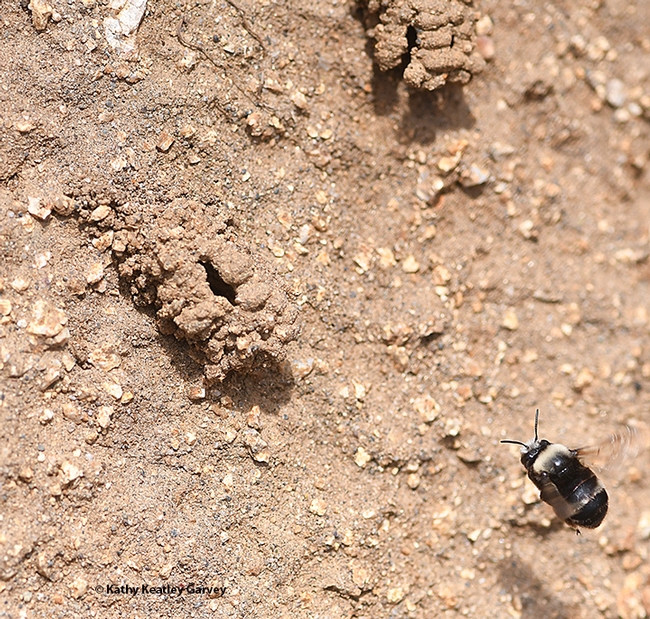 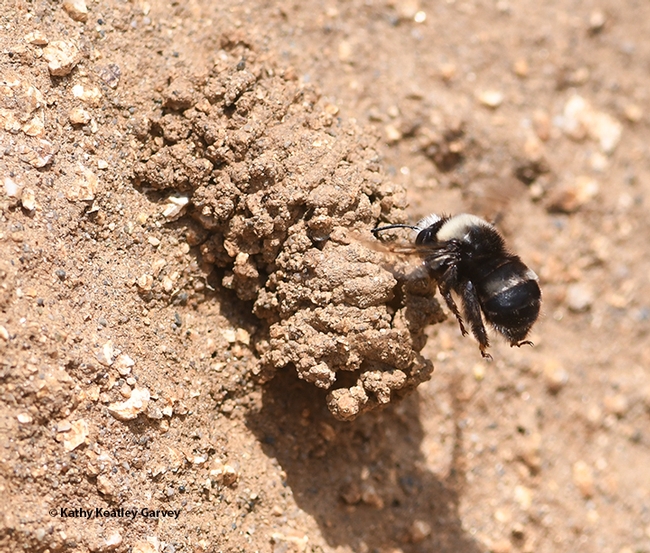 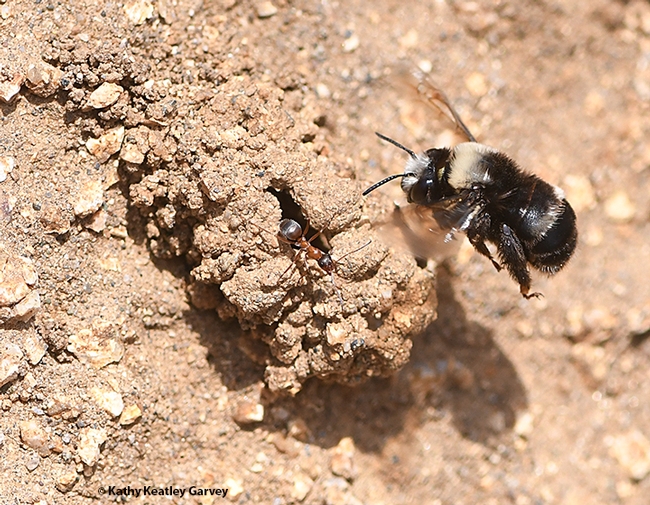 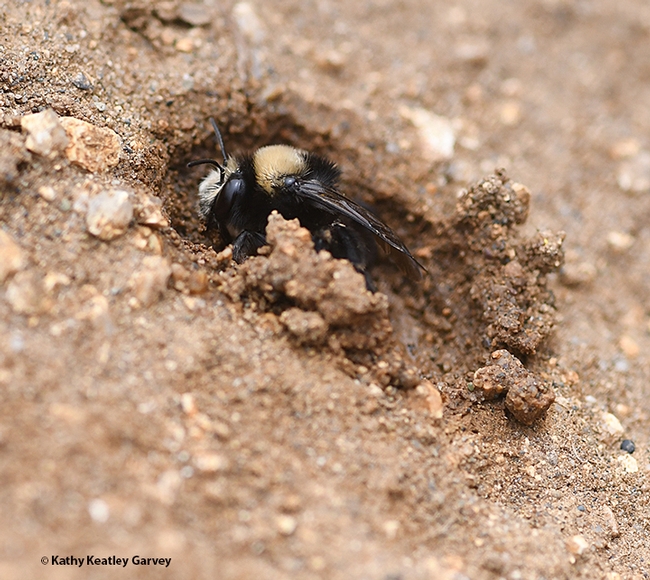 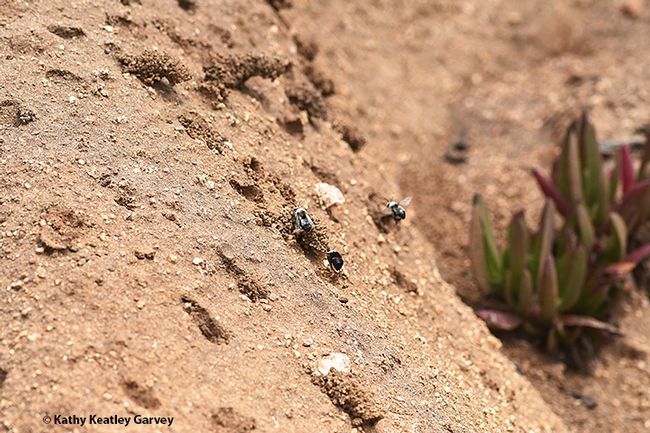 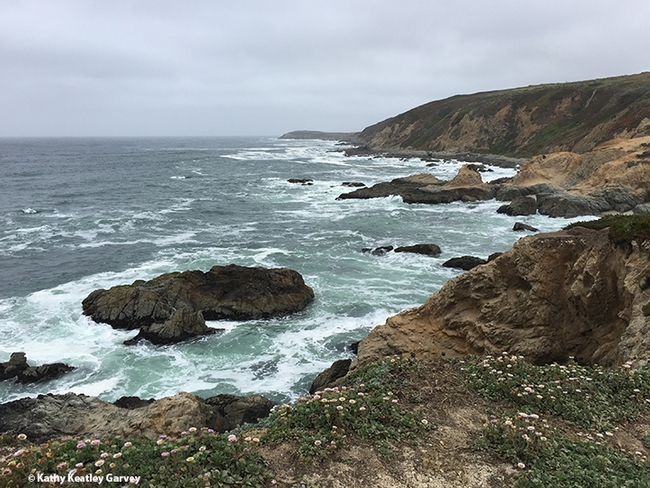 Digger bee inside a nest. (Photo by Kathy Keatley Garvey)
Those who hike the trails of Bodega Head, a small promontory in Sonoma County overlooking the Pacific Ocean, enjoy the colorful wildflowers, the roaring ocean, and a sheltered sandy beach. They picnic. They play. They pose for photos.

But there's one thing they don't do. They don't check out the sand dunes, home of the bee villages.

Tiny holes are everywhere, yet nobody seems to notice.

They're the work of digger bees, aka faux bumble bees. These are Anthophora bomboides stanfordiana, researched by native pollinator specialist Robbin Thorp, emeritus professor of entomology at UC Davis.

"The (female) bees suck up water nearby and then regurgitate on the (faces of the) sandstone cliffs to moisten and excavate soil for the tunnels, construct their turrets, and finally to seal the nest tunnel," Thorp says.  The bees use some of the soil from the base of the turret to plug the entrance.

The bee turrets are somewhat like our gated communities! Keep out!

The digger bees have "grocery stores" all around them. You'll see the males and females foraging on the wildflowers, which include yellow and blue lupine, California golden poppies, wild radish, mustard, dandelions, and seaside daises.

If you crouch next to the bee villages, a nearby hiker is likely to ask "Lose something?"

No, we found something! 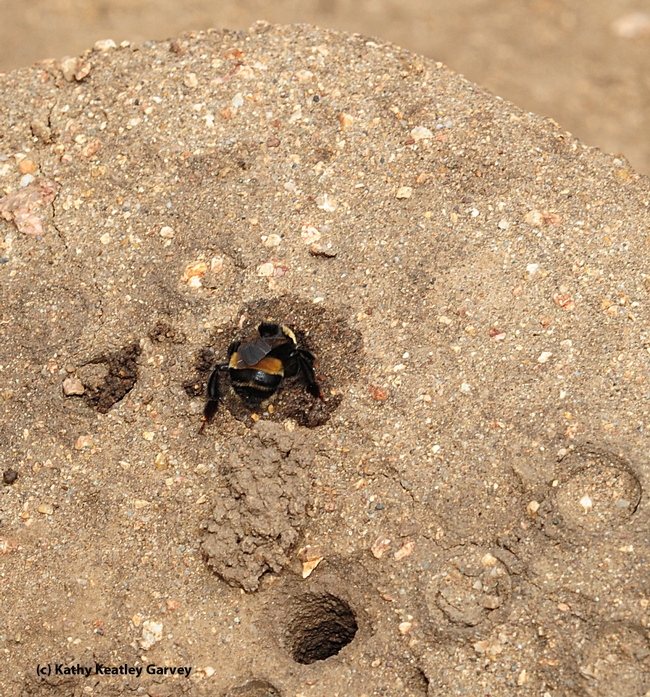 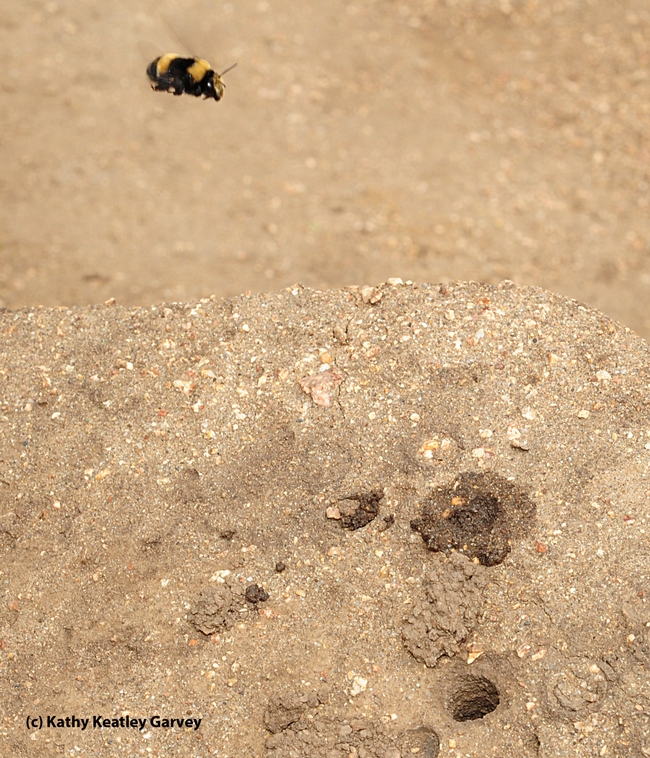 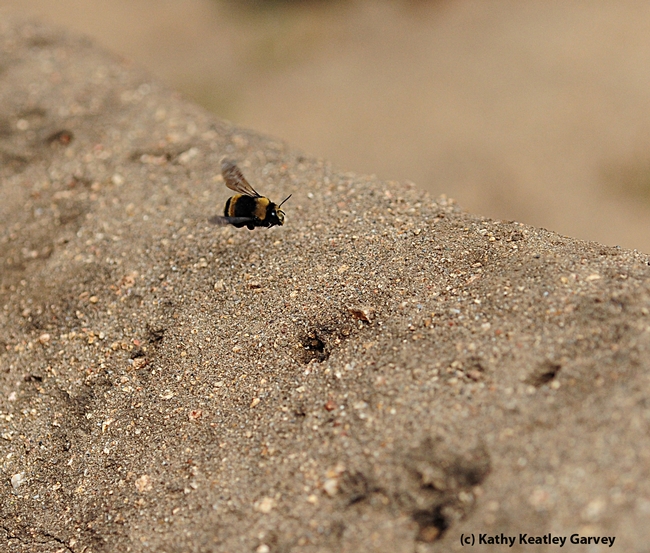 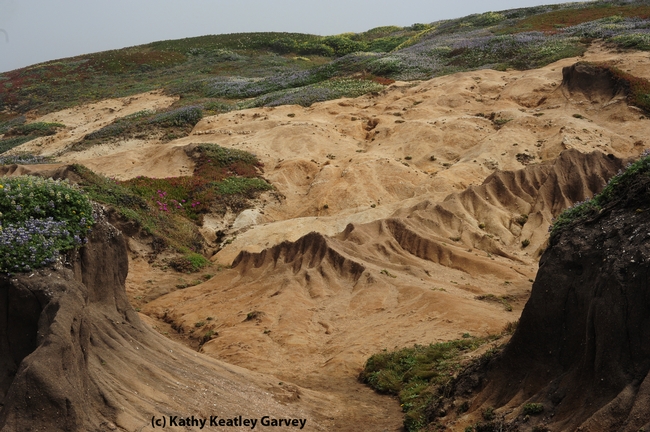 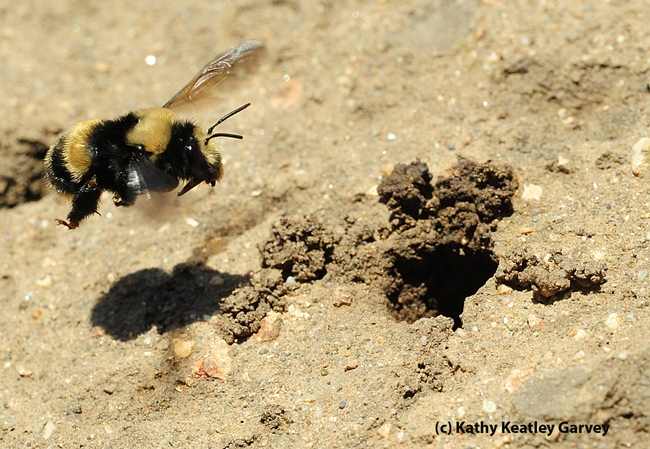 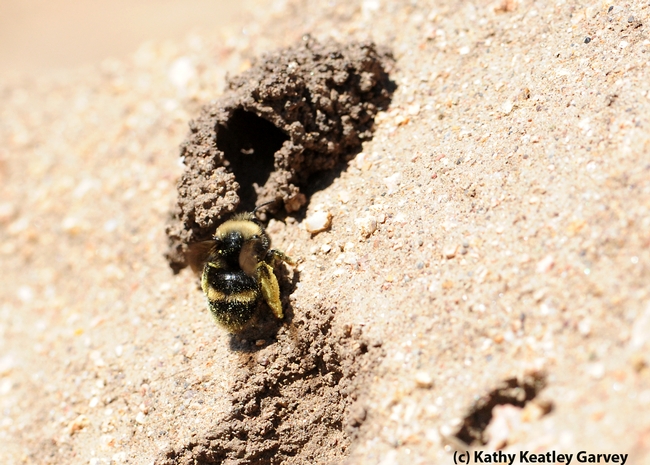 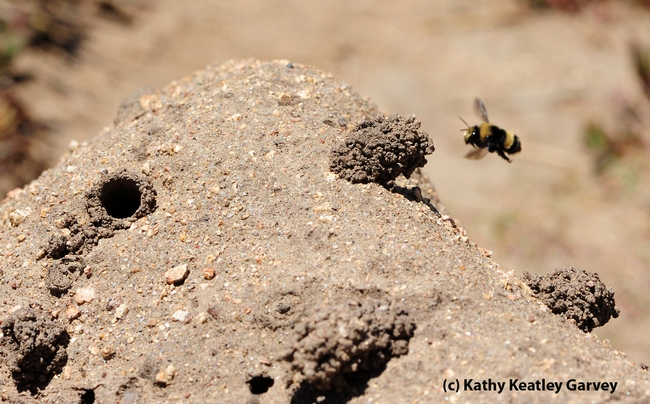 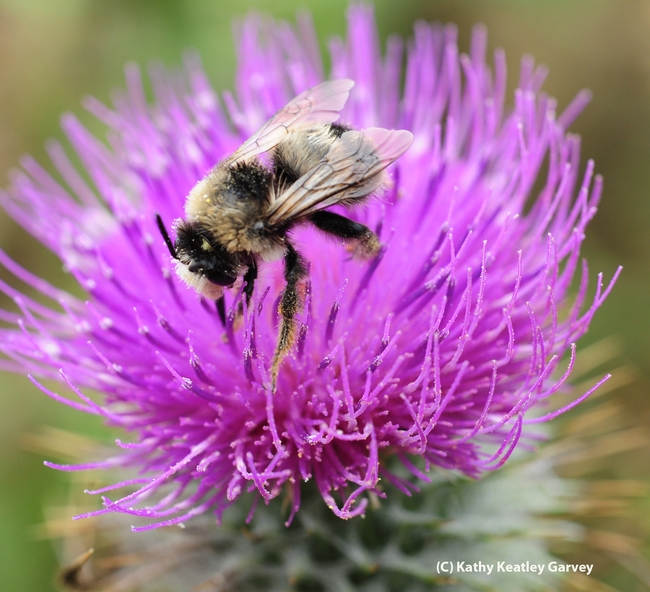 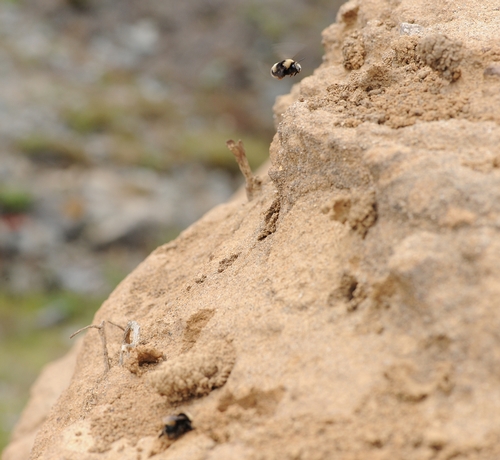 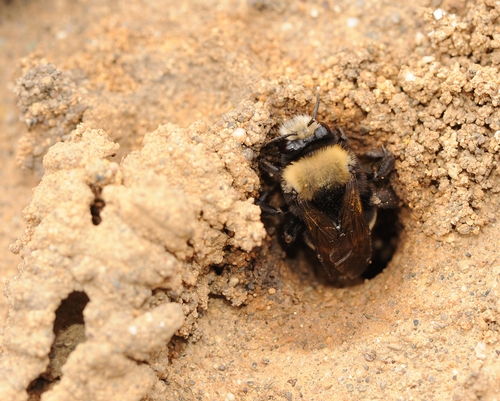 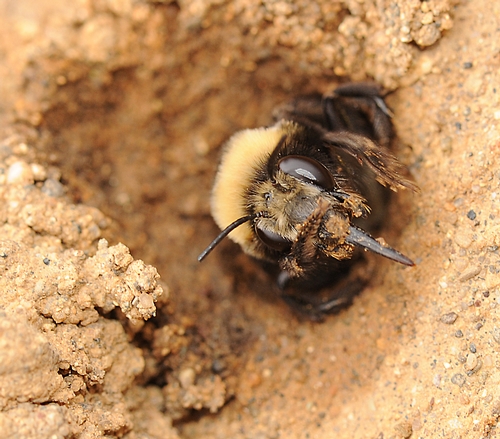