Jessica Gillung and her major professor, Lynn Kimsey, share a laugh prior to Gillung's exit seminar. (Photo by Kathy Keatley Garvey)
Her new nickname is “Jessicles.”

That's because Jessica Gillung, who received her doctorate in entomology last Friday at the University of California, Davis, is heading for snowy Ithaca, New York, where she has accepted a postdoctoral position with professor Bryan Danforth at Cornell University.

In the Cornell lab,  "Dr. Jessica" or "Dr. Jessicles" will be researching Apoidea (stinging wasps and bees) phylogenomics, evolution and diversification.

Last Friday afternoon, Gillung delivered her exit seminar on “Phylogenetic Relationships of Spider Flies (Acroceridae) – Discordance, Uncertainty and the Perils of Phylogenomics” to a packed crowd in 122 Briggs Hall.

Acrocerid adults are floral visitors, and some are specialized pollinators, while the larvae are internal parasitoids of spiders.

At the exit seminar, she professed “I love parasitoids.” She comically described Accoceridae species as varied; some look like “boomerangs,” some are “fuzzy” and some are "metallic." Jessica Gillung's farewell card. (Photo by Kathy Keatley Garvey)
“God went overboard” when he was making Accoceridae, she quipped. (Wikipedia describes them as "a small family of odd-looking flies. They have a hump-backed appearance with a strikingly small head, generally with a long proboscis for accessing nectar. They are rare and not widely known. The most frequently applied common names are small-headed flies or hunch-back flies. Many are bee or wasp mimics. Because they are parasitoids of spiders, they also are sometimes known as spider flies.”

The entomologist said she looks forward to researching Hymenoptera (including “vegan hunting wasps”).

It was a whirlwind day for Jessica Gillung. First the exit seminar at 2 p.m., followed by the awarding of her doctorate, and then a party at the Bohart Museum of Entomology, where she and her colleagues dined on pie, cake and ice cream; toasted her with champagne, and lavished her with gifts. She and Amir Ghoddoucy (they met at the California Department of Food and Agriculture office in Sacramento), are traveling--by car--to Ithaca.

She doesn't know where she'll be at Christmas. “On the road somewhere,” she said, smiling.

Highly honored for her research and leadership, Gillung recently won the prize for best student presentation at the recent 9th International Congress of Dipterology in Windhoek, Namibia, and won the prestigious 2018 Student Leadership Award, presented by the Pacific Branch, Entomological Society of America (PBESA), which represents 11 states, seven U.S. territories, and parts of Canada and Mexico.

At the Bohart party, she briefly conversed in Portuguese, accepting warm congratulations from a longtime friend.

None of the non-speaking Portuguese guests surrounding them knew if she answered to “Dr. Jessicles..." 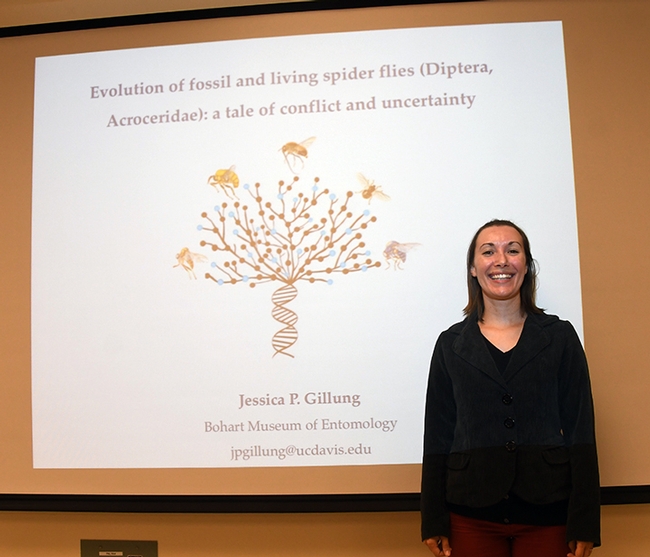 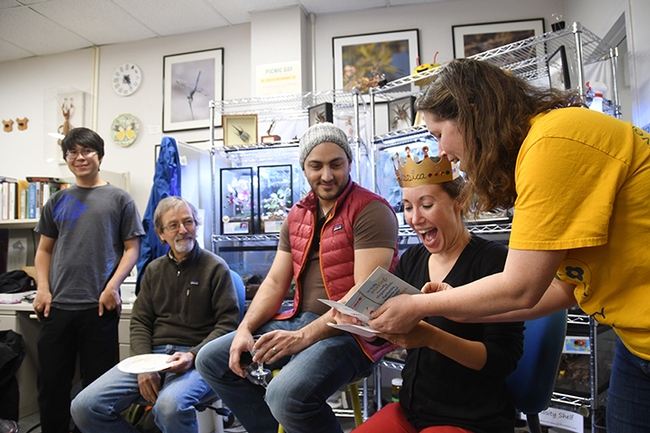 At the going-away party: From left are Andrew Young of the Phil Ward lab; Phil Ward, professor of entomology at UC Davis; Amir Ghoddoucy, formerly with the California Department of Food and Agriculture; Jessica Gillung (opening her card), and Tabatha Yang, education and outreach coordinator at the Bohart Museum of Entomology. (Photo by Kathy Keatley Garvey) 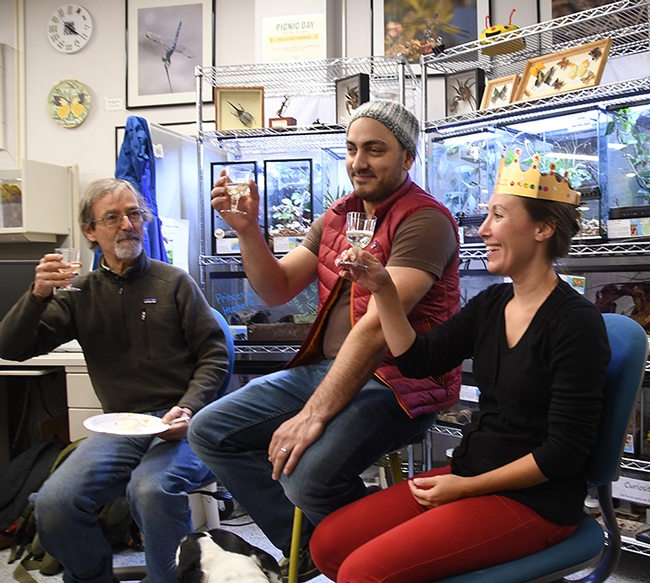 A toast! From left are Phil Ward, UC Davis professor of entomology; Amir Ghoddoucy, formerly with the California Department of Food and Agriculture; and Jessica Gillung, new Ph.D. who is heading to Cornell for her postdoctorate fellowship. (Photo by Kathy Keatley Garvey) 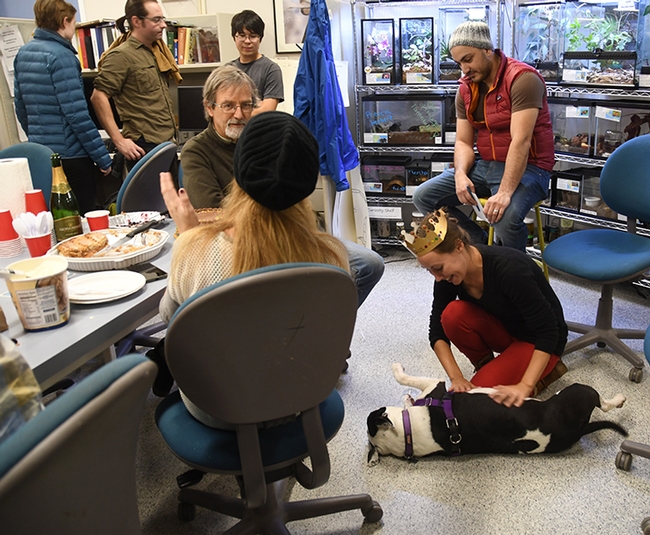