Oh, the questions that Lynn Kimsey, director of the Bohart Museum of Entomology, fielded at the Bohart's first-ever virtual symposium, held Friday morning, May 22.

For nearly an hour (11 to 11:45), Kimsey answered questions about the Asian giant hornet (aka "the murder hornet," so labeled by the news media); earwigs, native bees, midges, cockroaches, butterflies, yellow jackets and mosquitoes, and others.

Kimsey, a UC Davis professor of entomology and a two-time president of the International Society of Hymenopterists, related how a single colony of Asian giant hornets (Vespa mandarinia) was detected and destroyed on Vancouver Island, British Columbia,  and a single hornet was found dead in Blaine, Wash. They are the first and only Asian giant hornets detected in North America. There is no invasion.

In Asia, "people live with them and they don't find them particularly troubling" any more than we do our yellow jackets, she said.

"In Asia, people eat these things, which shows you how terrified they are of them," quipped Kimsey, mentioning that her  former graduate student, Matan Shelomi, now an assistant professor of entomology at the National Taiwan University in Taipei, Taiwan, has dined on the cooked larval and pupae dishes at Taiwanese restaurants.

The UC Davis professor said that the Japanese honey bees are larger than our European bees and form a ball to "cook" an Asian hornet. "They (honey bees) pick up the smell (of a hornet targeting their colony), cover it, and shiver their flight muscles to generate heat. They can raise it (the temperature) to well over 100 degrees Fahrenheit, which cooks the hornet."

Kimsey showed hornet and bee specimens from the Bohart collection. The hornet is about an inch and a half long, and "rarely gets up to 2 inches," despite what the media is saying, she said. "An inch and a half is still a big animal."

Unlike the honey bee workers, a hornet can sting multiple times. "Because it's such a large animal, it has more venom (than a honey bee)," she said, quipping "You could think about how nice they taste."

Kimsey said she's been stung by hornets and honey bees, and the sting of a honey bee hurts much more.

When she finished her presentation on "murder hornets," UC Davis spider specialist Jason Bond jokingly asked: “is there such a thing as a murder spider?” (A future Bohart Museum virtual house is scheduled to cover spiders. Bond, a noted spider authority and the Evert and Marion Schlinger Endowed Chair in Insect Systematics, UC Davis Department of Entomology and Nematology, recently discovered a new genus of spiders in Monterey County and is seeking public input on the species name. Suggestions are to be emailed to him at jbond@ucdavis.edu by 5 p.m, June 1. See more here.)

Someone also asked Kimsey: "Are there murder mosquitoes?"

Other highlights of the virtual open house:

The Bohart Museum, located in Room 1124 of the Academic Surge Building, UC Davis campus, is the home of some 8 million insect specimens. It also includes a live "petting zoo" (including Madagascar hissing cockroaches, walking sticks and tarantulas) and a gift shop. In keeping with the mandated coronavirus pandemic precautions, the Bohart is closed until further notice. 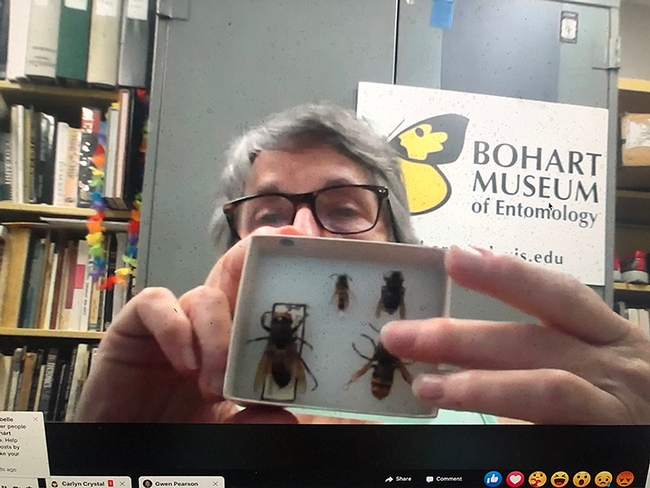 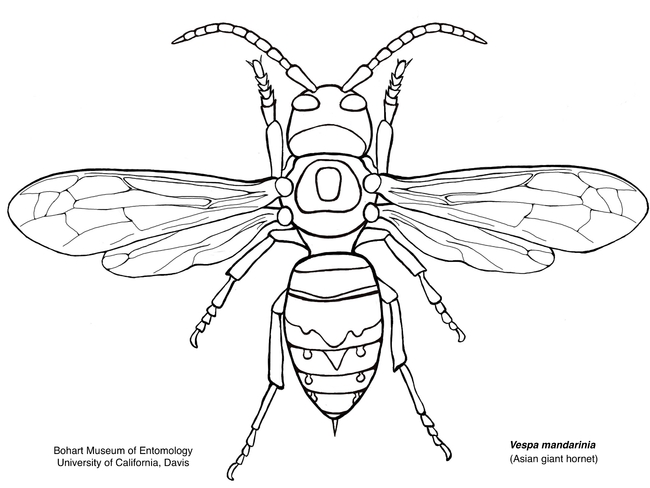 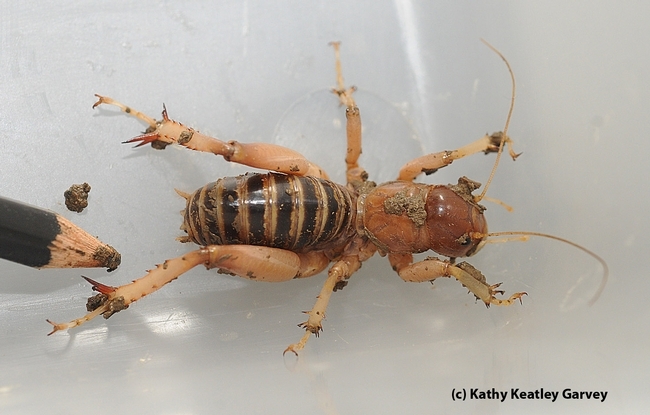