There's nothing like seeing an admiral at a marina.

That would be the Red Admiral butterfly, Vanessa atalanta, at the Berkeley marina.

"Both breed on the weed Parietaria judaica (Pellitory) there."

But it's the other butterflies that Shapiro is concerned about. "At this time of the year, one used to see Great Coppers (Lycaena xanthoides) up the yin-yang on the 'waste ground' across the marina parking lot, between it and the freeway. Since they made it part of Eastshore Park, it seems to be gone. Typical!"

Other "marina fauna" from back when, he says, included Anise Swallowtails and Large Marbles. "The latter seems to be gone too; it's extinct regionally but there is one population I know of near Concord."

A renowned lepidopterist, Shapiro monitors the butterfly population in Central California and posts information on his website, Art's Butterfly World.

He's the author of the book, Field Guide to Butterflies of the San Francisco Bay and Sacramento Valley Regions, illustrated by Tim Manolis. "The California Tortoiseshell, West Coast Lady, Red Admiral, and Golden Oak Hairstreak are just a few of the many butterfly species found in the floristically rich San Francisco Bay and Sacramento Valley regions," Shapiro writes. He covers and identifies more than 130 species in the book. 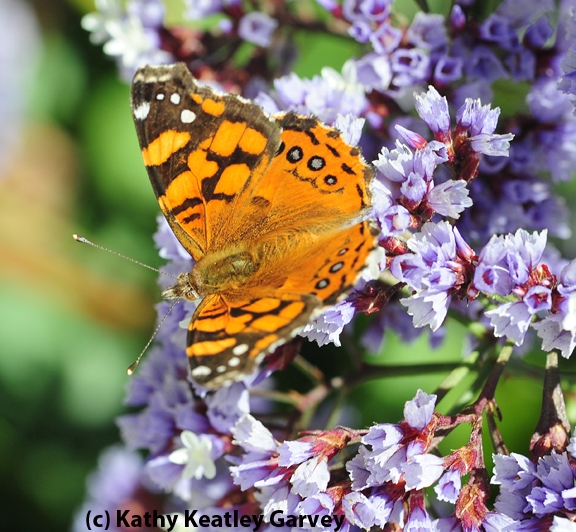 A West Coast Lady at the Berkeley Marina. (Photo by Kathy Keatley Garvey) 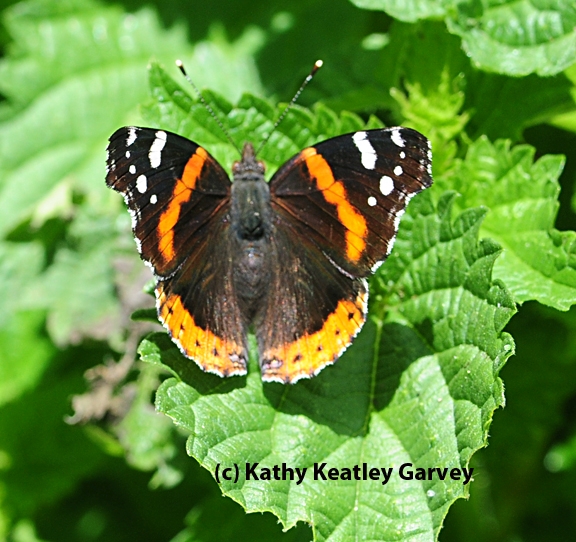 But there it was, a bit of beauty in the otherwise-drab marina parking lot.  So, I did what all insect lovers do--I photographed it. (See photo below)

, professor of evolution and ecology at UC Davis--and as brilliant as the butterflies he studies--knew exactly what it was. After all, he published his first paper on butterflies in 1962 at age 16.

So what about my little ol’ Anise Swallowtail?

When you were in school, you may have reared it in your classroom. It’s easy to rear, Shapiro said, but don’t provoke it. The caterpillar has “an eversible scent gland (the osmeterium) behind the head. It's yellow or orange and shaped like the letter 'Y' and if the beast is provoked, it releases a mist of butyric acid--rancid butter smell--which will hang in the air many minutes.”

This little ol’ butterfly is also a famous “hilltopper,” Shapiro said. “In rugged topography, males and virgin females assemble on rocky unforested hilltops to mate--it's a butterfly 'singles bar.' The females do not return once mated, but the males come back day after day looking for action."

If you want to know more about butterflies, then Art Shapiro’s “Field Guide” is a must-have for your collection.

And if you find an Anise Swallowtail in the marina parking lot, it’s mine. 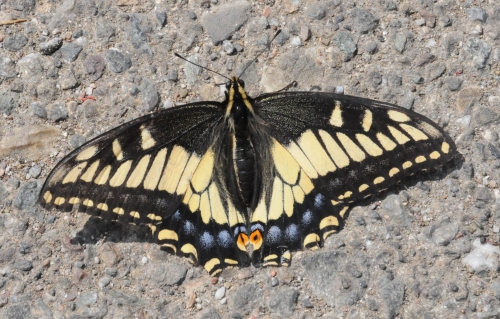 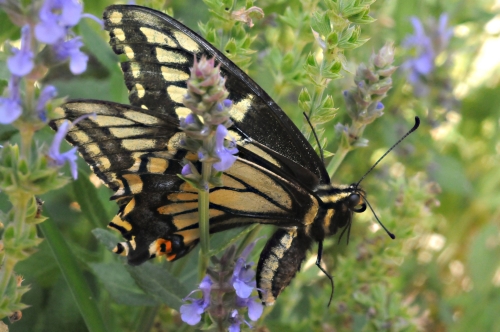 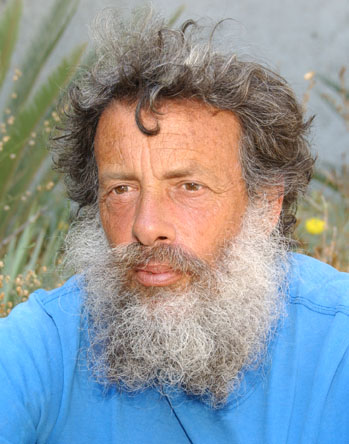