I call him the Mountain Boy.

It's the smallest of California's carpenter bees and is often called the foothill or mountain carpenter bee.The females are black with light smoky-colored wings.  The male has bright yellow marks on the lower part of its face and some yellow hairs on the top front of its thorax.

In addition to the mountain carpenter bee, California's species are:

Look around. You may find a "mountain boy" or a "mountain girl" foraging in your yard or local park. 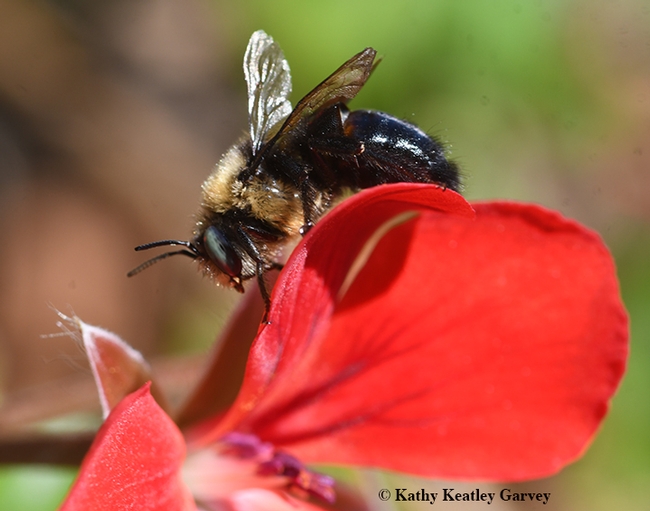 A male carpenter bee, Xylocopa tabaniformis orpifex, on a geranium in Vacaville, Calif., on Feb. 27, 2020. (Photo by Kathy Keatley Garvey) 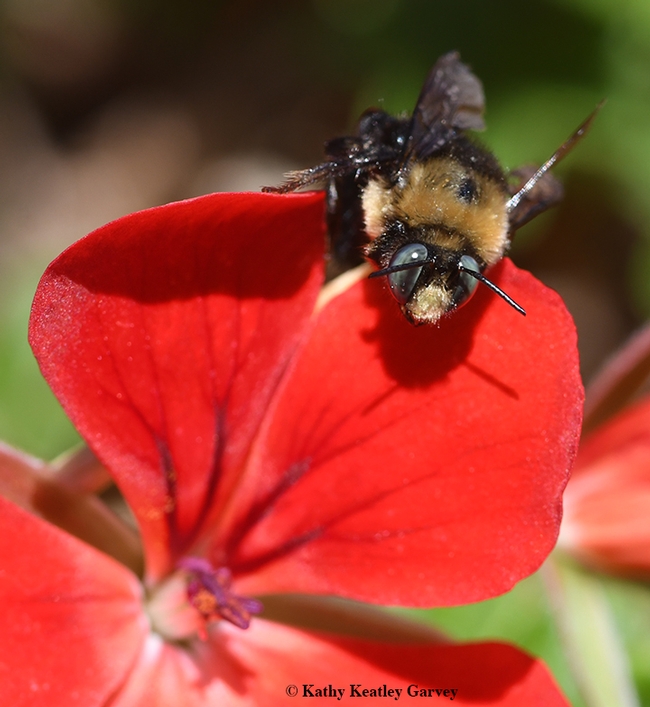 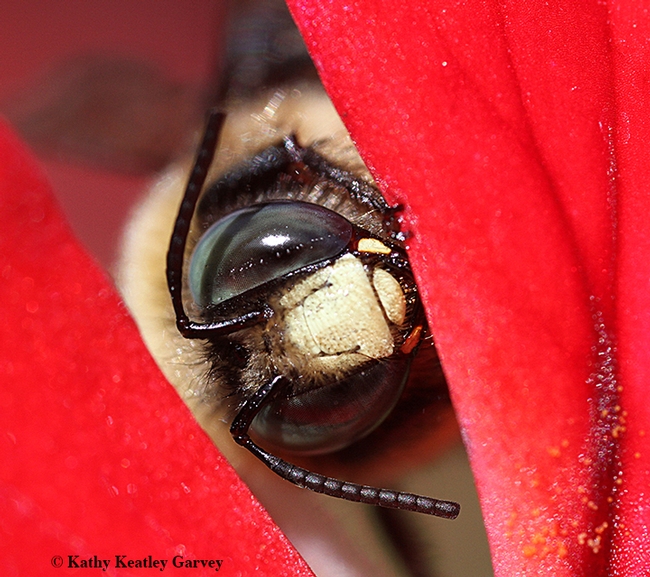