Honey bees can't get enough of the New Zealand tea tree, which, as its name implies, is a native of New Zealand.

Our favorite New Zealand tea tree is Leptospermum scoparium keatleyi. It's the tallest and rangiest variety of the Leptospermum scopariums--that's one of the reasons we like it. The other reason, the main reason, is that it bears our family name. New Zealand sea skipper/horticulturist Capt. Edward John "Ted" Keatley (1875-1962) discovered it and named the variety "keatleyi."

According to the Maritime Museum in Wellington, New Zealand, Capt.  Keatley once commanded 28 of the Northern Steam Ship Company's vessels. He also was considered an authority on the flora of the Auckland province.

We prize the blossoms for their sheer beauty and the prevalence of bees. 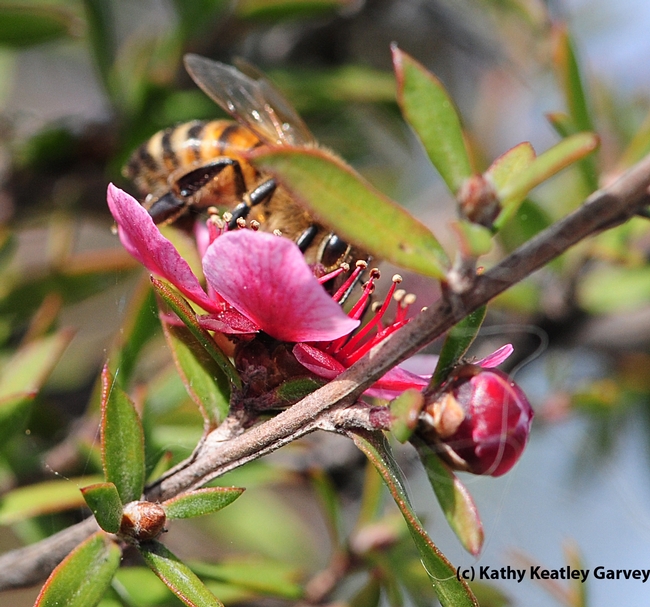 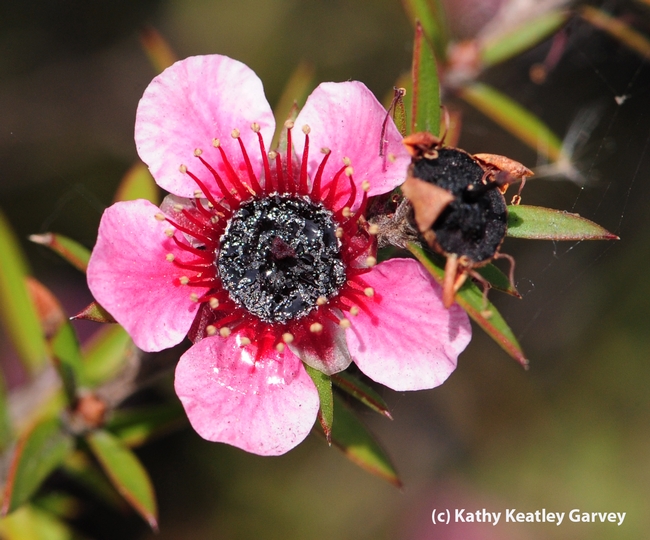