Robert Dowell
They'll be zeroing in on pests at the next meeting of the Northern California Entomology Society.

Scientists from the Essig Museum of Entomology, UC Berkeley, and the California Department of Food and Agriculture (CDFA), Sacramento, will speak at the meeting on Wednesday, Feb. 6 in the CDFA Plant Diagnostic Lab, 3288 Meadowview Road, Sacramento.

The group, comprised of university faculty, researchers, pest abatement professionals, students and other interested persons, will meet from 9:15 a.m. to 3 p.m.

Newly elected president Robert Dowell, a CDFA staff environmental scientist, said the date is a change from the regular schedule; the group usually meets in February on the first Thursday.

The event begins at 9:15 a.m. with registration and coffee.

Reservations for the luncheon can be made with treasurer Eric Mussen, Extension apiculturist, UC Davis Department of Entomology, at ecmussen@ucdavis.edu or (530) 752-0472. He requests reservations by Jan. 31.

Membership is open to the public; dues are $10 year. Those interested in joining may contact Mussen. They'd love to have new members!

Dowell, the newly elected president, worked as a research scientist at the University of Florida's Agricultural Research and Education Center, Davie, Fla. from 1977 to 1980 before joining the CDFA in December 1980.

Dowell, who grew up in Stockton, obtained his bachelor's degree in biology from UC Irvine; his master’s degree in insect ecology from California State University, Hayward (now CSU East Bay) and his doctorate in entomology from The Ohio State University. He is a fellow of the California Academy of Sciences. His professional experience also includes editor of the Pac-Pacific Entomologist.

Dowell succeeds Robert “Bob” Case of Concord, retired deputy agricultural commissioner from the Contra Costa County Department of Agriculture, as the Nor Cal Entomology Society president. UC Davis mosquito researcher Debbie Dritz is a recent past president of the society. 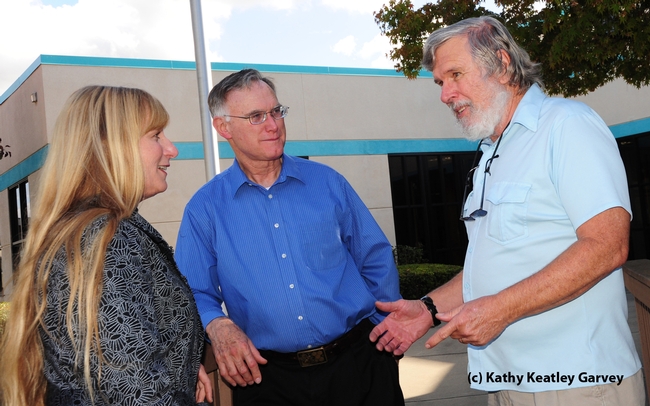