This photo of a flameskimmer dragonfly, the work of Rachel Dalmas of Fairfield, won best of division. (Photo by Kathy Keatley Garvey)
It's good to see county and state fairs focusing on bugs 'n bees.

These displays inform, educate and entertain.

For the last several years, the Dixon May Fair's Floriculture Building has housed Bohart specimens and a Laidlaw bee observation hive.

The 63rd annual Solano County Fair, Vallejo, now under way, is also bee-and-bug friendly. If you head over to McCormack Hall, the first thing you see is a skep or dome-shaped bee hive. (Beekeepers in many parts of the world still use skeps, commonly made of twisted straw.)

The McCormack Hall skep symbolizes "Home, Sweet Home," the theme of the fair.

The fair, which opened Wednesday, Aug. 1 and continues through Sunday, Aug. 5, also includes a number of insect-themed work from exhibitors. This is sort of like BYOB (Bring Your Own Bug.)

Rachel Dalmas, 15, of Fairfield is exhibiting a close-up image (and a best-of-division winner) of a flameskimmer dragonfly. Desirae Rivas, 8, of the Travis Youth Center, painted a ladybug and titled it quite succinctly: "Lady Bug Painting." It won a blue ribbon.

Is there a (future) entomologist in the house? 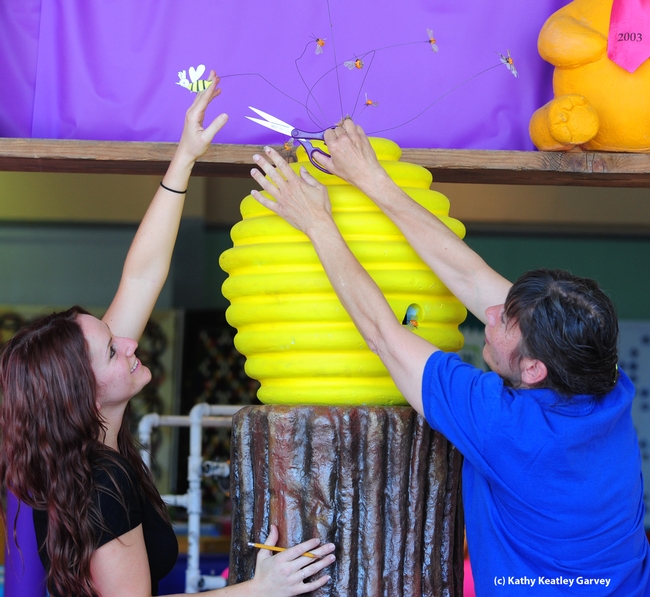 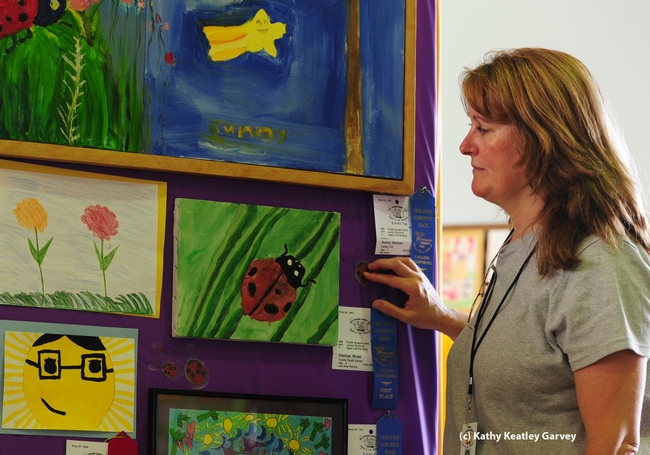 If you meander through McCormack Hall at the Solano County Fair, Vallejo, you'll see plenty of insects. The Bohart Museum of Entomology at UC Davis is staffing a table of "Meet Your Local Pollinators," including butterflies, bees and bee mimics. Tabatha Yang, education and outreach coordinator at the Bohart Museum (home of seven million insect specimens) also brought along honey bee photos, posters and other information from the Harry H. Laidlaw Jr. Honey Bee Research Facility, UC Department of Entomology.

But be sure to look on the walls where young photographers and graphic artists are displaying their blue-ribbon work. You'll see honey bees, dragonflies, butterflies and other insects. Future entomologists, perhaps?

A three-year-old named Nicholas Razo of Dixon created a colorful paper butterfly, the kind that UC Davis butterfly expert Art Shapiro probably would like to see in real life. Young Nicholas may give Professor Shapiro some competition in a few years.

The fair, which opened today (Aug. 3) and continues through Aug. 7, is themed "There's No Place Like Home."

There's no place like home for us--and the insects who populate the earth. 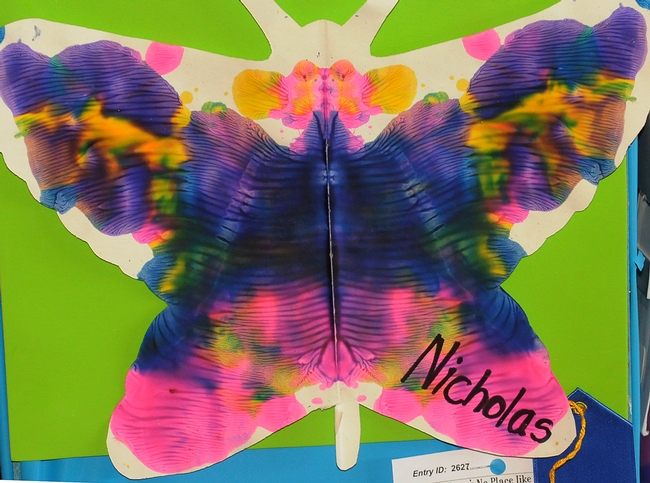 This colorful butterfly is the work of 3-year-old Nicholas Razo of Dixon. (Photo by Kathy Keatley Garvey) 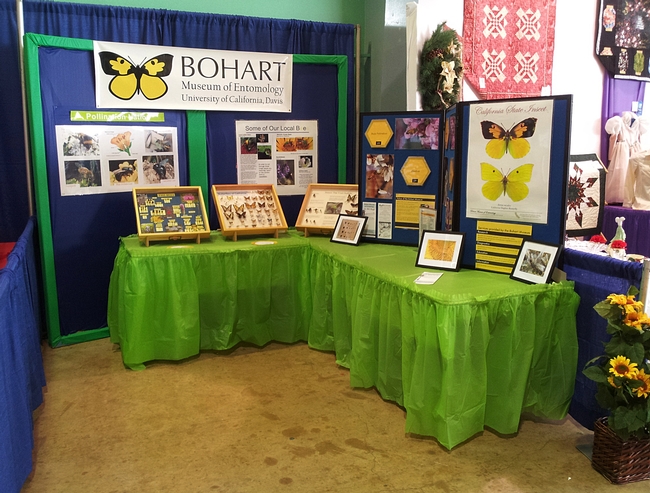