Honey bee guru Eric Mussen, Extension apiculturist and a member of the UC Davis Department of Entomology faculty, is quoted in a Dec. 6 article in the Epoch Times about colony collapse disorder (CCD).

CCD is the mysterious phenomenon characterized by adult bees abandoning the hive, leaving behind the queen bee, brood, and food stores.

The gist of the Epoch Times article: The European Commission recently published its concerns about honey bee health.

In a communiqué, the commission sought to clarify the key issues related to bee health and key actions that it intends to take to address them.

"Beekeeping is a widely-developed activity in the European Union (EU), both at professional (keepers with over 150 hives) and hobby level," the communiqué began. "There are around 700,000 beekeepers in the EU out of which around 97% are non-professional accounting for around 67% of EU hives. Honey production is estimated to be close to 200,000 tons. Beekeeping is also associated with the production of other products such as wax, royal jelly, propolis, etc."

Epoch Times reporter Marco 't Hoen subsequently sought out Mussen for information on CCD and honey bee health in the United States. Mussen told him that CCD is a worldwide problem.

Twenty-five percent of beekeepers in the United States have recurring problems with CCD, Mussen said. The colonies range in size from one to 15,000.

Wrote the reporter: "He (Mussen) believes that in the U.S., CCD is caused by an infectious disease, which they have not yet identified. His reasoning is based on the fact that when bees are introduced to replace the dead one, they die as well. But when the hive is cleaned properly the new bees can survive."

The Epoch Times article quoted USDA statistics indicating that bee pollination of crops "is worth $15 billion per year" in the United States. For example, "the almond industry in California alone used about half of the 2.3 million colonies in the country in 2009 for pollination."  In the European Union, about 700,000 beekeepers maintain almost 14 million colonies, according to the EC communiqué.

As an aside, U.S. beekeepers are now gearing up for the California almond season, which usually starts around Feb. 1. The state has more than 700,000 acres of almonds and each acre requires two hives for pollination. Since California doesn't have that many bees, bees are trucked here from all over the country.

It's a gold rush of sorts in the Golden State. 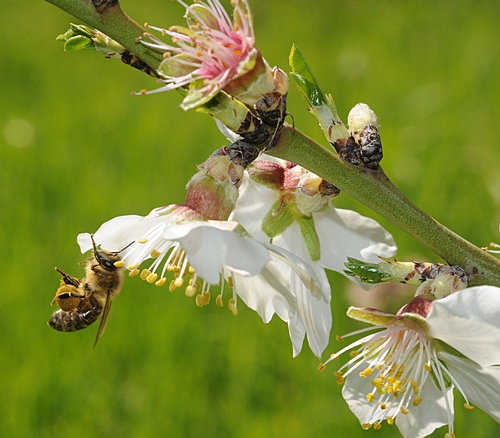 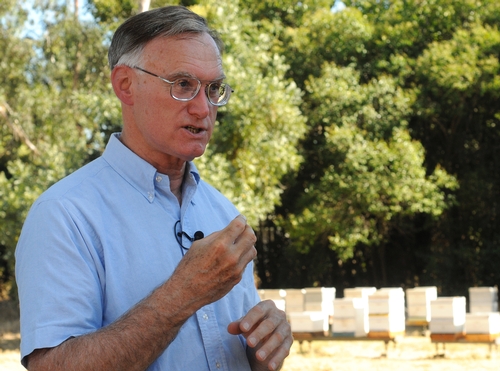