Page, who received his doctorate in entomology from UC Davis in 1980 and then became a noted geneticist at the Harry H. Laidlaw Jr. Honey Bee Research Facility, UC Davis, has just been elected to the oldest scientific academy of science, the Germany Academy of Sciences Leopoldina, which dates back to 1652.

Overall, some of the most brilliant and innovative minds in physics, chemistry, biology, philosophy and mathematics.

“Alexander von Humboldt and Charles Darwin are my heroes,” said Page. “I am truly honored to belong to an academy that lists them as former members.”

Page is known for his pioneering research in the behavioral genetics of honey. His expertise includes Africanized bees, genetics and evolution of social organization, sex determination and division of labor in insect societies. His work has graced the covers of such respected journals as Naturwissenschaften, Nature, Genome Research, Cell and BioEssays.

Page, former chair of the UC Davis Department of Entomology,  "officially" retired from UC Davis in 2004, but he didn't stay retired. Arizona State University recruited him that same year to organize three departments (biology, microbiology and botany) into ASU’s

Page is a legend around UC Davis.

“Rob Page is one of the most gifted scientists, administrators, and teachers I have had the privilege to know in 30 years in academia,” said James Carey, UC Davis professor of entomology and program director of the Biodemographic Determinants of Life Span project, who collaborates with Page. “Those of us who have worked with him congratulate him and are proud to call him our colleague and friend.”

UC Davis chemical ecologist Walter Leal, professor and former chair of the Department of Entomology, described Page as “one-of-a-kind: a premier scholar and an exemplary administrator.”

Rob Page's specialized stock of honey bees is legendary, too. It's back at UC Davis.

We first saw these special honey bees when bee breeder-geneticist Michael "Kim" Fondrk, who manages the Page stock,  trucked the bees to Dixon to pollinate an almond orchard. The San Francisco Chronicle covered the story.  Fondrk opened a hive to point out the queen bee, the worker bees and the drones. 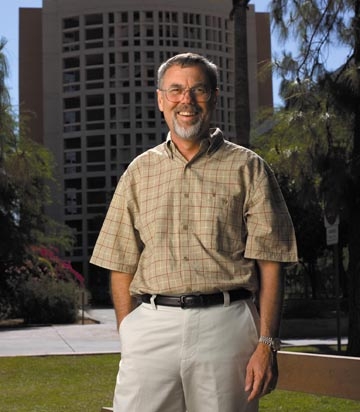 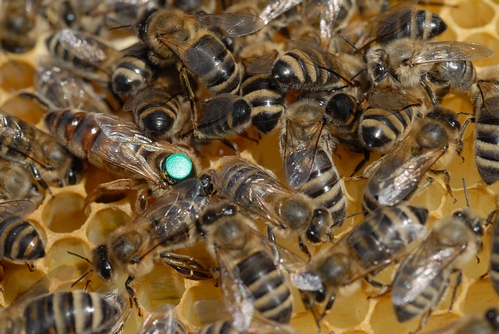 Specialized Bees
ROB PAGE'S specialized stock of honey bees. The stock is based at the University of California, Davis. (Photo by Kathy Keatley Garvey) 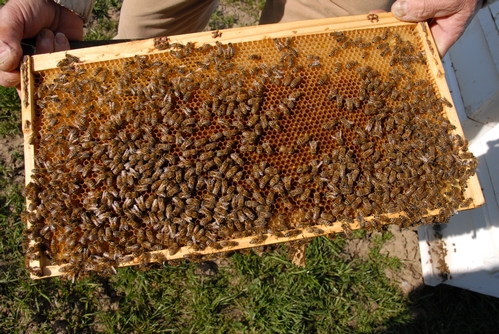