So here's this lady beetle patrolling a rosebud. It's early spring--April 15--in Vacaville, Calif.--and our little subject is  looking for some tasty aphids. Or perhaps a mate.

Oh, a visitor is on my rosebud, heading right toward me. Identify yourself, please!

It's a wasp, a male parasitic wasp from the family Ichneumonidae (as identified by Robbin Thorp, distinguished emeritus professor of entomology at UC Davis).

The Ichneumon wasp is probably looking for a girlfriend. The lady beetle does not meet its expectations.

The wasp hurriedly flies off.  Its mate, when it finds one, will lay her eggs in caterpillars, including such pests as armyworms, cabbage loopers, tomato fruitworm and tussock moths, much to the delight and appreciation of agriculturists. The eggs hatch into larvae, which develop inside the host, killing it. Adult wasps emerge and the cycle continues.

The wasp family is aptly named. "Ichneumon" comes from the Greek word meaning "tracker," a reference to its search for a host. Where's a caterpillar when you need one?

Charles Darwin seemed a bit troubled by this, describing these parasitic wasps as "feeding within the living bodies of caterpillars." The caterpillar shrivels up and dies.

Says BugGuide.net: "They vary greatly in size and color; many are uniformly colored, from yellowish to black and others are brightly patterned with black and brown or black and yellow; many have middle segments of antennae yellowish or whitish. The majority resemble slender wasps but differ from the stinging wasps (Scolioidea, Vespoidea and Sphecoidea) in having longer antennae with more segments (usually at least 16). Many have long ovipositors, often longer than the body."

"Ichneumonids are notoriously hard to identify: aside from the sheer number of species, there are numerous cases of distant relatives that appear almost identical," BugGuide points out. "Any identification based solely on comparing images should be treated as suspect unless an expert has said there are no lookalikes for the species or group in question." 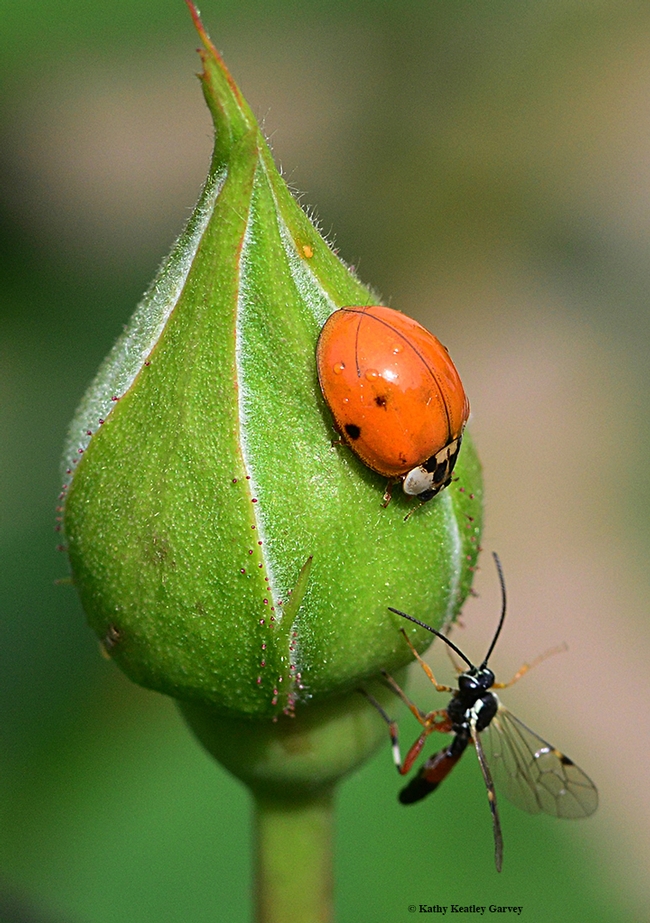 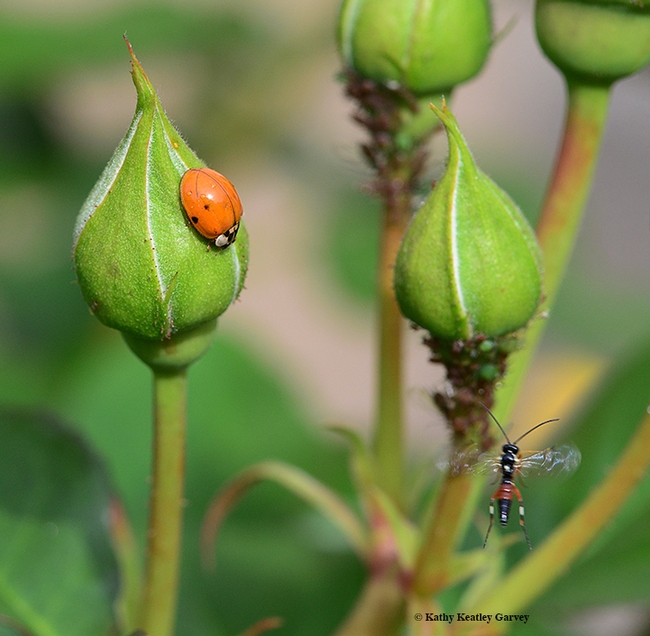