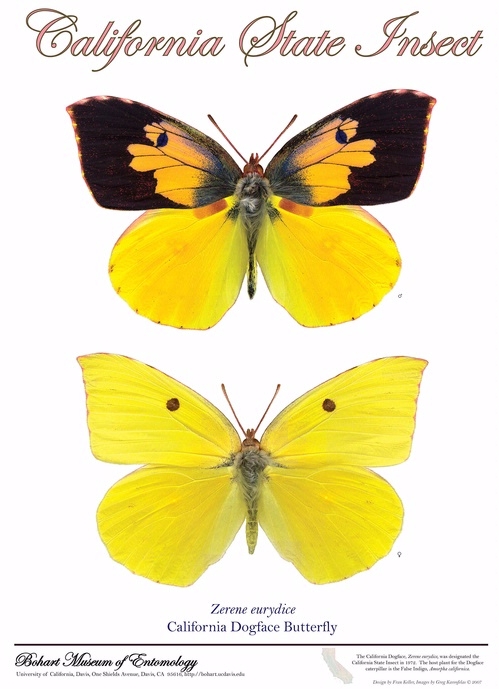 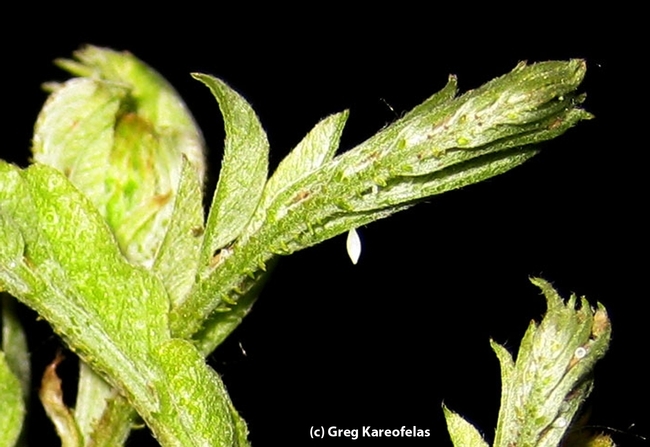 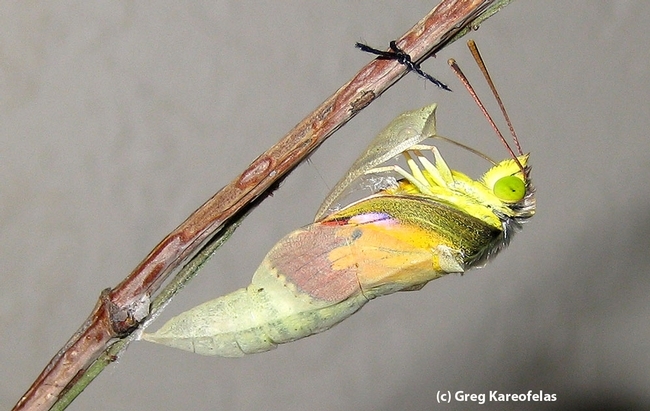 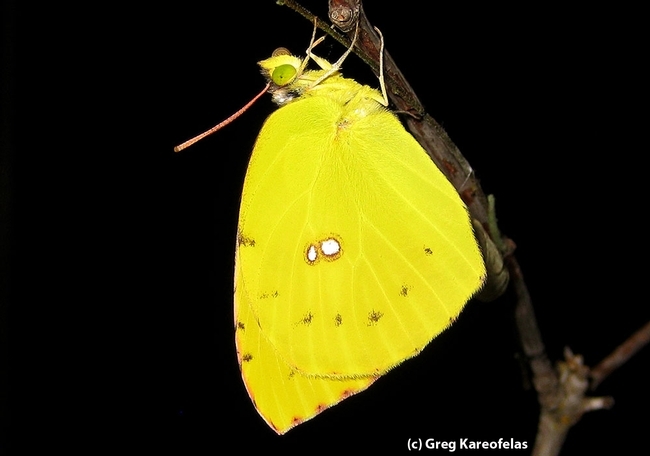 Entomologist Fran Keller, a Bohart Museum associate, with a children's book she wrote. It's illustrated by Greg Kareofelas and Laine Bauer. (Photo by Kathy Keatley Garvey)
"Keep Calm and Insect On."

That's the theme of the Bohart Museum of Entomology open house from 1 to 4 p.m. on Saturday,  Dec. 5 in Room 1124 of the Academic Surge Building on Crocker Lane, University of California, Davis.

In addition to the many exciting activities planned that day--it's free and open to the public--you can visit the museum's gift shop and find something “buggy” for holiday season for you or your family and friends. The gift shop is also open during the museum's regular hours, from 9 to noon and 1 to 5 p.m., Mondays through Thursdays.

Want some stocking stuffers, such as see-through lollipops with tasty crickets inside? Check.

Want an insect net for the budding entomologist in your family? Check.

Here are some of the items available at the Bohart Museum:

All proceeds go for a good cause--funding the operation of the Bohart Museum. Directed by Lynn Kimsey, professor of entomology at UC Davis, it houses nearly eight million insect specimens from throughout the world. Another popular attraction is the live "petting" zoo where you can hold and photograph Madagascar hissing cockroaches, walking sticks and a rose-haired tarantula named "Peaches."

Keep calm and insect on! 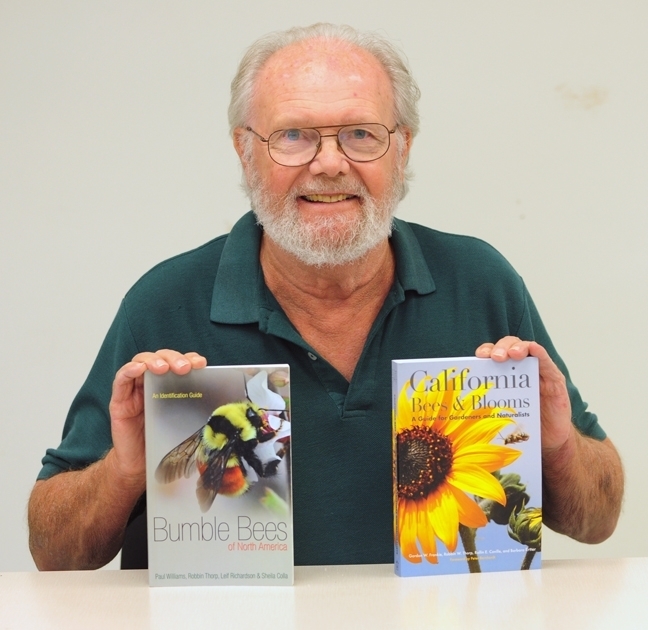 This is the poster created by Fran Keller and Greg Kareofelas that's available for sale at the Bohart Museum of Entomology.
Quick! What butterfly is depicted on the California State Fair monorail train?

Hint: It's the state insect.

"What, we have a state insect?" you ask.

Yes, and it's the California dogface butterfly (Zerene eurydice).

On the monorail, it's an artistic blue and white and it seems to flutter along for the ride. (See what the Monorail Society wrote about it in 1995.) In real life, the male of the species is yellow and black, and the female, predominantly yellow.

Fran Keller, doctoral candidate in entomology at the University of California, Davis, and her colleague, naturalist Greg Kareofelas of Davis, a volunteer at the Bohart Museum of Entomology identified the insect on the monorail right away. Several years ago they teamed to create a California dogface butterfly poster, which graces many a classroom, office, and den. The poster is for sale in the Bohart Museum's gift shop on Crocker Lane, UC Davis, or online.

Keller went on to write a children's book, "The Story of the Dogface Butterfly," with watercolor-and-ink illustrations by Laine Bauer, a 2012 graduate of UC Davis. Kareofelas contributed photographs.

Net proceeds from the sale of the 35-page book, also available at the Bohart Museum or online, benefit the insect museum's education, outreach and research programs.

The book tells the untold story of the California dogface butterfly,  and how schoolchildren became involved in convincing the State Legislature to select the colorful butterfly as the state insect.

Bauer’s illustrations depict the life cycle of this butterfly.  As part of their research, Keller, Karofelas and Bauer visited a Placer County habitat of the butterfly last year.

As for the book, “There are also ecology, life cycle, taxonomy and conservation issues presented that are relevant to grades K-6 that can be used in classroom curriculum,” Keller said.  In addition, the book includes information on the butterfly’s host plant, false indigo (Amorpha californica).

So, score one for the California State Fair. And score two for the Bohart Museum. 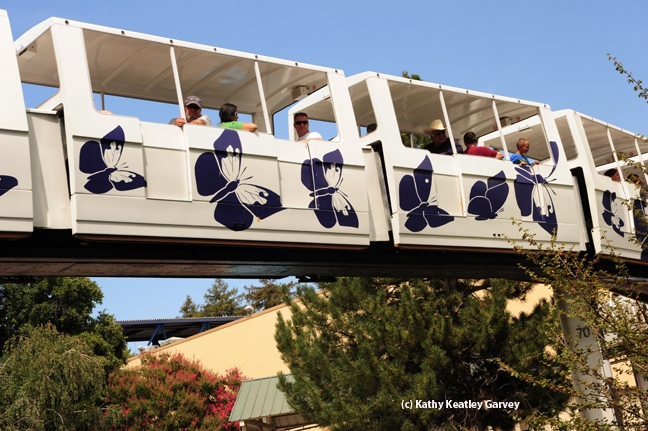 Now there's an opportunity for classrooms all across the nation--and butterfly fans--to learn about it in "The Story of the Dogface Butterfly," written by UC Davis doctoral candidate Fran Keller and illustrated (watercolor and ink) by Laine Bauer, a 2012 graduate of UC Davis.

Net proceeds from the sale of the 35-page book will benefit the education, outreach and research programs of the Bohart Museum of Entomology, UC Davis.

The book tells the untold story of the California dogface butterfly, Keller said, and how schoolchildren became involved in convincing the State Legislature to select the colorful butterfly as the state insect.

Bauer’s illustrations depict the life cycle of this butterfly.  Naturalist Greg Kareofelas of Davis, a Bohart volunteer, contributed photos. As part of their research, the trio visited a Placer County habitat of the butterfly last year.

As for the book, “There are also ecology, life cycle, taxonomy and conservation issues presented that are relevant to grades K-6 that can be used in classroom curriculum,” Keller said.  In addition, the book includes information on the butterfly’s host plant, false indigo (Amorpha californica).

“A glossary in the back highlights key terms,” Keller said. “And there is a set of photographs of the California dogface and another yellow butterfly to help you determine if you have ever really seen the California state insect.”

Some people confuse it with it the alfalfa butterfly.

You can meet the writer and illustrator at the Bohart Museum's open house on Saturday, Feb. 2 from 1 to 4 p.m. The museum is located at 1124 Academic Surge on Crocker Lane, UC Davis campus.

The book can also be ordered online from the Bohart website.

The museum's gift shop also has t-shirts and posters depicting the state insect. 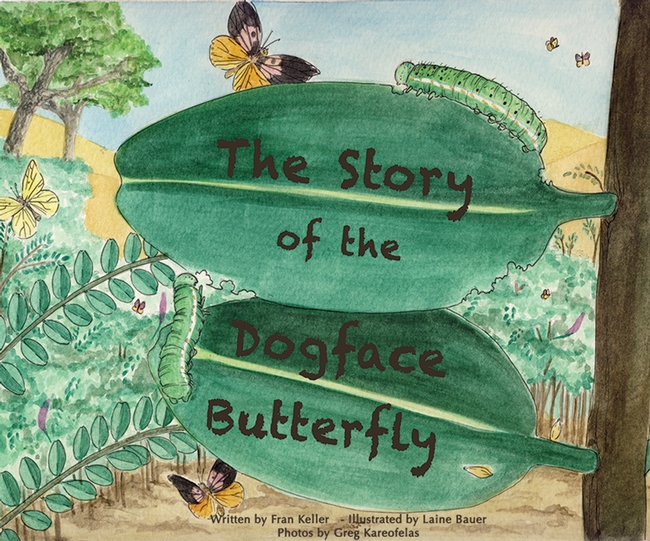 If you or someone in a household near you can draw a bug, then you need to head over to the Bohart Museum of Entomology on the UC Davis campus on Saturday afternoon, Dec. 15.

The Bohart Museum is hosting an open house from 1 to 4 p.m. in Room 1124 Academic Surge on Crocker Lane. It's free and open to the public.

The theme: "Insects in Art."

The person (all ages invited) who submits the most creative bug drawing between 1 and 3:30 p.m. will win a t-shirt at around 4 p.m.

Here's what you do: draw a bug that will fit into a button about 2-1/4 wide. The Bohart Museum folks will insert it into their button-maker machine.  If your bug art is selected as the most creative, you take the button home--and your prize, an insect-related t-shirt.

The open house will feature the illustrations of Lynn Kimsey, director of the Bohart and professor of entomology at UC Davis; the late Mary Foley Benson of Davis;  and Ivana Li, an undergraduate entomology student and president of the UC Davis Entomology Club.

Visitors also will be able to see the original plates for the children’s book, “The Story of the Dogface Butterfly,” written by Fran Keller, doctoral candidate in entomology, and Laine Bauer, who received her degree in art in June from UC Davis. Greg Kareofelas of Davis, a Bohart volunteer, contributed photos.

Expanding on the open house theme, Heydon said that “Insects and Art” began as early as the caveman days.  Cave drawings found in Spain depict honey gatherers from more than 10,000 years ago.

“Insects in art are found in scientific illustrations and are represented on fabric, paintings, toys, jewelry and other media,” Heydon said.

The Bohart Museum houses a global collection of nearly eight million insect specimens and is the seventh largest insect collection in North America. It is also the home of the California Insect Survey, a storehouse of the insect biodiversity. Noted entomologist Richard M. Bohart (1913-2007) founded the museum in 1946.

In addition to the insect specimens, the Bohart houses a “live petting zoo” of Madagascar hissing cockroaches, walking sticks and tarantulas; and a gift shop filled with t-shirts, sweatshirts, jewelry, posters, insect nets, and insect-themed candy. 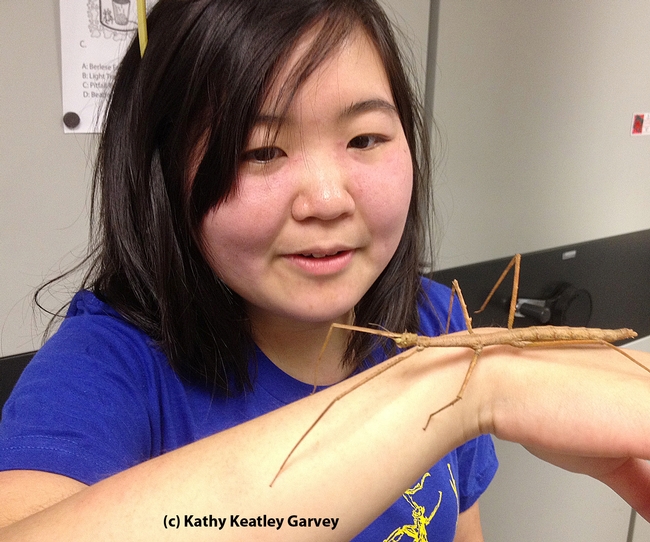