Bug Squad
sitenum=63
Happenings in the insect world
Can You See the Leaf?

If you look closely, you'll see a leaflike structure on each hind leg.

It's especially noticeable when the bug is on a brightly colored tomato or pomegranate.

Lately we've been seeing a lot of leaffooted bugs on our tomatoes. They're Leptoglossus phyllopus, as identified by senior museum scientist Steve Heydon of the Bohart Museum of Entomology, UC Davis.  The bugs emerge in the early morning for a few hours and then, moving quite sluggishly, disappear among the leaves, only to make their presence known late in the evening and early the next morning.

They're pests of many fruits, vegetables, grains, nuts and ornamentals, but they're so unusual looking that they draw the attention of photographers and other curious folks. It's camouflage at its best--except when they're on ripe red tomatoes and pomegranates. Then it's as if they're wearing neon.

The UC Statewide Integrated Pest Management (UC IPM) Program has this to say about leaffooted bugs on almonds:

"The leaffooted bug is an infrequent pest in almonds that gets its name from the small, leaflike enlargements found on the hind legs of the large nymphs and adults. Adult bugs are about 1 inch long and have a narrow brown body with a yellow or white zigzag line across its flattened back. Adult females lay eggs in strands of usually 10 to 15 eggs that are often found on the sides of nuts in almonds. Eggs hatch into small nymphs that resemble newly hatched assassin bugs."

Also read what UC IPM has to say about leaffooted bugs on pomegranates and several species: Leptoglossus clypealis, L. occidentalis, and L. zonatus. 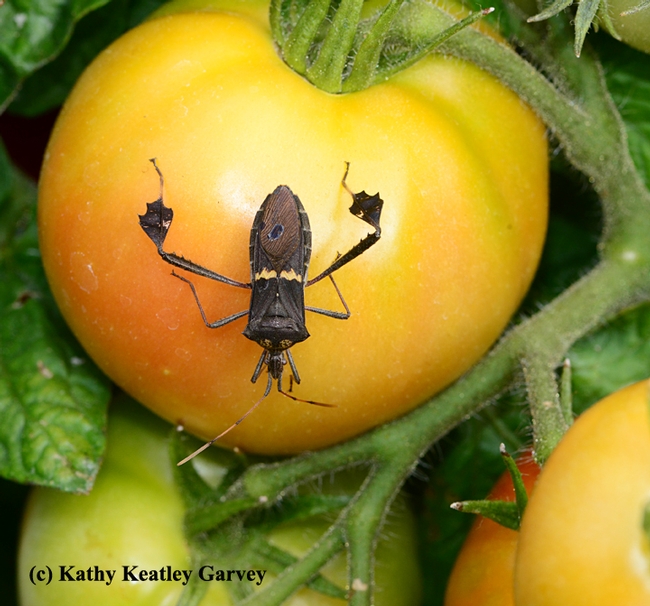 A leaffooted bug on a tomato. This is Leptoglossus phyllopus, as identified by senior museum scientist Steve Heydon of the Bohart Museum of Entomology, UC Davis. (Photo by Kathy Keatley Garvey) 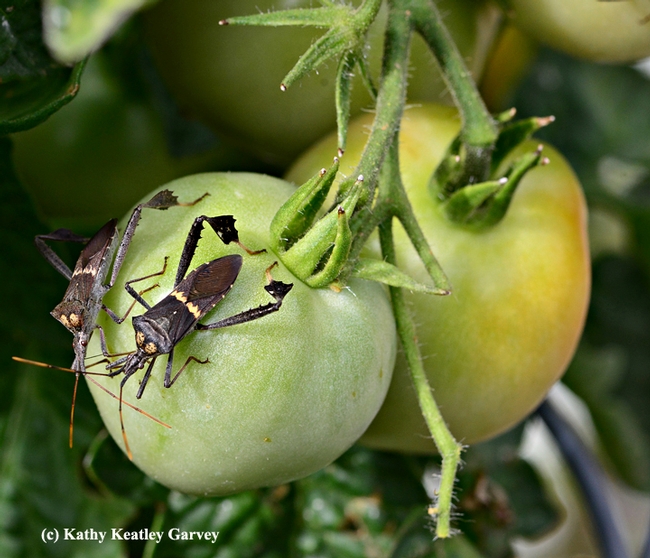 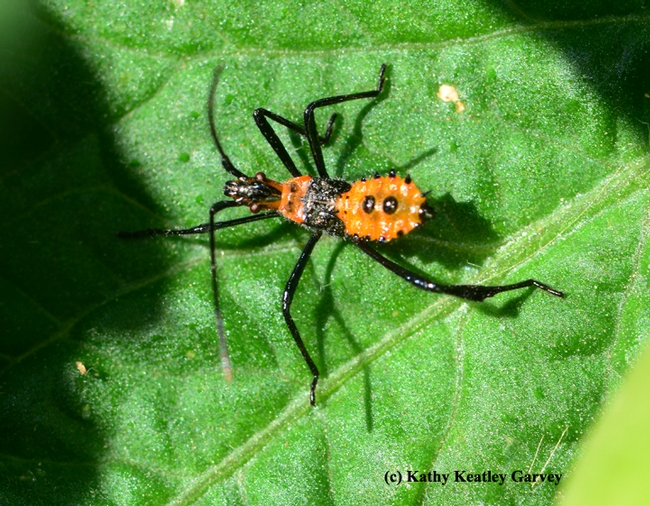 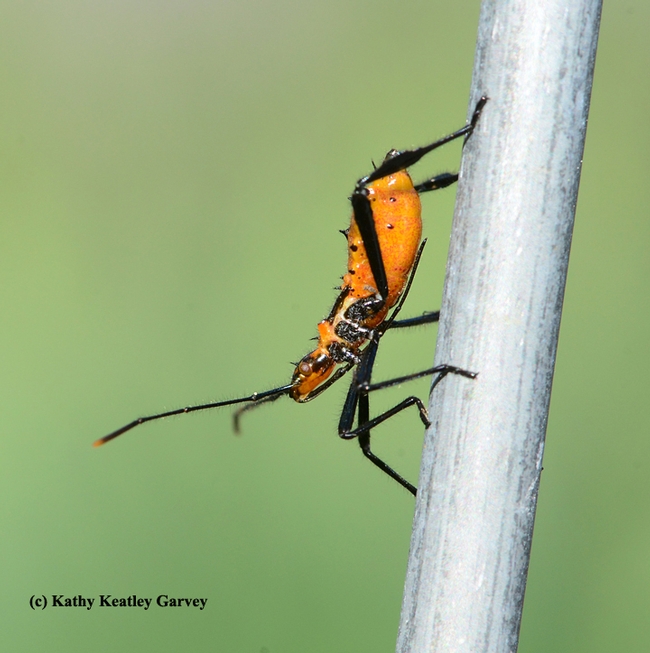