Installing the panels. (Photo by Kathy Keatley Garvey)
It’s all about the bees, the garden and the art.

Diane Ullman and Donna Billick, co-founders and co-directors of the UC Davis Art/Science Fusion Program and their associate, professional mosaic ceramic artist Mark Rivera of Davis, began installing the work, titled “Life in the Hive,” on Thursday, May 30.

Students in the Entomology 1 class, taught by Diane Ullman, associate dean in the UC Davis College of Agricultural and Environmental Sciences and professor of entomology, and self-described “rock artist” Donna Billick, created the panels on all three of the once-barren cement planters.

The latest addition, “Life in the Hive,” is the work of the spring-quarter Entomology 1 class. The students will gather in the haven on Saturday, June 1, to complete the installation. They will then discuss their work at a special event from 6 to 8 p.m., Tuesday, June 4 in the haven.

“Life in the Hive,” lettered with “Honey Bee Haven” and “Häagen Dazs,”  depicts the life cycle of the worker bee, queen bee, and drone. It also features a waggle dance, the queen bee and her retinue, and a newly emerged queen bee stinging and killing a competing queen ready to emerge from a cell. The art also depicts nurse bees, undertakers and foragers.

Another panel shows a “before” and “after” person: "before" when he was deathly frightened of bees, and "after," when he developed an appreciation for them.

The haven is a year-around food source for bees and other pollinators and is designed to (1) raise public awareness about the plight of bees, and (2) to show visitors what they can plant in their own gardens. Part of the UC Davis Department of Entomology, it is located just a few yards from the Harry H. Laidlaw Jr. Honey Bee Research Facility.

The garden is open to the public from dawn to dusk for self-guided tours. For guided tours (nominal fee involved), the contact person is Christine Casey at cacasey@ucdavis.edu. 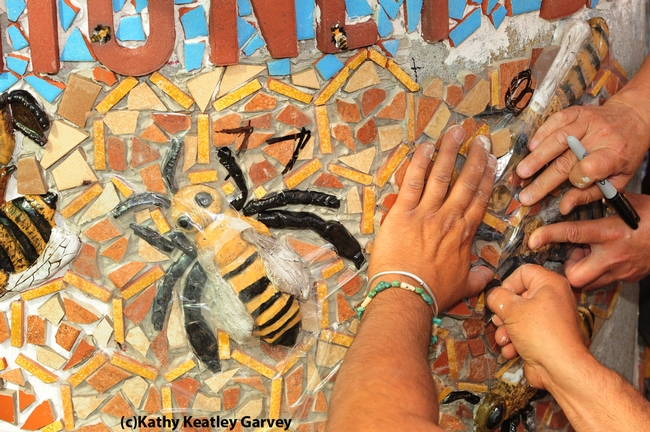 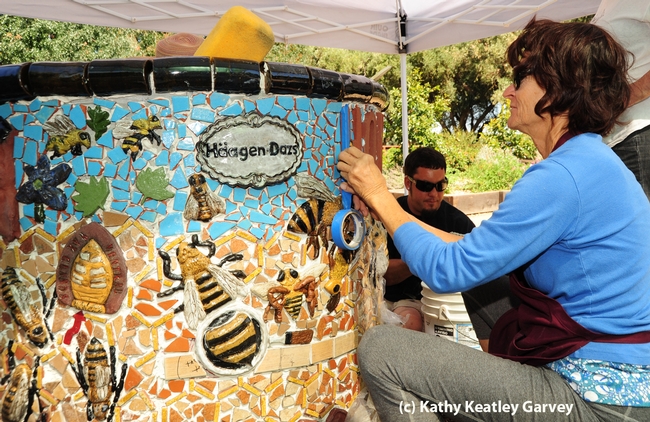 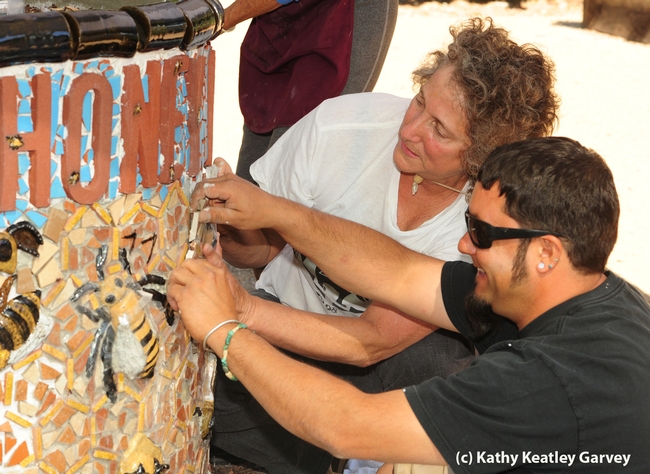 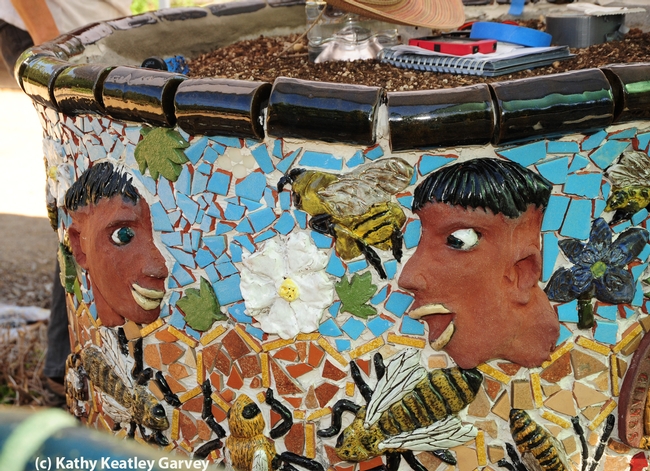 This art depicts "before" and "after": "before" when the man was deathly afraid of bees, and "after," when he developed admiration. (Photo by Kathy Keatley Garvey) 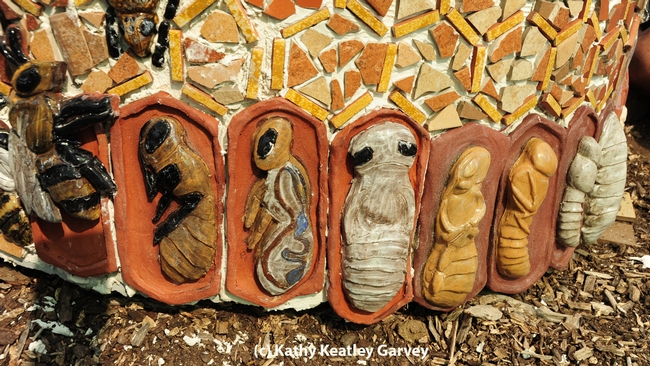 The life cycle of the honey bee. (Photo by Kathy Keatley Garvey) 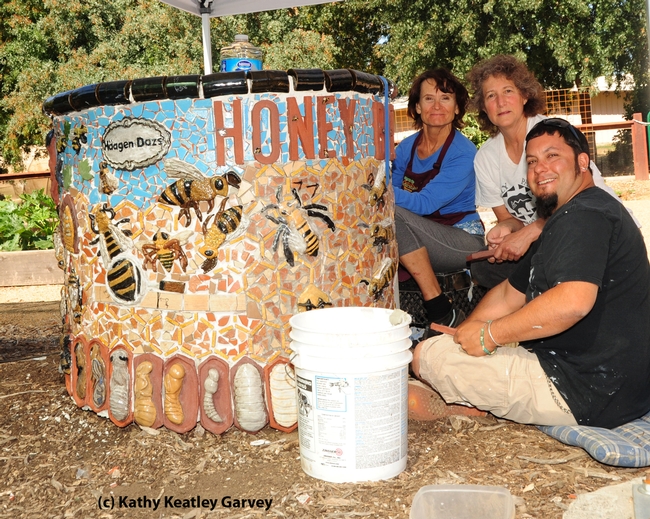 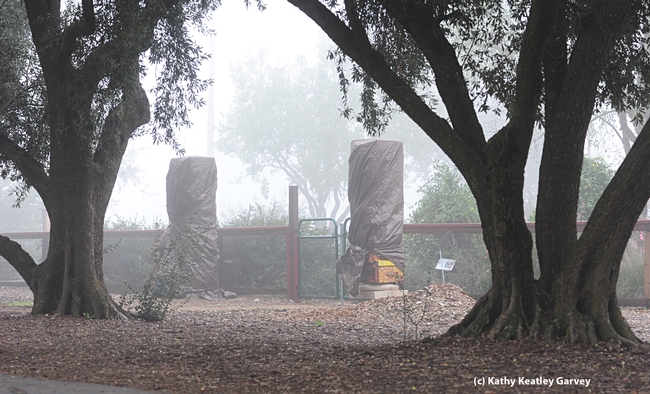 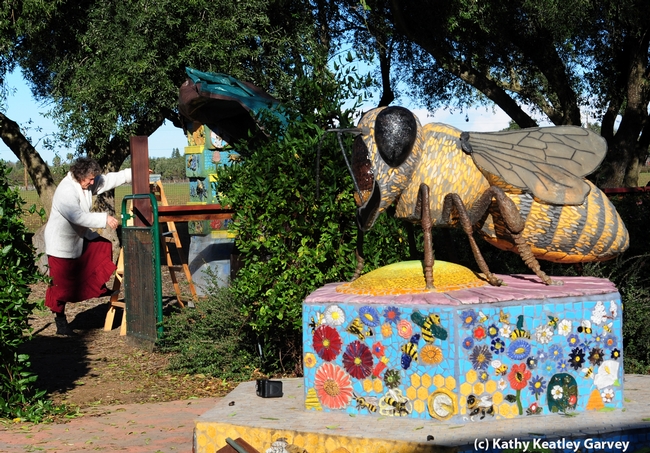 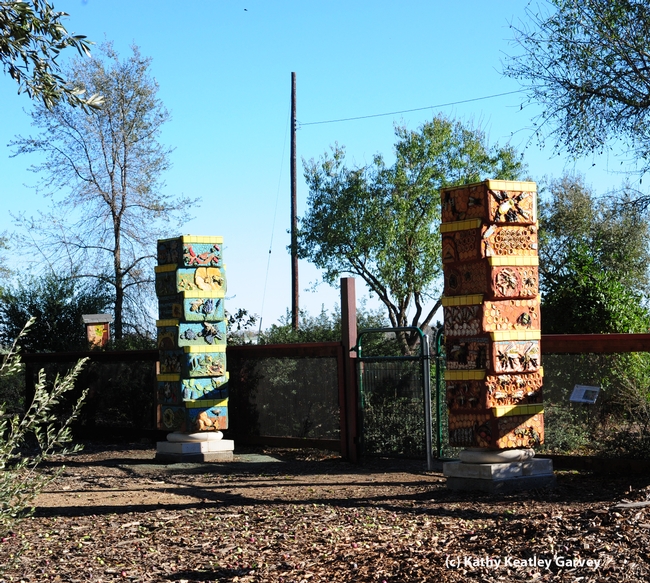 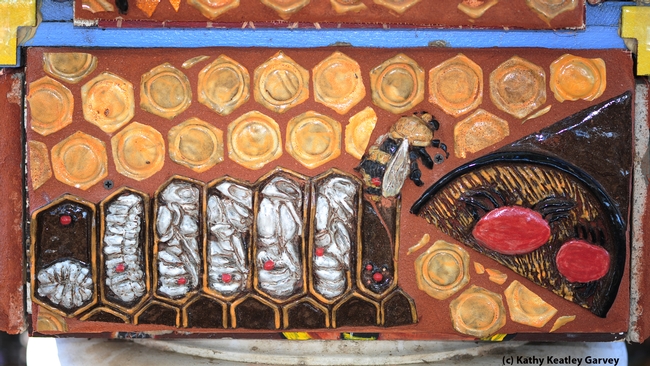