UC Davis arachnologist Jason Bond (Photo by Kathy Keatley Garvey)
Halloween is over, but the misinformation spread about spiders never will be.

A Facebook post that went viral has resulted in USA Today setting the record straight today (Nov. 9) by conferring with UC Davis arachnologist Jason Bond. He's an expert on spiders; the Evert and Marion Schlinger Endowed Chair, UC Davis Department of Entomology and Nematology; and the newly appointed Associate Dean for Research and Outreach for Agricultural Sciences, UC Davis College of Agricultural and Environmental Sciences.

The "trouble" began Oct. 27 when a Facebook user in Nigeria posted several pictures (at 3:46 a.m., by the way!) of a gorgeous spider (well, I think it's gorgeous).  She warned: "For those of you who are going to the beach. Please beware of this. Don't try to pick it up thinking it's a work of art. It's a very poisonous spider. If it stings you, you will die within five minutes."

Many expressed disbelief at the very start. Scolded one Facebook user in all caps: "THERE IS NO SPIDER BITE THAT I KNOW OF THAT WILL KILL YOU IN 5 MINUTES. TALK TO ME." (She apparently didn't.) Others found the text and images as terrifying as "murder hornets."

The spider? It's in the genus Cyclocosmia and belongs to the family of cork-lid trapdoor spiders.

Bond told USA Today in a Nov. 5th telephone interview: “Nearly all spiders have venom, but very few of those are toxic to humans. Cyclocosmia is one of those spider groups that has no known toxicity to humans...Most people have never seen (them) because you really have to go out and look for them. They're not incredibly common, and then, of course, you'd have to dig one out of its burrow to even get bitten by it.”

“(In) all my years of collecting and working on trapdoor spiders, the only time any of us have ever gotten bitten by one was in the lab, when we were trying to photograph them,” Bond told USA Today. “For most spiders, you have to provoke them, you've got to grab them, you have to do something to make them really defensive to get them to bite you.”

He further said: "In that rare situation when a trapdoor spider bites, you might feel the pinch of tiny fangs, but you don't really feel anything from the venom.”

Nature photographer Nicky Bay, an incredible macro photographer, took the images of the cork-lid trapdoor spider in Thailand and posted them on his Flickr account in 2019. He clarified: "The cork-lid trapdoor spider has a highly sclerotised and abruptly truncated abdominal posterior, which is used as a plug to its burrow entrance. This prevents any effective attacks from predators such as wasps."

Apparently someone "found" his copyrighted images and "borrowed" them.

Meanwhile, arachnologists around the world must be (1) shaking their heads in unison and in disbelief  (2) laughing uproariously or snickering outlandishly or (3) wondering if they can create a "Oreo spider" costume for next Halloween. 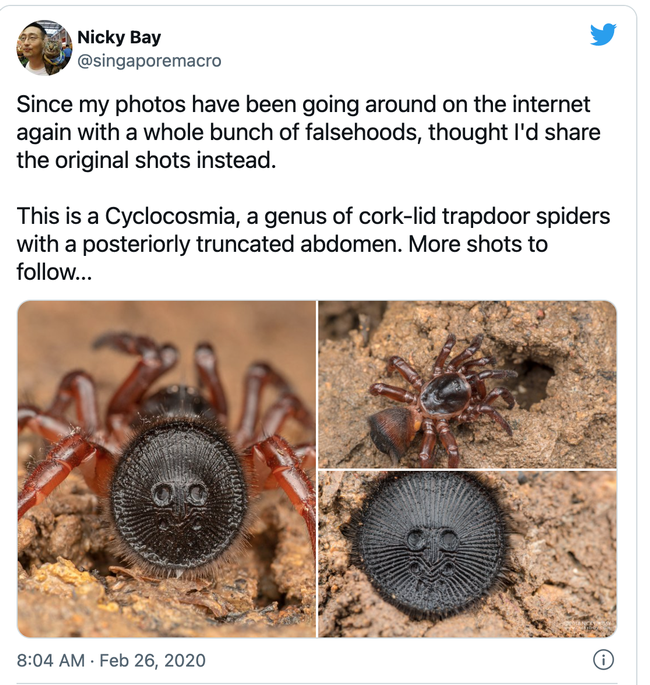 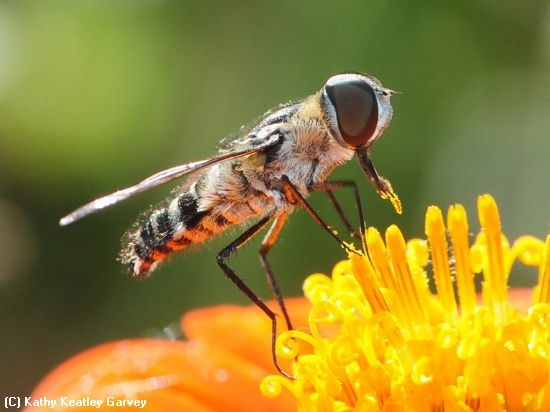 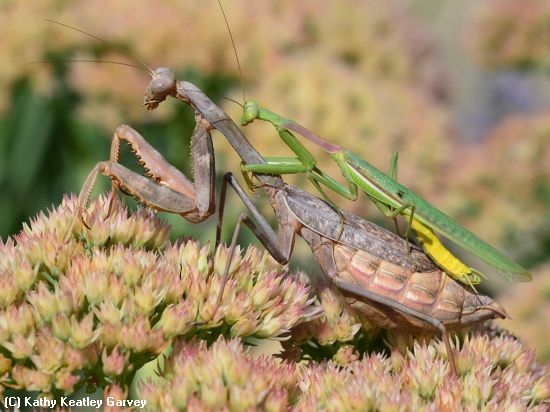