"It was a bad hair day," quipped native pollinator specialist Robbin Thorp, emeritus professor of entomology at the University of California, Davis.

Thorp was looking at several photos I took April 14 of a yellow-faced bumble bee, Bombus vosnesenskii Radoszkowski, 1862, foraging on rock rose (Cistaceae) at the Petaluma marina. With winds gusting at 18 miles per hour, the lone bumble bee struggled to right itself as the "Flight of the Bumble Bee" turned into "Crash Landings of the Bumble Bee."

This bee, also known as the Vosnesenskii Bumble Bee, was named by Polish entomologist Oktawiusz Wincenty Bourmeister-Radoszkowski (1820-1895) who worked in the Russian empire. It is one of the most common species near the West Coast, write Thorp, Leif Richardson, Sheila Colla and lead author Paul Williams in their newly published book, Bumble Bees of North America: An Identification Guide" (Princeton University Press).

Its habitat: open grassy areas, urban parks and gardens, chaparral and shrub areas, and mountain meadows. Indeed, the shrubby area around the Petaluma marina is perfect for bumble-bee habitat.

This little bumble bee showed a preference for rock rose, but the wind rocked its world. 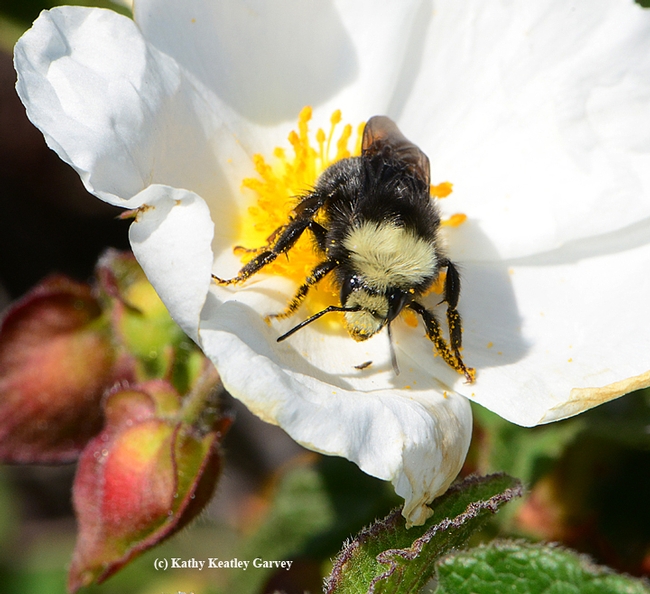 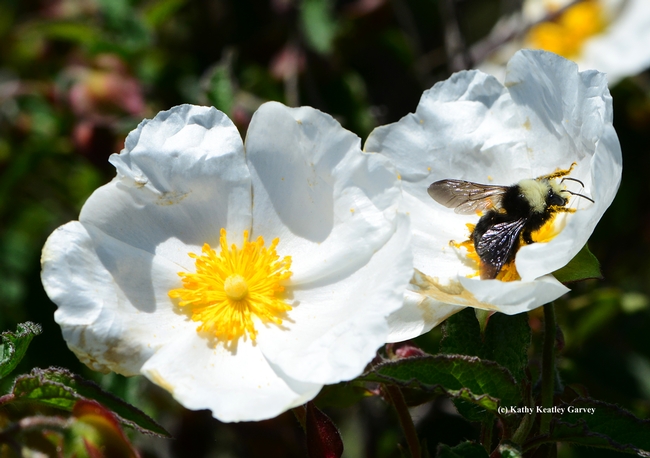 Gust of wind blows the bumble bee to the next blossom. (Photo by Kathy Keatley Garvey) 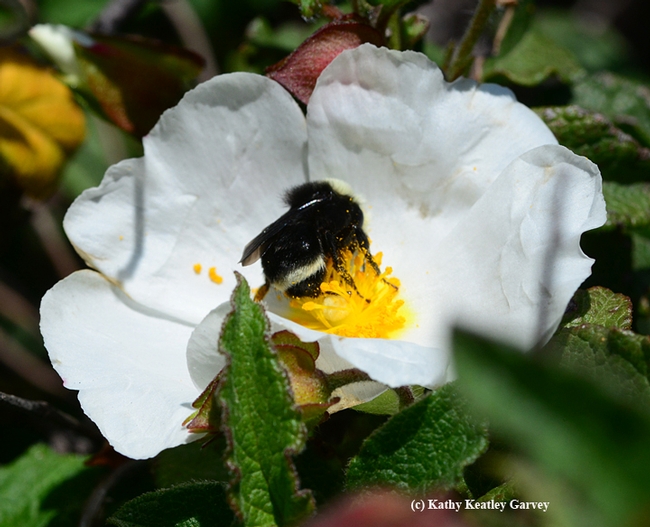